Can you believe it?  This is officially our 200th post!  Color me OCD, but I love wrapping up things neat and tidy with a nice round number - this will be our last post of 2012!  We should be having a giveaway or something, but the big 2-0-0 just snuck up on me and found me totally unprepared.  That just means our next giveaway will be extra awesome - STAY TUNED!

Pierce Brothers Westwood Village Memorial Park  is some of the most exclusive real estate in Los Angeles.  In fact, it can be said that major Hollywood stars are just dying to move in.  Situated in the dead center of Westwood Village, it is the final resting place of some of Tinsel Town's brightest luminaries.

The best part about Westwood Village Memorial Park is that Marilyn and all of the stars are fairly easy to locate because the park itself is rather small.  Actually the hardest thing to do is to find the park itself.  It is nestled behind a library, a church, office buildings, and residences; it is like a secret garden and once inside, it is a celebrity seeker's dream come true.

Actors, singers, comedians, directors, studio executives, and authors all mingle together for an otherworldly Hollywood party. 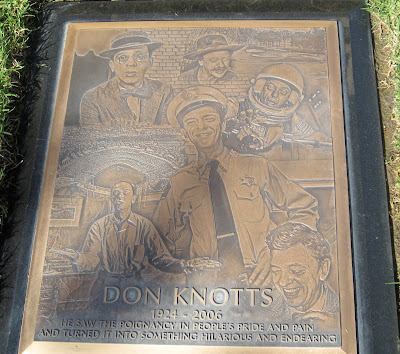 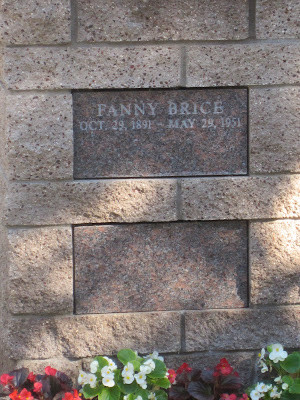 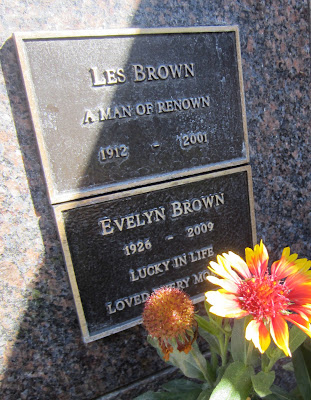 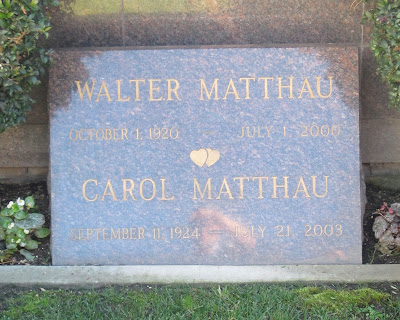 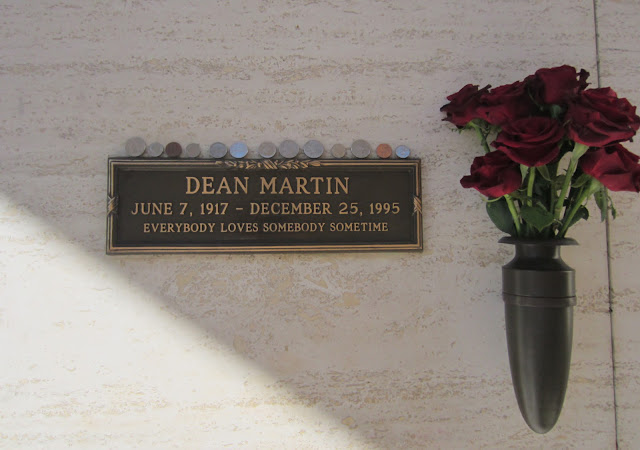 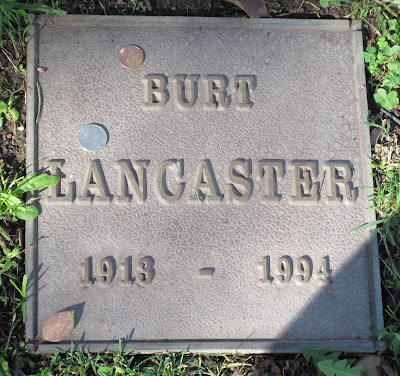 I couldn't quite make out the epitaph so I had to ask, "Is that Shelley Winters or Judy Holliday."  Neither, it's Eve Arden.  I Love Lucy, anyone? 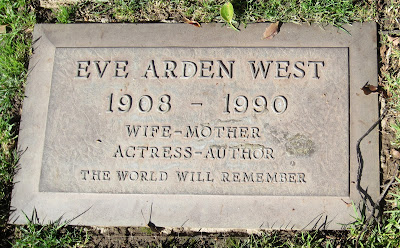 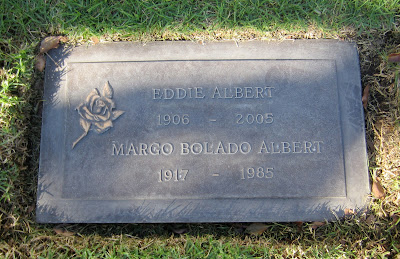 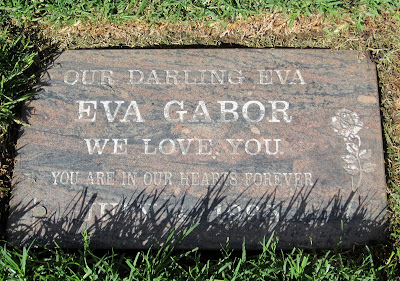 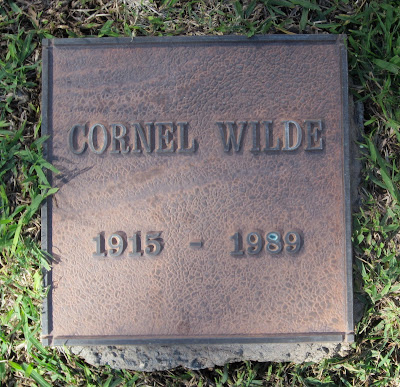 As is the case with many of our expeditions into the world of wacky tacky, we stumbled upon unexpected opportunities to share our knowledge and interests.  As we were leaving the park, we were stopped by Hannah, a field reporter for German public radio.  She was on assignment to find out why people are drawn to graves, particularly celebrity graves.  After addressing all of the creepy issues like obsession with death and asking if we believe that the spirits of the dead stars are roaming the park, we explained to Hannah that our interest is simple - a love of old Hollywood and wonderful music.  After the interview was concluded (good thing I took German in High School) we chatted with Hannah about her experience in America.  She likened her native Berlin to a big, cozy grandmother who nestled you in her bosom and fed you well.  Los Angeles, on the other hand, was like a young, sexy woman with medically-enhanced assets who would use you for fun and then move on to the next thing.  Trust me, it sounded very cool with a German accent!  Unfortunately, I don't have the link to the interview but if I find it, I will be sure to pass it along. 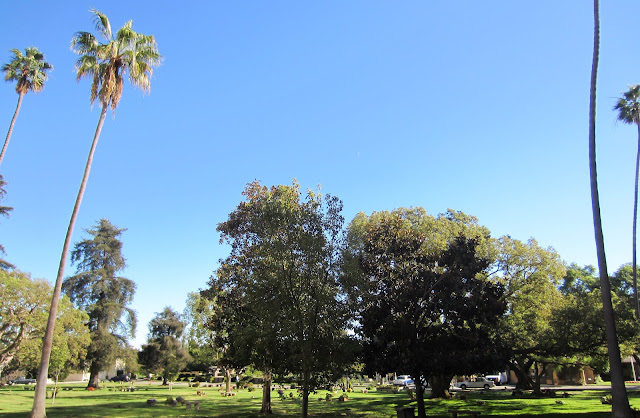 As we bid adieu to these icons of Hollywood and to the year 2012, I want to say thanks for keeping the wacky tacky momentum alive.  The pleasure I get from writing this blog is immense and second only to the great thrill I get from meeting you guys. I hope that you have a safe and crazy sane NYE and a healthy, prosperous 2013!  I'm just sure that the new year is going to bring us all plenty of opportunities for wild and wonderful wacky tacky adventures!