I love Halloween.  I love it even more as an adult than I did as a child.  It has less to do with candy and costumes than the simple fact that in comparison to holidays like Christmas and Easter, Halloween requires very little from me.  I used to think Thanksgiving fell into the category of easy holidays simply because no gifts were exchanged, but after all of the grocery shopping, preparation, cooking, cleaning, and last minute trips to the grocery store for forgotten items, Halloween feels like a vacation.  For me, Halloween just isn't Halloween without some of my favorite, standard, spooky programming.

I hate, repeat hate, scary movies.  I am of the opinion that the world in which we live is about a scary as I can handle and I don't need demented clowns forcing me to amputate parts of my own body keeping me awake at night.  Nor do I need an angry, burn victim with knife-hands terrorizing me in my sleep.  One year I went to a friend's Halloween party and in a continuous loop, the television displayed "best of" clips from some of the most famous horror franchises.  I am haunted to this day.  As much as I detest horror/slasher movies, I love mildly-spooky, Halloween programming with 5-to-10-year-olds as the target audience.  Gimme a good cartoon and I am happy.  No surprises here - I refuse to let a Halloween pass without watching Disney's Ichabod and Mr. Toad.  Who doesn't love the Washington Irving tale of the New England school teacher chased through the woods by a headless horseman?  Who doesn't get a kick out of the heavily-Mary Blair influenced animation?  Who doesn't want the opportunity to let the mellow "boo-boo-boo-ing" of Bing Crosby's mellifluous voice ingrain itself into the soundtrack of another holiday beyond Christmas?  I ask you, who?  To get you in the Halloween spirit, here are some pieces of Mary Blair's (it is never too soon to feature Mary Blair again) concept art for "The Legend of Sleepy Hollow" and the finished cartoon in three parts.

And just one more for good measure... 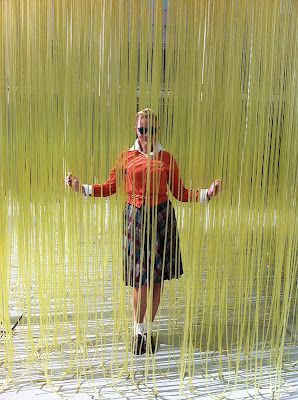 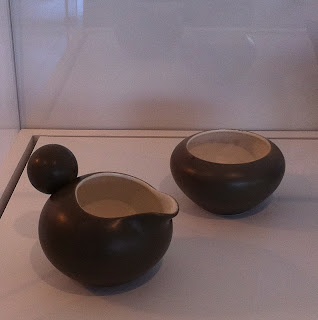 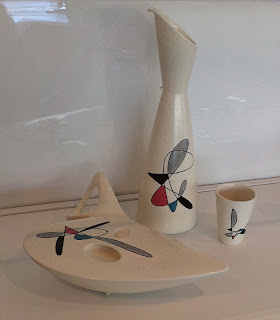 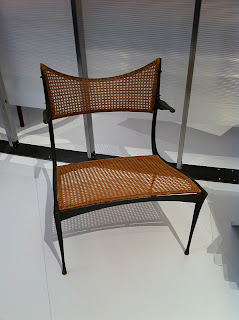 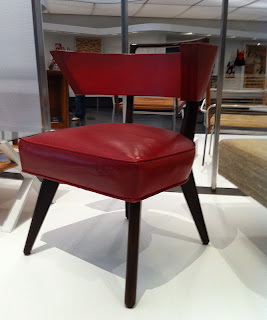 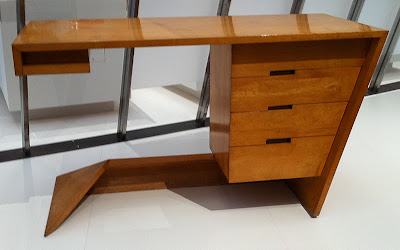 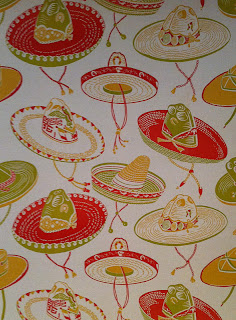 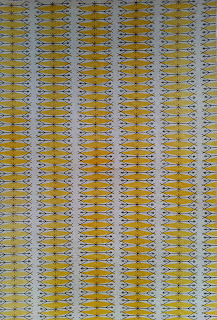 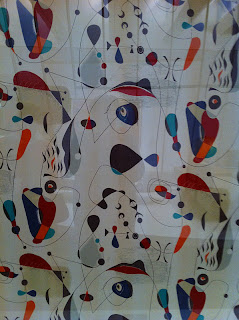 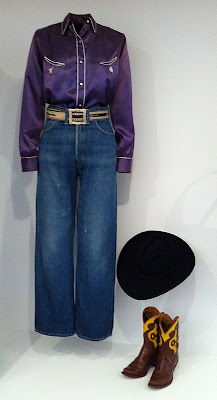 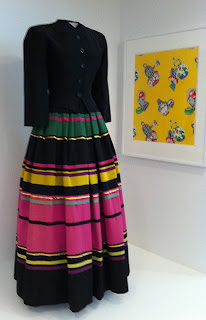 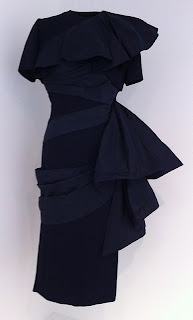 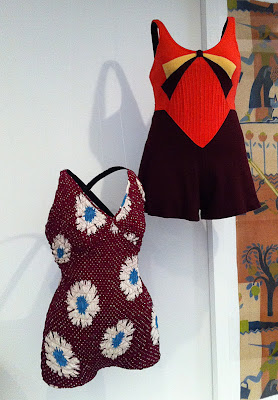 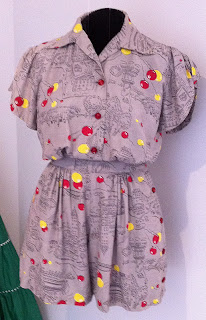 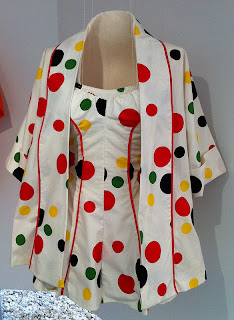 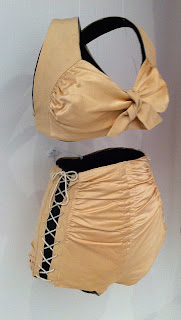 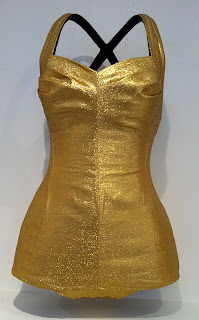 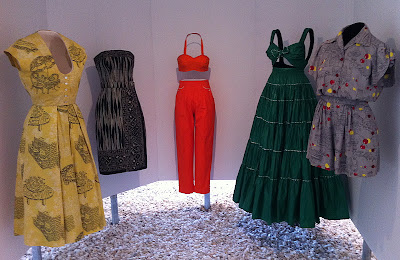 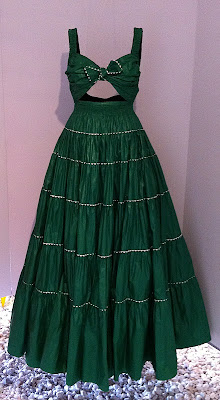 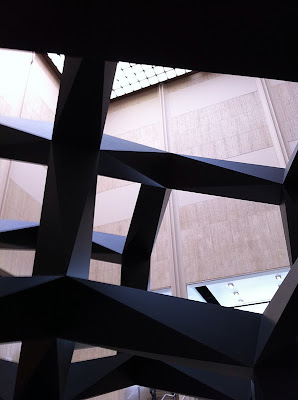 Thanks Google Home Page for stealing my thunder!!!  I have been planning this post for the last four and a half months - I just got a little sidetracked after I began the first draft on June 7.

One of my many intentions with this blog was to highlight some of the artists that inspire me and give credence to the wacky tacky ideal.  Mary Blair may be kind of trendy.  She may be kind of hip.  She may be the Disney nerd's trump card in the Disney history card game (to those folks, I have just two words "Peter Ellenshaw" - look it up).  Nevertheless, Mary Blair is truly awesome and deserves as much recognition as the wacky tacky world can grant her.  In honor of her 100th birthday, I thought I'd share a few of the images that made me love Mary Blair. 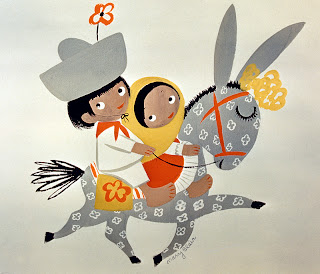 The kids in my family were raised on the classic cartoons as well as the animated and live-action films of the Walt Disney Studios.  We were one of the first families to have The Disney Channel when it arrived on cable television because we were the family used in the commercial to promote said channel (I finally transferred the video cassette rough cuts/outtakes to DVD but they are lengthy and probably only amusing to those involved).  This deep connection with classic Disneyana is in every way associated with the brilliance of Mary Blair. 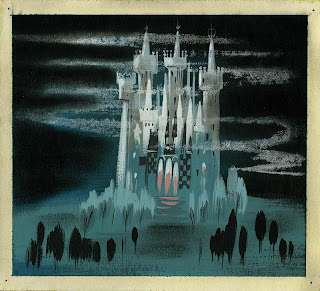 I first started to love Mary Blair before I even knew who she was.  Her concept art was the template for so many Disney productions including one of my favorite Disney cartoon shorts, "The Little House."  Oddly enough, it is the story of a charmed, little house that endures the urbanization of its once bucolic home and the ravages of time to eventually rediscover happiness as the restored, dream cottage of a newly-married couple.  Incidentally, the story is narrated by the inimitable Sterling Holloway.  Really, Mary Blair and Sterling Holloway, how could you lose?

I love Mary Blair because she was more than just an artist, she was a trailblazer.  The 1940's and 50's saw few women at the Disney Studios working outside of the ink & paint department.  Mary Blair and her art were not just an early attempt at equality in the workplace, they were a driving force behind the look of golden-era Disney.  While her concepts were invariably softened by animators both in tone and in form/line/color, the "Mary Blair" stamp is unmistakable on all of her work.  She was also one of the only women hand-picked by Walt Disney as part of El Grupo, the group of artists/animators who would accompany him on his government-sponsored tour of Latin America that resulted in "Saludos Amigos," "Pedro," "El Gaucho Goofy," "Aquarela do Brasil," "Lake Titicaca," and "The Three Caballeros."

I love Mary Blair because her art inspired more than my favorite cartoons, it also inspired immersive, interactive experiences namely, It's a Small World.

I love Mary Blair because she was an unintentional style maven.  When one sees photo stills of Blair and the film reel footage of her included in the documentary film Walt & El Grupo, it is clear that her personal style was anything but Main Street, USA.  Blair was an artist, a bohemian. 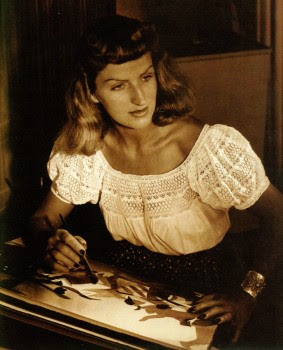 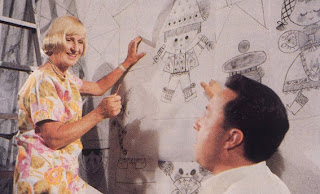 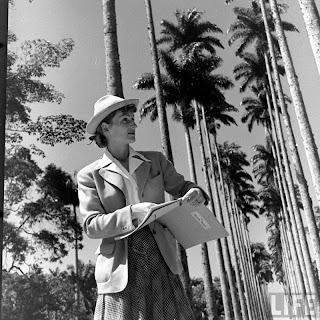 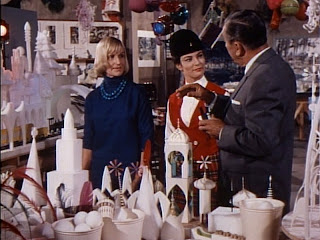 I love Mary Blair because her work had such a specific point of view.  Her art was not only distinctive among her contemporaries, but it continues to be so singularly attributable to Blair.  Her use of shape and color is inspired.  While she was an employee of a company that has a reputation of strict, corporate control and painstaking consistency, her work was representative of a unique vision.

I love Mary Blair because she had a career beyond the Disney Studios.  Some of her best work was as a commercial and children's book illustrator. 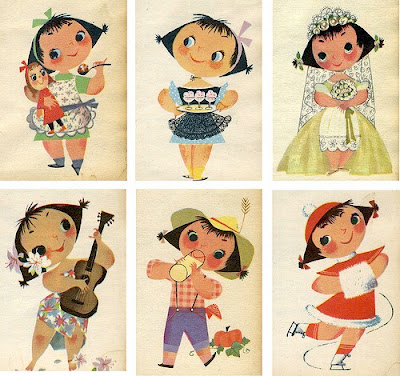 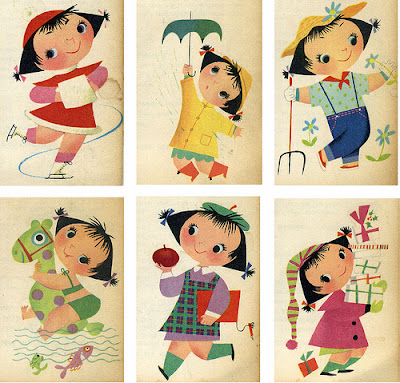 I love Mary Blair for all of these reasons and I hate her just the same  - but only out of sheer artistic jealousy! 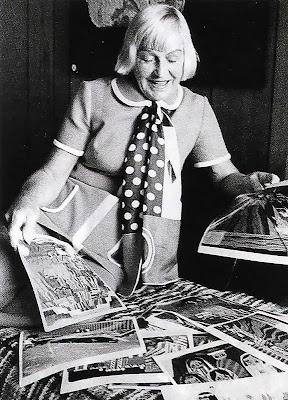