I had this blog backlogged and thought I would bring it to you while I finish editing all of our pictures from Barcelona.  I have left you good people without decent reading material for long enough and I can't countenance one more day without a post...

Have you noticed that contemporary buildings have become so utilitarian by nature of their design that the only discernible difference between a shopping center, a suburban home, and a jail in Communist Russia is the generally good humor of the Russian inmates.  This was an abstract concept for me until they started building a new strip shopping center near my house.  As each new building went up, it was impossible to guess what would go inside the stucco, taupe-colored boxes.  Frankly, it could be anything - Taco Bell, auto parts store, bank, dentist office, shoe store, market.  I guess the idea is to make it as generic as possible so that when businesses cycle through, the only real change that would need to be made is switching out the outsized, plastic sign.

Don't get me wrong, I love the convenience of Target.  I love the abundance of food choices and the idea that with new construction comes new jobs and new opportunities for businesses to thrive.  But would it kill architects/contractors to give these buildings a little personality?   More than just boring, these buildings fail to serve as the landmarks that I so desperately need when driving or giving directions.  I live near and work in a certain community that is famous for being "beige" in every aspect.  I get lost there all the time because not only do the streets meander (I'm a firm believer in the grid), but when someone says turn left at the tan building, you could be driving in circles for hours without ever reaching your destination.  I say all this not to bemoan the foibles of modern society, but only express my deep appreciation for the masterminds that created the wonderful 20th Century bowling alleys that are still plentiful and ready to be enjoyed not just for their leisure activities, but for the distinct figure they cut in the skyline.  One such bowling alley is La Habra 300 Bowl in La Habra, CA. 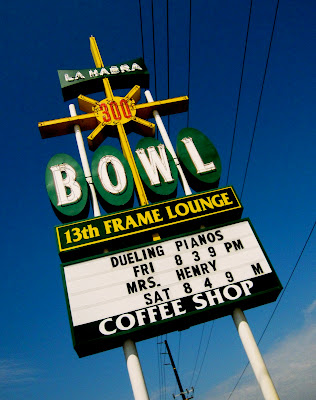 La Habra 300 Bowl is so old-school that they don't even have a website (editor's note: as of December 2012, La Habra 300 Bowl has a website), so you'll just have to take my word as gospel on the information I provide you.  Situated just a few miles east of Friendly Hills Bowl (our last featured bowling alley), LH300 is just as famous for its unusual coffee shop as it is for its gleaming lanes.  Consider this, the most popular items on the menu are, if you can handle this, Chinese food!!!  Chinese food, albeit of the American variety, seems like an unlikely style of cuisine to be proffered in the coffee shop of a bowling alley, but it's true and every regular in the place told us that we had to come back for some Egg Foo Yung.  I think it's a fiendish plan by the management; everybody knows that when you eat Chinese food and then bowl, you'll just be hungry for another frame of bowling an hour later. 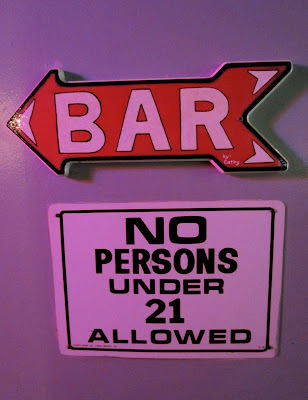 I think my snickering at the ball polish combined with the consistent flash of my camera finally brought about the inevitable - a confrontation by the management.  We're always so distracted by our excitement over neat stuff (and taking pictures of said stuff) that it never occurred to me that anyone would question my motives.  Nevertheless, after a brief interrogation by the manager, where I told her that my intentions with her bowling alley were quite chaste, we were back in action.  Although, given her grimace, I'm sure I left her unconvinced that we weren't just weirdos with a camera.  Heck, I haven't even convinced myself of that.


Just a question, before I let you go.  Is "300" a perfect game in bowling?  That is my guess as to the significance of the name, but maybe someone out there can clarify this small detail for me.  Oh, and one more question; who determined that a strike in baseball is a bad thing but a strike in bowling is the best?  Until I find out the answers to these, life's greatest mysteries, I wish you turkeys all the turkeys I can spare. 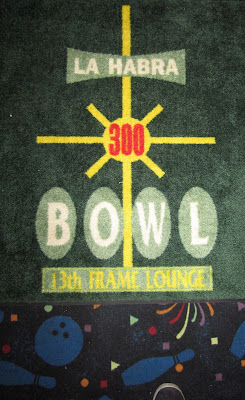