The only thing consistent about Hollywood is its insatiable desire for "the next big thing."  Left in the wake of obscurity created by Hollywood's endless voyage towards new horizons are many people who devoted their entire careers to the business of show.  One of those folks is Crash Corrigan.

Crash Corrigan found minor success as no-name working actor in B-movies.  He really hit his stride when his willingness to perform extreme stunt work made him a hot commodity and a star of action films - particularly Westerns - of the 1930's.  In 1937, Corrigan parlayed his affinity for the West with his knowledge of the film industry into Corriganville Movie Ranch, a parcel of land that he bought, and on which he built a fully-functioning Western town, with the express purpose of renting it as a location for filming.

By the late 1940's, the entrepreneurial Corrigan saw an opportunity to exploit the possibilities of his Old West town even further.  Why not open the ranch to the public?  In the days of The Lone Ranger, Hopalong Cassidy, and Roy Rogers, it only made good business sense to recreate live scenes of cowboy bravery and high noon shootouts for public consumption.  At the height of its popularity, Corriganville Movie Ranch was a much larger draw than its cowboy cousin to the South, namely Knott's Berry Farm.

There is nothing we love more at wacky tacky than a midcentury interpretation of the Old West, so we were hot on the trail of Corriganville Movie Ranch.  It seemed the perfect destination for an adventure day with our pals Jesse and Emily (a lover of old Hollywood and head blogger at The Silver Screen Affair).  Knowing that the movie ranch itself was long gone, we were hoping to see some remnants of Corrigan's vision.  Unfortunately, the parts of Corriganville that were not devastated by a fire, were destroyed by earthquakes.  Anything else that was left was torn down in the interest of public safety.  The good news is that the land on which Corriganville stood is now a park that can be explored by anyone with a free afternoon and a love of cowboy culture and the great outdoors. 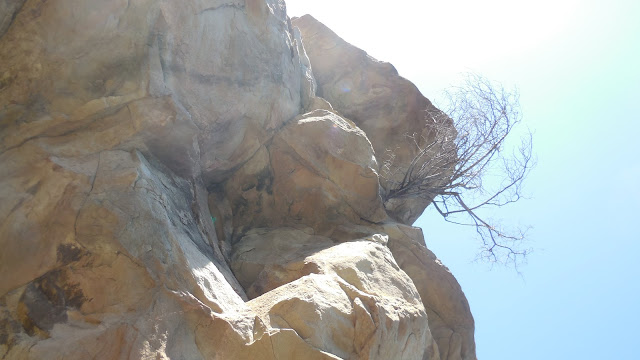 The neat part about this movie ranch turned nature reserve are the markers placed throughout the park that identify the history of the land and the films that were shot onsite.  While Corriganville was a prime location for Western pictures, its sprawling grounds made it a natural for shooting films of all kinds.  Would you believe that the Tarzan movies starring Johnny Weissmuller were filmed there?  As a matter of fact, it was Ray "Crash" Corrigan, as Weissmuller's stunt double, who wowed moviegoers by swinging from vine to vine.

A bitter divorce between Corrigan and his wife was the beginning of the end for Corriganville Movie Ranch.  Unwilling to sacrifice Corriganville to California's well-known community property laws, Corrigan sold Corriganville Movie Ranch and all of its assets to Bob Hope when it henceforth became known as "Hopetown" (as much as we like Hope, this is pretty lame).  According to our sources, it was a persuasive call placed by Walter Knott, of Knott's Berry Farm, to Hope that sealed Corriganville's fate.  The exact details of the phone call are lost to history but what is known is that Corriganville/Hopetown languished, burned, eventually became a ward of the parks department.  While we wish that Corriganville was still a working Western Town/film location/theme park, it was nice to see that the land has been preserved for wacky tacky adventure days.

Just up the road from Corriganville Movie Ranch is another bit of Simi Valley history.  Instead of heading immediately back to the freeway after leaving the park, we made a fortuitous turn and found the transplanted Santa Susana Railroad Depot.  This unexpected stop on our adventure gave us even more insight into the history of Corriganville.

Looking almost exactly as it did on its first day of operation in 1903, the transplanted depot turned museum serves as a historical landmark in the valley, a monument to early 20th Century rail travel and commerce, and a place for train enthusiasts to watch the trains go by and to build railroads of their own.

The depot is outfitted with all the trappings of an early 20th Century train station. 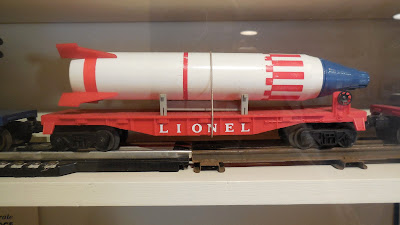 The most thrilling part of the Santa Susana Railroad Depot was another wacky tacky favorite - miniatures!!!  A large portion of the facilities are dedicated to a huge collection of Lionel trains and a scale model railroad.


If you're in the market for a wacky tacky adventure day, consider heading up to Simi Valley.  We got a great dose of the Old West, Hollywood lore, railroad history, and vitamin D!  When you're there be sure to give our regards to Crash and to Curt!