There are none so disillusioned as I after my first screening of the ultimate film-noir classic, Double Indemnity.


Having grown up with Fred MacMurray as the genial eccentric/teacher/scout-leader/father-figure featured in The Shaggy Dog, The Absent-Minded Professor, Bon Voyage!, Son of Flubber, Follow Me Boys, The Happiest Millionaire, and My Three Sons, I was totally unprepared to confront the murderous anti-hero of Billy Wilder's opus of sin and seduction, Double Indemnity.  How could Disney's all-American good guy have been so bad?!!


It didn't take long for me to forget flubber and embrace old Fred as the flawed everyman strangled by his own lust, greed, and hubris - the film is pure genius!  Many years and many viewings later, Double Indemnity definitely ranks among my favorite movies of all time.  It is a wonder then that it took so long to go and find the Dietrichson residence, a true Hollywood Hills dream home!

On a recent adventure day with the wacky tacky adventure team, we made sure to include the Double Indemnity house on our architectural tour.   In the film, the location is described as "near Los Feliz Boulevard" and technically it is; but after wending one's way along the narrow, winding roads to the top of the hill, the house feels a world apart from the lowlands.  With two movie buffs in the wacky wagon, an unwitting passerby might have thought we saw a spaceship landing - awestruck is an understatement.

The garage doors were wide open when we visited as there were several crews working at the house on that day.  We were definitely conflicted between respecting the fact that it was a private residence and wanting desperately to go on a self-guided tour of the property.  Luckily for the homeowners, the highly-professional workmen kept these wannabe trespassers at bay (no harm in asking, right?).

Are you a nut for old Hollywood?  Do you count yourself as a Fred fan?  Have you ever house hunted for film locales?  Are you an admirer of Double Indemnity?  Have you ever committed adultery, murder, and insurance fraud all at the same time?  Wait a minute...don't answer that! 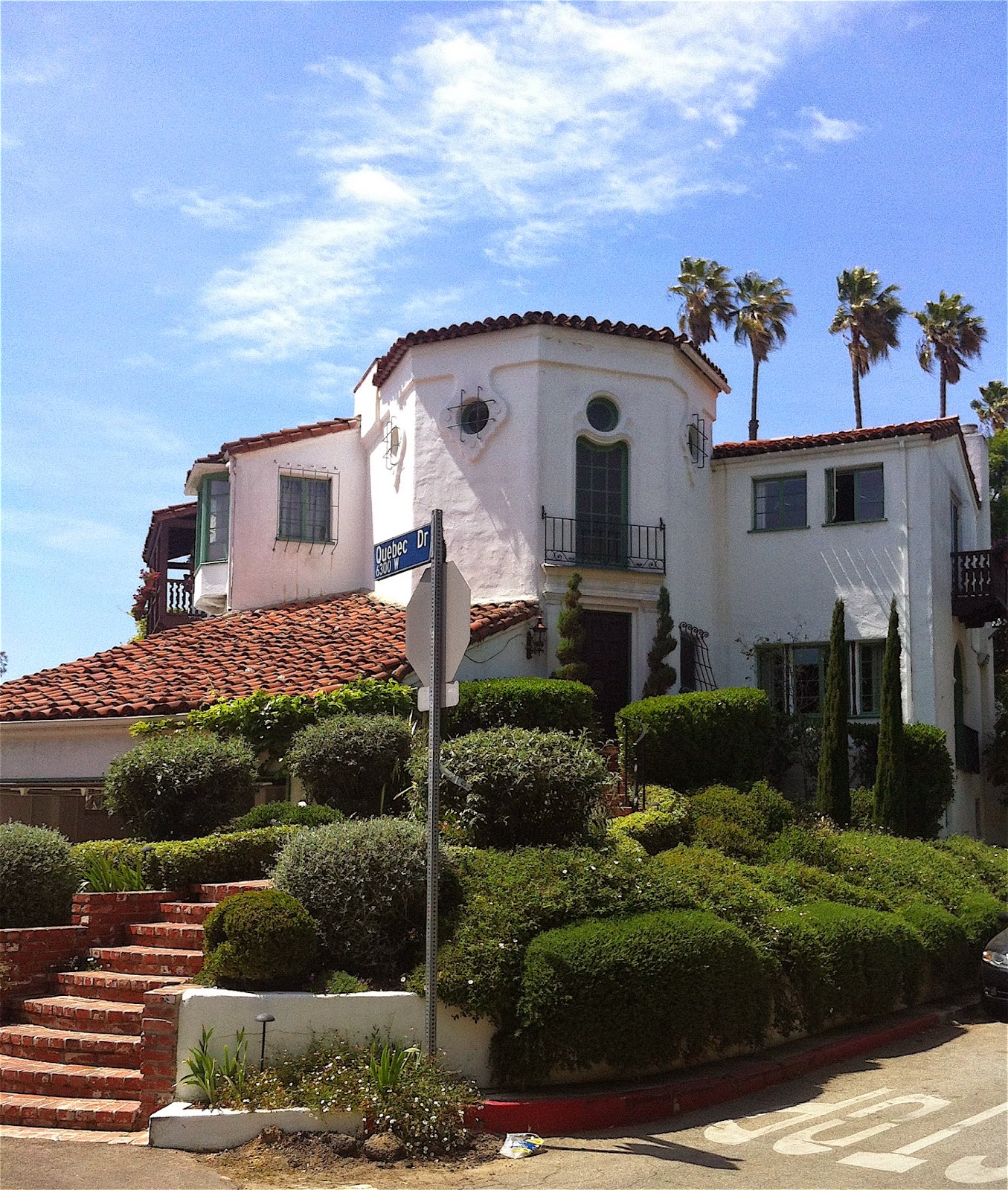