Hollywood House Hunting: What Ever Happened to Baby Jane?

There is a gene in my lineage that manifests itself in a physically-humiliating way upon unsuspecting generations of family members whenever it rears its recessive head - a solid yellow stripe right down the back.  Yes, for ages a super-strain of Scaredy Cat-ism has plagued members on the weakest branches of my family tree, not the least of which is Mr. Tiny.  I, in particular, do not like horror movies.  Psychological thrillers and mildly-spooky films are okay when strictly relegated to daytime viewing, but slasher/monster/nightmare-inducing movies are totally unacceptable (remind me sometime to tell you how I still have visions of a headless Christopher Lloyd lurking outside my bedroom window).  So saturated is my yellow streak that it took me until the dawn of my nineteenth year to get up the nerve to watch What Ever Happened to Baby Jane? (1962).


"I've Written A Letter to Daddy" - Bette Davis from What Ever Happened to Baby Jane?
Now if that doesn't scare the bejeezus out of you, I don't know what will!!

Before there was Misery, there was What Ever Happened to Baby Jane?, made all the more scary by the family dynamic.  I knew from the first viewing that it had become a film favorite.  Such a richly-disturbed character, Baby Jane Hudson is now a Halloween fixture; every year, for the last few years, I've had at least one friend dress up as Baby Jane complete with baby doll.  I, myself, have considered going as the mercenary heavy, Edwin Flagg, but it doesn't really translate well from film - a fat guy in a suit is just a fat guy in a suit.  Rather than focusing on the film's  costumery during this the spookiest of all seasons, I thought I'd instead search for the home where the sisters Hudson played out the ultimate in sibling rivalry.

It is no wonder that location scouts for What Ever Happened to Baby Jane? sought a Hancock Park home for Jane and Blanche Hudson.  Hancock Park is exactly the kind of neighborhood about which California dreamers dream.  Terrific estates built at the height of old Hollywood's heyday are perfectly authentic to the homes that budding movie stars would have purchased with their studio contract riches.  But buyer beware; I've heard that homes in this neighborhood are often prone to "rats in the cellar!"

Have you ever seen What Ever Happened to Baby Jane? or the lackluster remake starring real-life sisters, Lynn and Vanessa Redgrave?  Rather than the Redgraves, I would have much preferred to see real-life sisters and bitter rivals, Olivia de Havilland and Joan Fontaine duke it out on screen (Team Joan all the way). Wouldn't that have been something?!!


I love What Ever Happened to Baby Jane?, making this Hollywood House Hunt particularly meaningful.  Standing in front of this house, I couldn't help but consider the very real possibility that one of my siblings will hobble me, psychologically torture me, and keep me as a prisoner in my own home.  With two brothers and two sisters, the odds are decidedly against me...or maybe it's just my cowardly imagination. 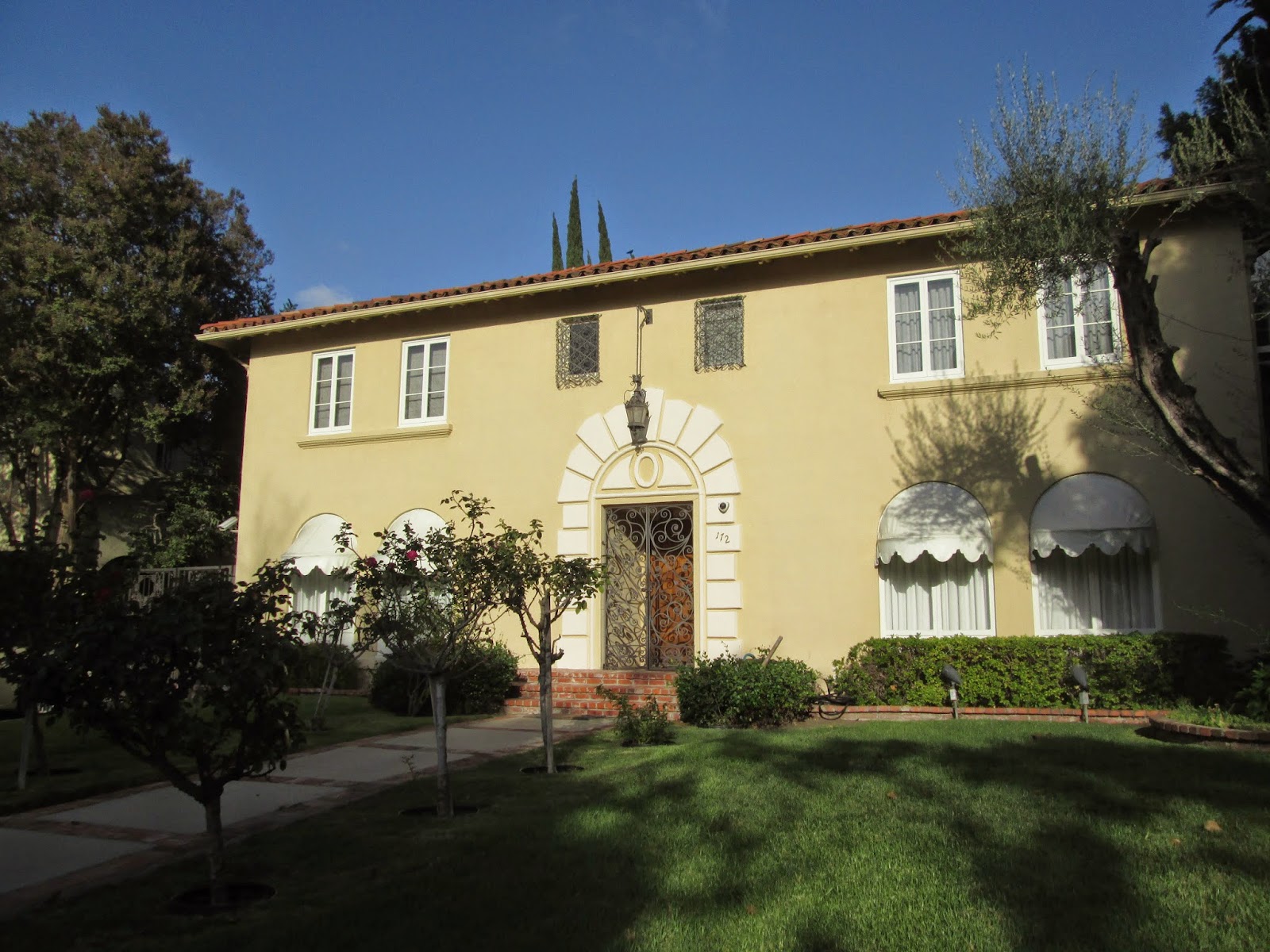 The Hudson Home from What Ever Happened to Baby Jane?
172 S McCadden Pl
Los Angeles, CA