Have I mentioned (less than one million times) that The Parent Trap (1961) is my favorite movie in the whole wide world?  Coming from a classic-movie nerd, this might seem like a questionable choice, yet I make no apologies.  The casting is perfect.  The sets and locations are incredible.  The script is hilarious.  The music is stellar.  And the costumes...don't even get me started on the costumes.  The Parent Trap is my "happy place" movie, a movie that I can watch any time of any day in any mood.  It is a movie for which I, an unyielding critic, am forever willing to not only suspend my disbelief that two people would actually separate their infant twins only to never speak to/of said twins again, but to love them all the more for the zany story-telling opportunities their poor decision making created!


When my dear friend informed me that there was to be a "Throwback Thursday" screening of The Parent Trap at the historic The El Capitan Theatre (est. 1926), I cleared my already-empty schedule and headed straight for Hollywood!  Unfortunately, I wasn't warned that this was not to be a sing-a-long/talk-a-long performance; with a view count reaching into the hundreds, I come prepared with memorized score, script, songs, and a full-arsenal of character voices!

I was more than excited to go to The El Capitan; the only time I had ever been inside was not to see a film, it was to be a character extra in a photo shoot for a restaurant at Disney's California Adventure Park.  Sadly, according to reports, I didn't make it into the restaurant's final design as it was determined that no one could look at my face and keep their food down.  Be that as it may, I was still happy to return to the scene of my crimes against photography.  Often overshadowed by its neighbor across the street, The Chinese Theatre, The El Capitan holds its own as a true movie palace.


Can you believe that we got all of that history and beauty plus popcorn, a drink, and a raffle ticket for only ten dollars - and that was before the movie even started?!!  Once inside the theater, we were further treated to a small display of artifacts from the film.

As I am of the opinion that Maureen O'Hara is the most beautiful creature to have ever roamed the face of this earth, my favorite things to see were the costume sketches for Margaret McKendrick (Maureen O'Hara); her evolution from uptight "well-bred, ladylike, Bostonian matron" to earthy, barefoot goddess is thoughtfully executed in costume by designer, Bill Thomas.

From clothing design, to architecture (I would KILL for a real version of Mitch Evers', Brian Keith, Carmel ranch), to comedy, to music, it probably goes without saying that this film has informed much of the wacky tacky sensibility.  Having only ever seen the movie on the small screen, however, it was a rare treat to capture some of the finer details on the big screen.

Leaving the stage to a standing ovation, Mr. Sherman joined the audience and the house lights dimmed so the movie could begin.  If, for whatever reason of moral delinquency, you've lived your entire life without ever having seen The Parent Trap, then repent now for the kingdom of Hayley Mills is nigh.  Should you not have access to a glorious movie palace, a television, a dvd player, or a pirated movie stream, then you are welcome to the wacky tacky clubhouse for a viewing; The Parent Trap DVD is more than likely already in the player.  Should the power go out, I can always perform my live-action version for you, in which I play every role.  C'mon, "Let's Get Together!"

Do you have any beautiful movie palaces where you live?  Have you seen The Parent Trap?  Have you seen it as many times as I have and committed it to memory?  If you could die and come back as any person, would it be Hayley Mills? 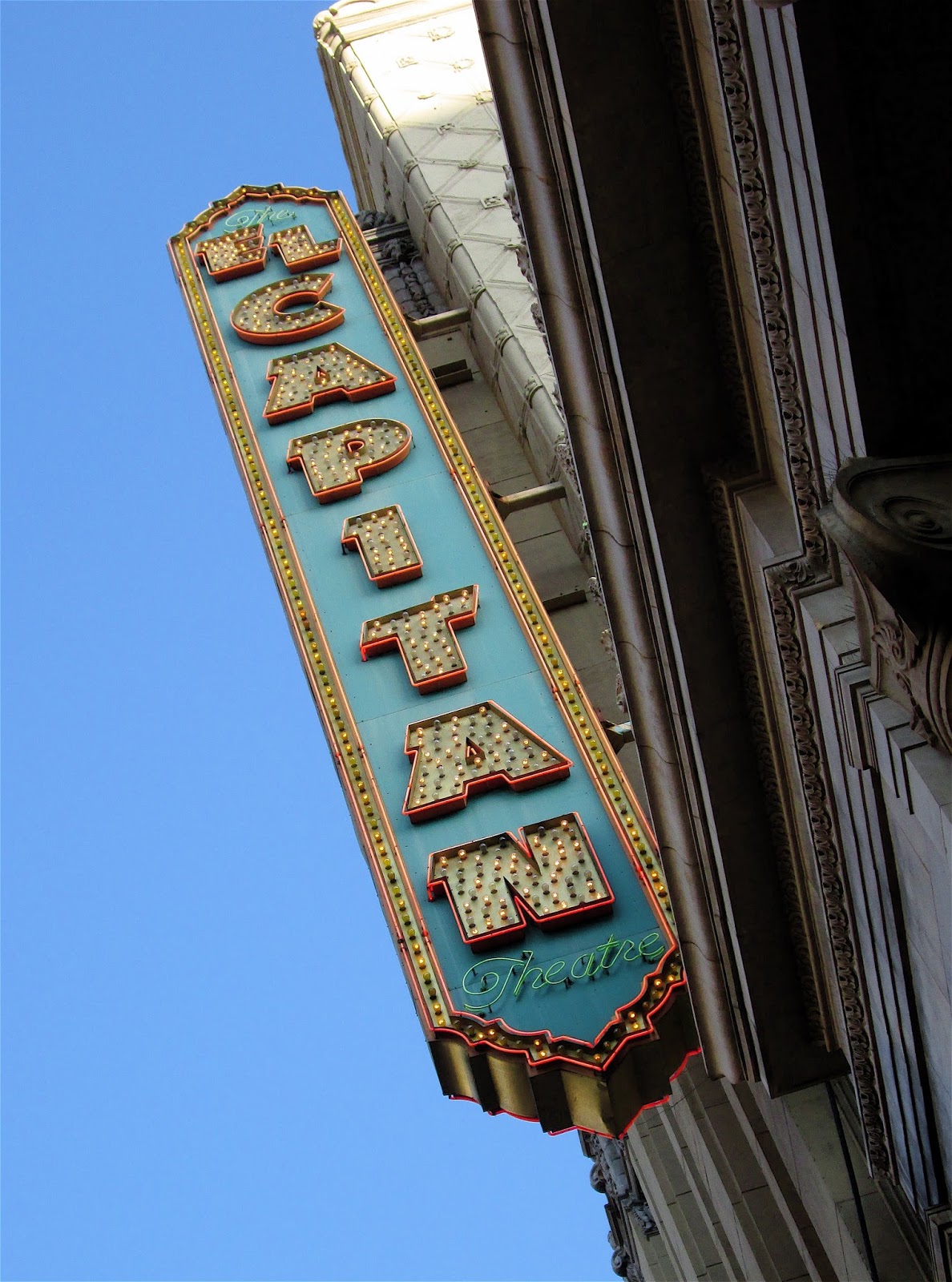