Confession time.  My name is Mr. Tiny and I am an architectural voyeur.  One of my very favorite pastimes is entering homes (mostly lawfully) to see the manner in which people live, to steal decorating ideas, and to exchange whispered bon mots with my companions regarding drapery lengths and furniture placement.  It is a particular pleasure to cross the threshold of historic homes that offer a glimpse into the thoughtful interior architecture from days of yore.

Given the general consensus, as presented by HGTV and its ilk, I am definitely among the minority who abhors the notion of everyone in my kitchen via an "open concept."  The fact that Mr. Tiny's Kitsch-en Kounter projects are top secret make me appreciate that many older homes offer purposeful distinctions between the living areas and the working areas, adjacent though they may be.  Homes offering such distinctions allow me to imagine myself taking up residence.  After our recent tour of the William S. Hart Ranch & Museum of Newhall, CA, my imagination had me easily installed as lord of the manor or ruler of the ranch, at least!


The Spanish-Colonial facade of William S. Hart's hill-top manse is slightly misleading in that it perhaps doesn't convey the grandeur befitting one of early Hollywood's greatest film stars.  Born in New York state in the waning days of the Civil War, William S. Hart was a renaissance man whose stardom came as the result of the many careers he tried - including stage acting.  Having once been castmates with legendary film producer, Thomas Ince, Hart was convinced he could move to California and become a star.  By 1925, after seventy pictures (mostly Westerns), Hart was considered Hollywood's undisputed king of the cowboys - with a kingly income to match (he was reputedly making more than Charlie Chaplin).  Life imitated art and in his retirement, Hart selected a large parcel of land in the Santa Clarita Valley on which to live out the wildest of his wild west dreams.


The home may look unprepossessing but at approximately 10,000 square feet, the house became a roomy retreat for Hart and a host of his Hollywood compatriots.  With construction completed in 1927, the Hart Ranch, known as "La Loma de los Vientos," became the primary, and final residence, of Mr. Hart and his sister, Mary Ellen.


More than just a house, more than just a pet cemetery, the museum includes a small feeding area for animals (deer, pigs, cows, chickens), a circa-1910 ranch house, log cabins, and sprawling grounds.


It would be impossible to come to the William S. Hart Ranch & Museum without feeling a bit like Hollywood royalty.  The minute I crossed the threshold of La Loma de los Vientos, I earnestly wished that I could move in on a very permanent basis - the very reason I am always conflicted when estates become county institutions/museums.  Even though I find the least expensive Southern California's real estate to be cost prohibitive, the historic landmark status truly eliminates any possibility of me one day owning the property.  And that's a bummer.  On the other hand, were the Hart Ranch and others like it to remain private properties, jerks like me would never get the chance to wander the grounds and dream.


As well as coveting the house, I will also confess that my maturity level (falling way below developmental guidelines for a thirty-something) encouraged me to laugh every time we saw the historic landmark sign and say, "William Shart Ranch & Museum, more like it."  I really should have been more reverent because the benevolent man who built this house always knew that one day he would want to share it with the world; "When I was making pictures, people gave me their nickels, dimes, and quarters.  When I am gone, I want them to have my home." 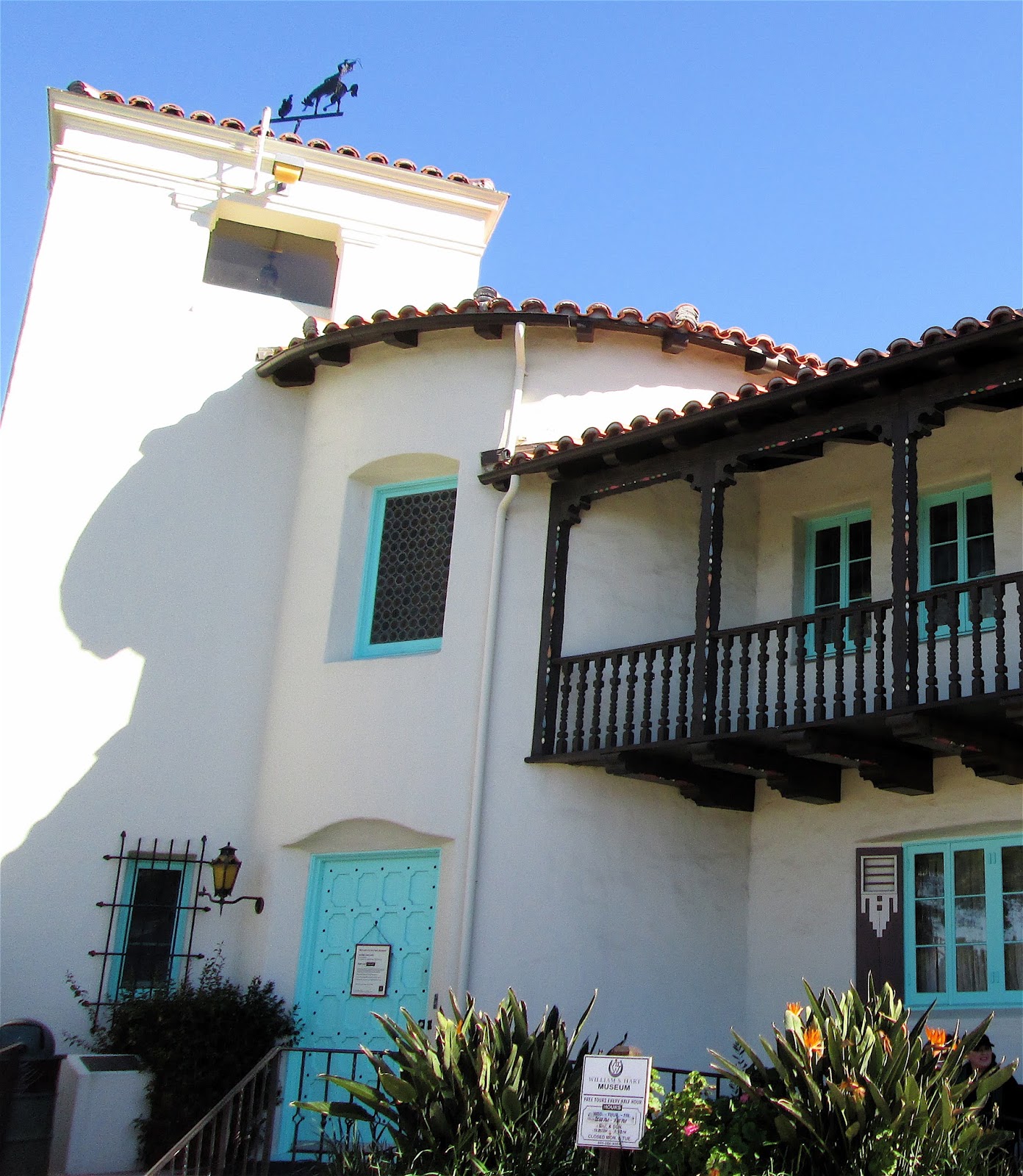 
The William S. Hart Ranch & Museum is one of the special venues included in the yearly Santa Clarita Cowboy Festival.  Tiny & Mary are proud to be featured performers at the 2015 festival on Sunday, April 19.  Please visit the festival website for more details.
Posted by Mr. Tiny at 10:01 AM