Where have all of the spaghetti joints gone?  In a world (or region, at least) overrun with Italian restaurants, why is it so hard to find an inexpensive, hearty spaghetti dinner.  Maybe spaghetti is too pedestrian.  Maybe most people feel they can make better spaghetti at home.  Maybe spaghetti can't find a home in one of the three categories which contemporary Italian restaurants seem to fall: pizza delivery, mediocre chain restaurant and hoity-toity trattoria.  There is a time and a place for each of these but I'm-a  hungry for-a spaghetti right-a now-a!  At Vince's Spaghetti in Ontario, CA, the namesake dish is inexpensive and hearty and is being twirled at the rate of 15,000 miles a year.


Vince's started as a sandwich stand in 1945.  Spaghetti wasn't even on the radar until it fortuitously became a menu item and subsequently became the star of the show.  You will not find lasagna, fettucine alfredo, chicken cacciatore or many of the other items that you are likely to find on a standard-issue Italian-American menu.  In fact, the menu options are limited to noodle choice: spaghetti or mostaccioli and choice of sauce: marinara or meat.  Most dinners come with soup, bread and a green salad.  When I say "green salad," I mean green; while it was just a bowl of lettuce, it was surprisingly satisfying.  Diners can still order the original french dip or meatball sandwich.  The biggest surprise on the menu was that every item could be ordered with a "bowl of cheese."  The least surprising thing was that "bowl of cheese" was not a creative menu name it was a bowl of shredded provolone cheese.  In performing a quick scan of the surrounding tables I noticed that every table opted for the bowl of cheese.  We even saw people sprinkle it with grated parmesan; leave it to American diners to cheese their cheese! 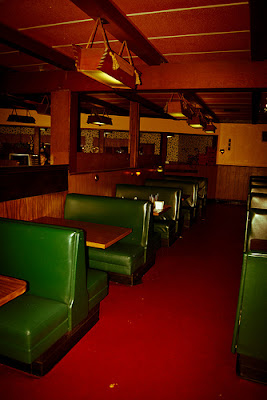 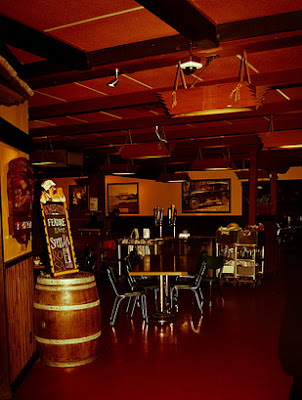 Don't go to Vince's looking for fine dining, premiere service, romantic lighting or pasta primavera.   In fact, don't go unless you want spaghetti.  It seems like this would go without saying, but Mary had a particularly difficult time deciding what to order.  Her indecision upset our waitress who looked (and acted) like she had been slinging spaghetti for at least 40 years.  Go to Vince's when you want a spaghetti dinner that sticks to your ribs!


I know the obvious choice of video would be the spaghetti scene from Lady and the Tramp, but my favorite spaghetti scene is from I Love Lucy.  No matter how many times I see this episode I still laugh.  Although it has been edited out of this clip, I can't explain the joy I get every time Lucy orders her spaghetti with extra meat sauce - what a woman!

She doesn't start eating spaghetti until about 6:14 but it is worth the wait!