Blue Skies Smiling at Me!

Are you sick of our desert posts yet?  Neither am I.   If you are a stinker (among a small minority to be sure) and you are a little tired of all the wacky tacky bounty that the Southern California desert has to offer, trust me, we're almost done.

Part of our recent trip was a reconnaissance mission to Blue Skies Trailer Village in Rancho Mirage.  Blue Skies Trailer Village is a private mobile home park founded by Bing Crosby in the mid-1950's.  Original investors included many Hollywood stars including Phil Harris & Alice Faye, Jack Benny, and Claudette Colbert.  I guess none of these stars really lived at Blue Skies, but the history is there and the park is worth the visit. 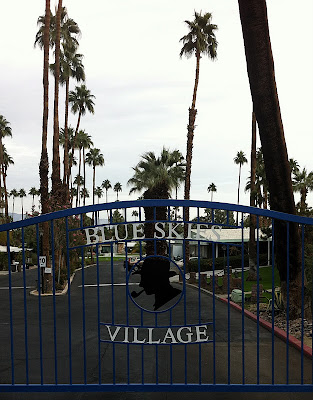 Several years ago while visiting the desert, I was bound and determined to get into the impenetrable fortress known as Blue Skies.  I parked outside and walked up to the pedestrian gate and found that it was as easy as reaching through the gate, running my key between the gate and the post, depressing the latch, and letting my self in.  High on my MacGyver-level skills, I walked into the park earnestly searching for the secrets of Bing's old stomping grounds. 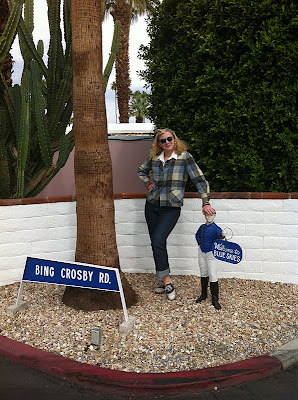 This time, the management, somehow alerted to our arrival, had installed protective, metal plates on both sides of the gate thus preventing our stealthy entry to the park.  Thank goodness for the kindness of landscapers who saw us trying to trespass and entered the gate code.  There is no shame in easy access. 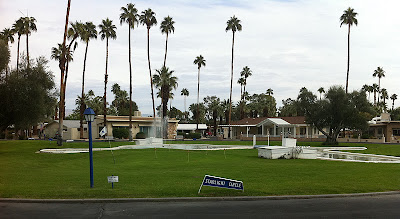 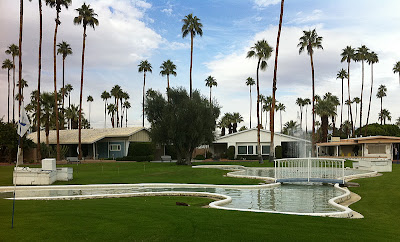 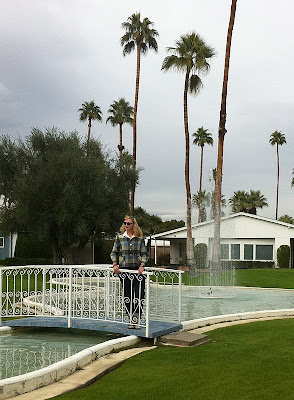 Blue Skies was built around Starlight Circle and a spacious, central, putting green complete with water feature.  One of the highlights of the park is the street signs; every street is named after one of the original investors.  I am not sure of the exact changes the park has lived through over the years but currently there are fewer streets resulting in fewer star tributes than the park initially offered. 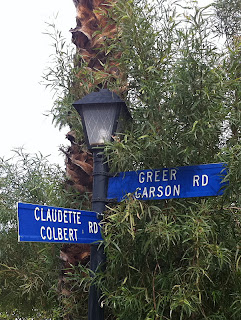 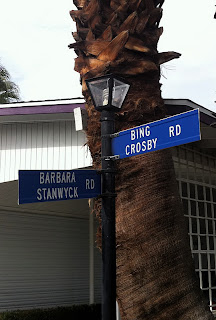 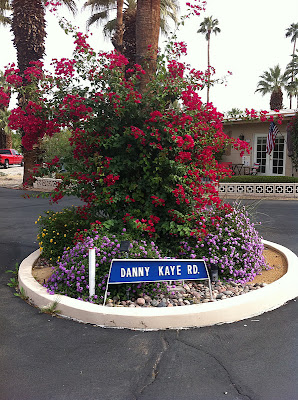 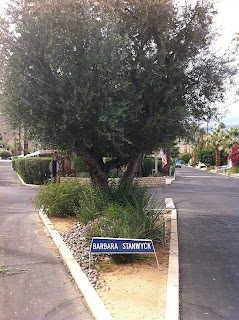 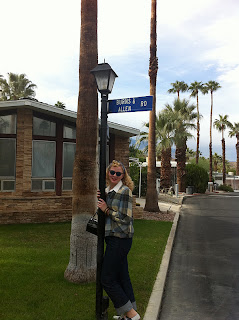 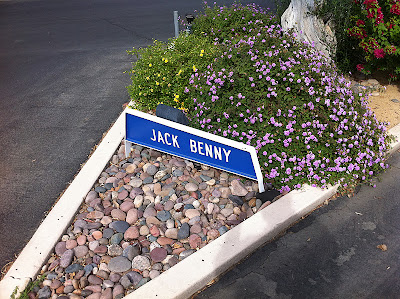 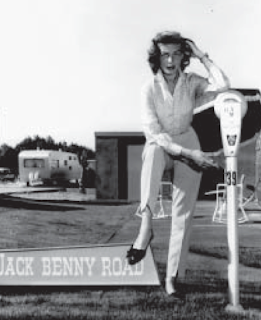 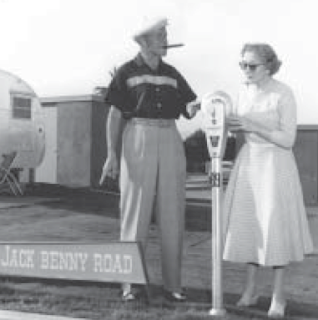 Many of the original spaces were filled by travel trailers.  Over the years, more traditional-style mobile homes planted roots.  It may seem weird, but I love mobile homes.  I attribute it in part to the fact that my paternal grandparents lived in a mobile home park for a short time and they made a beautiful home no matter where they lived.  To me, however, there is something especially old-timey and neighborly about parks like Blue Skies.  Here are a few of the mobile homes for which we developed a fondness. 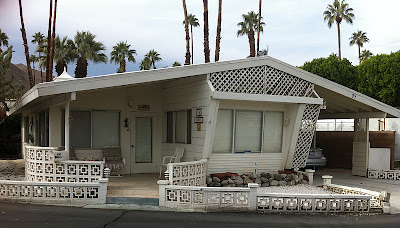 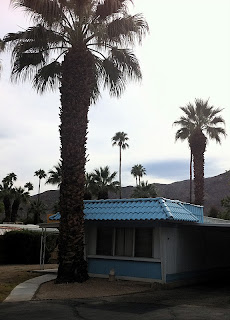 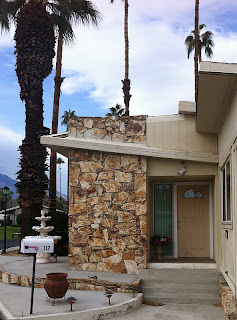 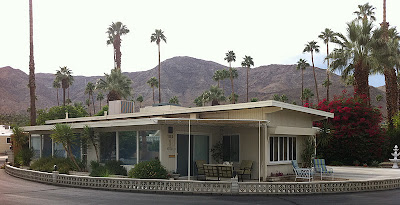 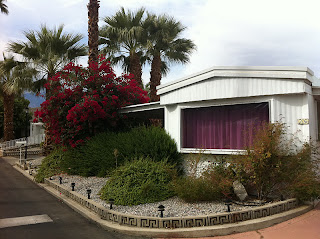 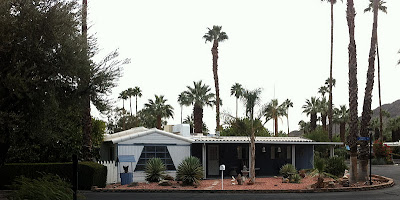 And now for the really good stuff!  Part of Blue Skies' unique charm is found in the themed homes that dot its landscape.  It is my understanding that there is a waiting list to get into the these homes.  As morbid as it seems, the "waiting list" in a 55+ park means waiting for the previous owner to move on to that great mobile home park in the sky. 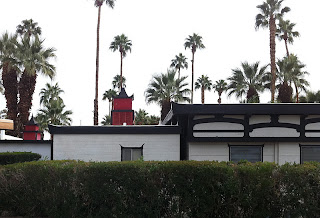 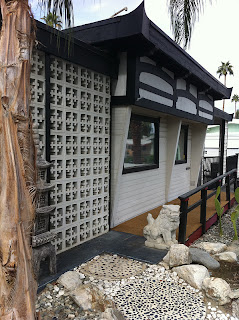 Sadly, the themed homes seem to be dwindling in number as new residents mainstream their airstreams.  Since my last visit, at least two of the once-themed homes have disappeared or have been stripped of their wacky tacky details.  I was a little steamed by this so we went to cool off at the pool. 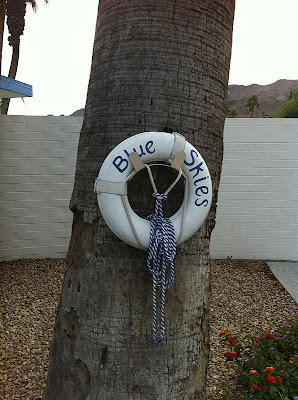 It may seem like just another senior citizen trailer park, but to wacky tacky, it is a piece of Hollywood history and we were happy walking in Bing's footsteps (minus the bag of oranges)!