I used to laugh derisively at self-righteous celebrities who would tout themselves as "spiritual" rather than religious.  The subtext always read that, in their enlightened transcendence, we plebeians had been left behind in a fetid miasma of simple faith.  As I mature (at a pace slower than any approved by modern developmental guidelines), I find in myself the ability to experience the spiritual, outside the confines of religion.  In situations quite devoid of church-sanctioned sanctity, I feel a genuine sense of peace.  In places quite unexpected, I feel a connection to the Divine.  I mean, imagine having a spiritual experience at a taco shop!!!

Like a modern master filled with the spirit of Grandma Prisbey, Sam Rodia, and Art "Der Tinkerpaw" Beal, Martin Sanchez began Tio's Tacos as an expression of his culture, his history, and his faith.  Proving that wacky tacky isn't relegated to history or high finance, Sanchez weathered an unsteady economy and the uncertainty of the food-service industry to build this mecca of wacky tacky, turning a sidewalk vendor's cart into a chockablock city block in less than twenty-five years.  Seemingly founded on the principles of family, food, and thrift, this Mexican-restaurant-cum-folk-art-installation transforms what most would describe as garbage (think tin cans, broken bicycles, car parts, empty bottles, used toys) into a fantasy land of mermaids, myth, and pop culture.  Here, enveloped by the embrace of highly-personal artistic expression, Mr. Tiny was feeling downright holy!

If there is one thing I appreciate far less than a spiritually-superior celebrity, it is a movie quoter.  Why did it take so long for Austin Powers' "Yeah, baby!!!" to go away?  Well, in a further admission of my own reluctant maturity, I have come to realize that this prejudice is an example of me disliking a quality in others that I exhibit all too often.  I frequently quote movies; it's just that the movies I tend to reference are generally greater than fifty years old (or at least movies set in a bygone era).  When walking the grounds of Tio's Tacos, only one thought came to mind, a quotation from A Christmas Story.  Like Mr. Parker faced with the major award of that infamous leg lamp, the only words I could utter when faced with the awe-inspiring wonder of this taqueria were, "It's, it's, it's...it's indescribably beautiful!"


I guess it is at this point where I should say that there are also plenty of signs at Tio's Tacos of a far more secular nature - "Cuidado: Suelo Mojado," "Do not leave children unattended," "We will not be responsible for any damages or accidents that occur," "Photographs taken for commercial purposes are prohibited."  Just so readers and Tio's management are aware, as of publication of this post, wacky tacky and Mr. Tiny remain entirely unremunerated for any of our activities and adventures (although we wouldn't necessarily turn our noses up at an offer....). 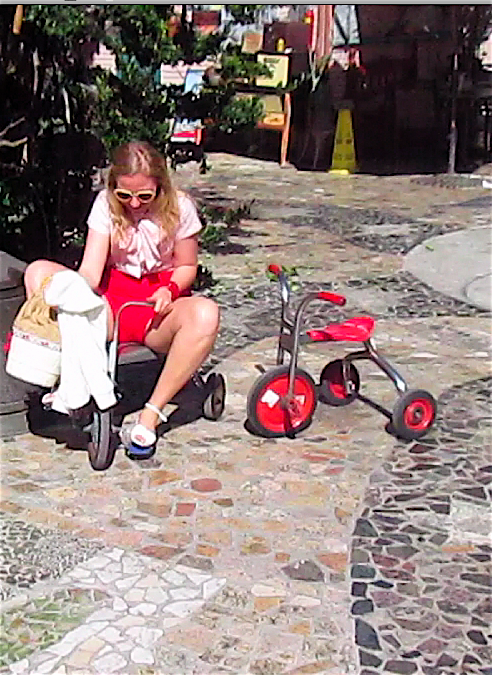 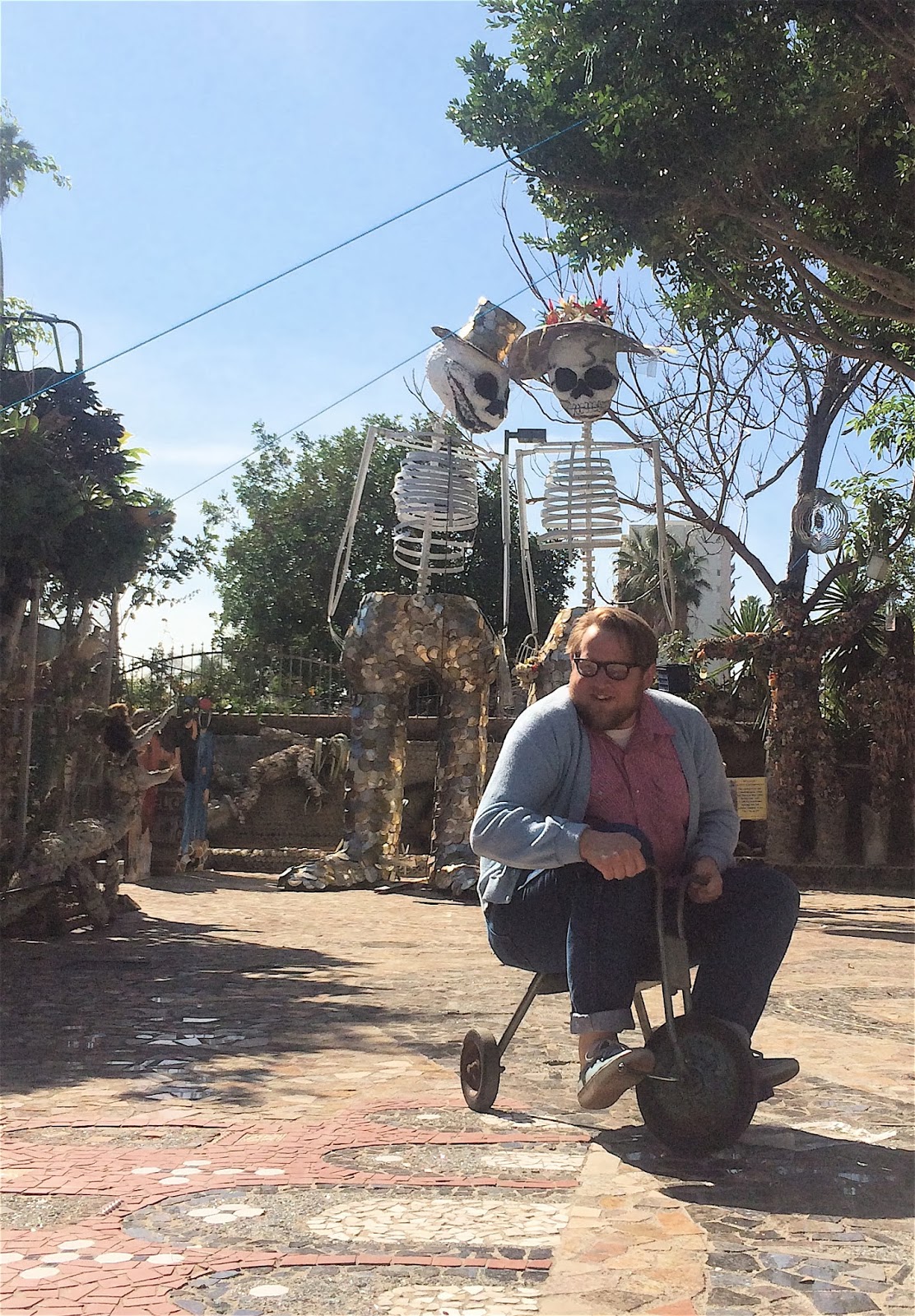 We spent so much time wheeling around the grounds on our pint-sized trikes that we almost - almost -  forgot to eat.  We made our way into the actual restaurant, past a three-dimensional, marine-life diorama and the jewel box of mouth-watering aguas frescas.

There is definitely nourishment for the body and soul at Tio's Tacos #1 Mariscos y Centro de Frutas Naturales.  It may seem a hackneyed phrase but one man's trash is certainly another man's, namely Martin Sanchez' treasure.  Tio's Tacos is his gift to the City of Riverside and to this wide world of wacky tacky lovers! 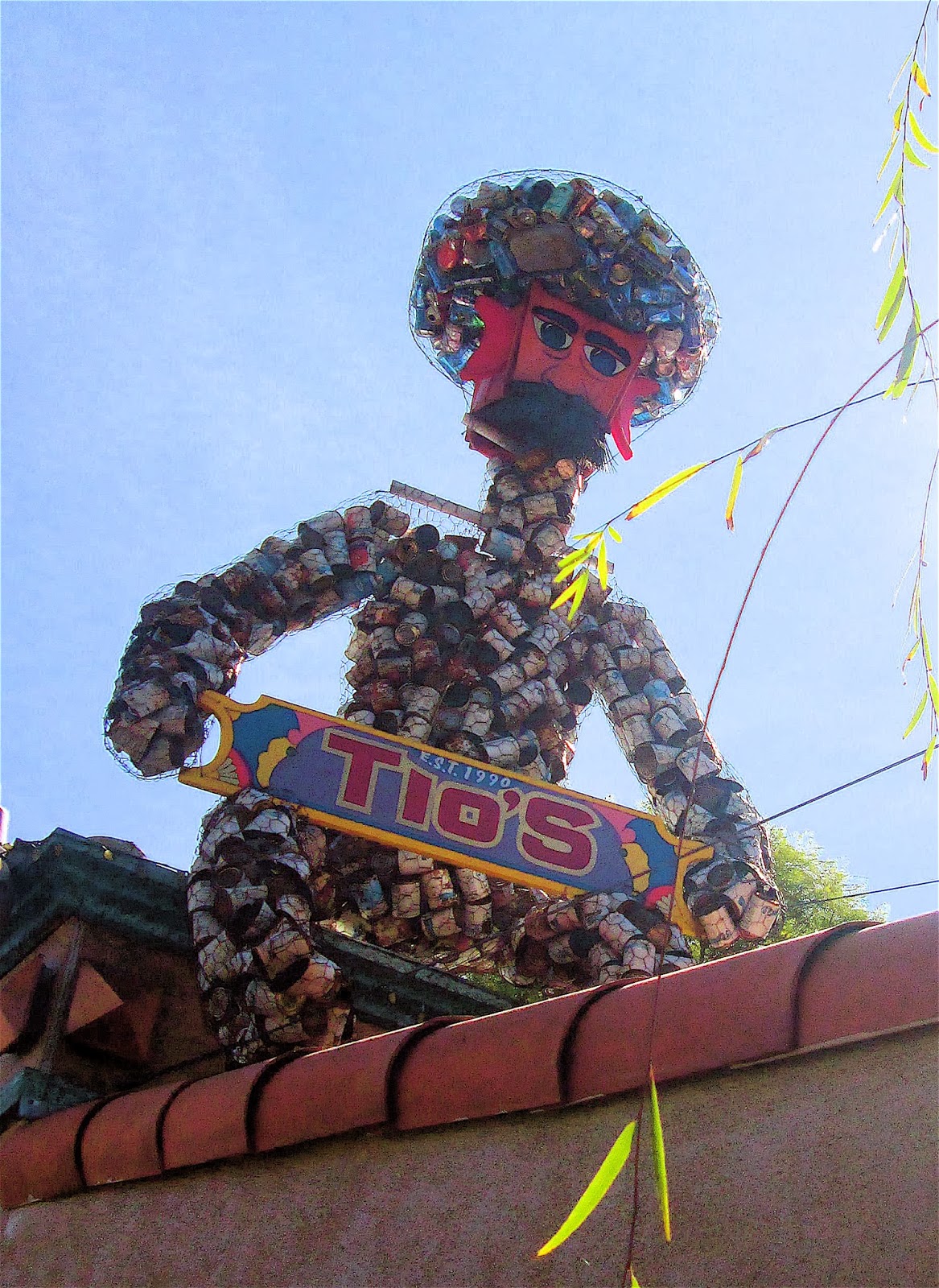 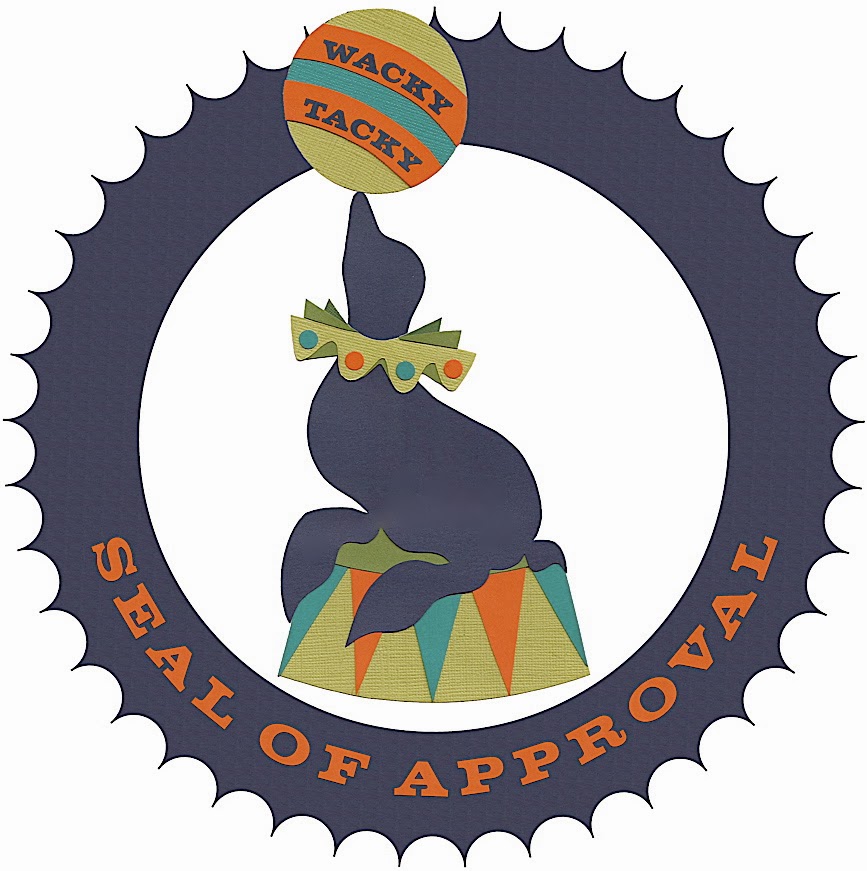