With a proper Polish princess as a distinguished member of the wacky tacky adventure team, the opportunities for cross-cultural exploration are both frequent and fun.  Getting restless remembering our "Doin' the Dozynki" exploits of last year, we excitedly donned our butter-stained pierogi bibs and headed for  Our Lady of the Bright Mount (Southern California's premiere Polish parish) for the 2014 Los Angeles Polish Festival.


I've said it before but it shouldn't go unstated that, as a regular attendee of our local German club, card-holder of our members-only Asian grocery store, patron of the southland's two European marketplaces, and investigator into the local Dutch club, it is clear that I am in the midst of a chronic cultural-identity crisis!  The only thing my family had that tied us in any tiny way to our Yugoslavian ancestry was "Toshka," a mac-and-cheese/mashed potato hybrid dish that my great-aunt made on special occasions (I have found zero substantiation anywhere online to verify the authenticity of the more-than-likely-midwestern foodstuffs).  With every new dip into the Polish pool, however, I feel like I'm moving in the right easterly-European direction; now an old pro on the festival circuit, I knew that my mission was to find and document the three "F's."

As much as I enjoyed our one-day excursion to Mother Polonia, I was even more excited by the festival venue.  On the grounds of an Edwardian-era estate, I had heard whispers that the beautiful house once belonged to a Hollywood movie star.  I figured that it must've been a star of Polish descent who deeded the enormous estate to the church upon his/her death.  After doing some investigating, I learned that, rather than Pola Negri or Theda Bara, the true owner of was one of Hollywood's most infamous legends.


This adventure was definitely a "twofer" - Polish festival and Hollywood house hunt all in one!  I was thrilled to find that the fourth "F" of our festival experience stood for Fatty; sometimes it feels good to know that you're not the only fatty waddling around.  Neither fatty, Arbuckle nor Tiny, claims any Polish lineage, but His Holiness loves us just the same.  Dziekuje, PJP II...see you next year! 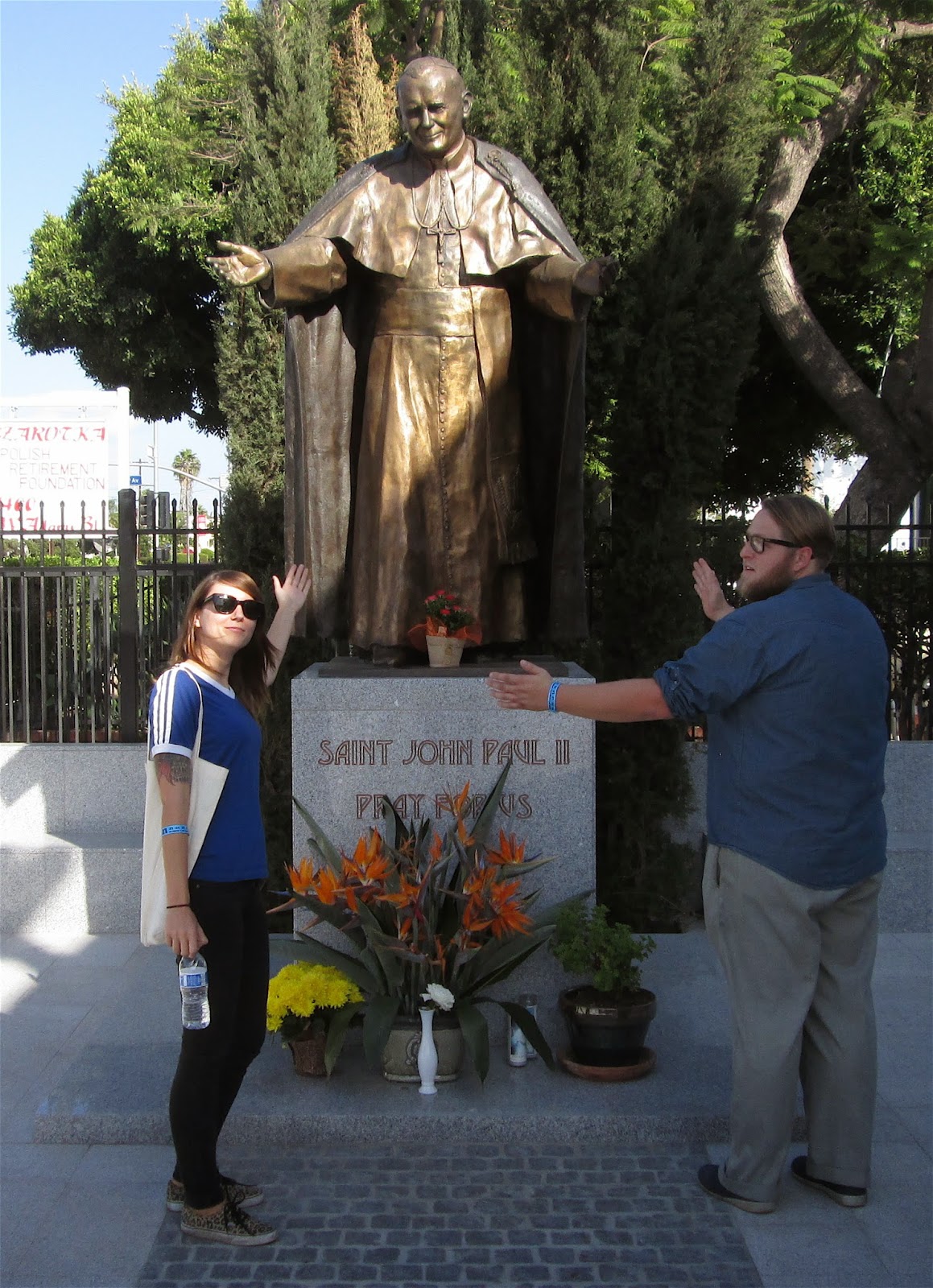