Even the most pious among us will acknowledge that every religion works some kind of angle - faith, charity, karma, guilt.  Are you a church-going type?  If so, what angle are they working at your church?   Well, if you're a parishioner of Calvary Chapel of the Canyons in Silverado, CA, then you know that the angle working overtime at your place of worship is the TRI-angle.


Cleaving into the foothills of the Santa Ana Mountains like a modernist's interpretation of Abraham's sacrificial knife, this mid-Century church takes religious symbolism to a new level.  It does not, however, take the genius of Benjamin Franklin Gates, Nicolas Cage's inimitable symbologist, relic hunter, code-breaker, mechanical engineer, history nerd, unwitting criminal-turned-savior-of-the-world's-most-valuable-antiquities in the National Treasure franchise, to interpret said symbolism.  To we wacky tacky laymen, it was clear that the Holy Trinity could be found in the endless series of triangles that make up Calvary Chapel of the Canyons.  Narrowly escaping the destructive flames of wildfires in 2013, the church's survival is sometimes credited to its resemblance to "a pair of praying hands."  Perhaps I'm too literal, but I don't see it.  Don't go by me though; I was never able to see the hidden image in those 3D Stereogram kiosks so prevalent in late '90s malls either.  Triangles, on the other hand, I can see.

We I should have known better than to think the Calvary Chapel website would include a page dedicated to the church's architectural history.  With much more weighty matters on their minds (and souls), it makes me wonder if the architectural significance of this splendid church ever crosses the minds of the squares attending this jazzy triangle!


"A Jazzy Triangle Meets A Square" from Sesame Street (1969)

Sadly, Calvary Chapel of the Canyons was closed for business when we were taking our most recent joyride through "the canyons."  So spectacular is the church that I wouldn't put it past these wacky tacky "holy rollers" to take another joyride out to Silverado on a Sunday morning, if only to catch a glimpse of the interior in person (pictures found online indicate that the interior architecture is also dominated by geometry's holy trinity).  Until then we can only pray that we'll find more opportunities for some wacky tacky holy rollin'. 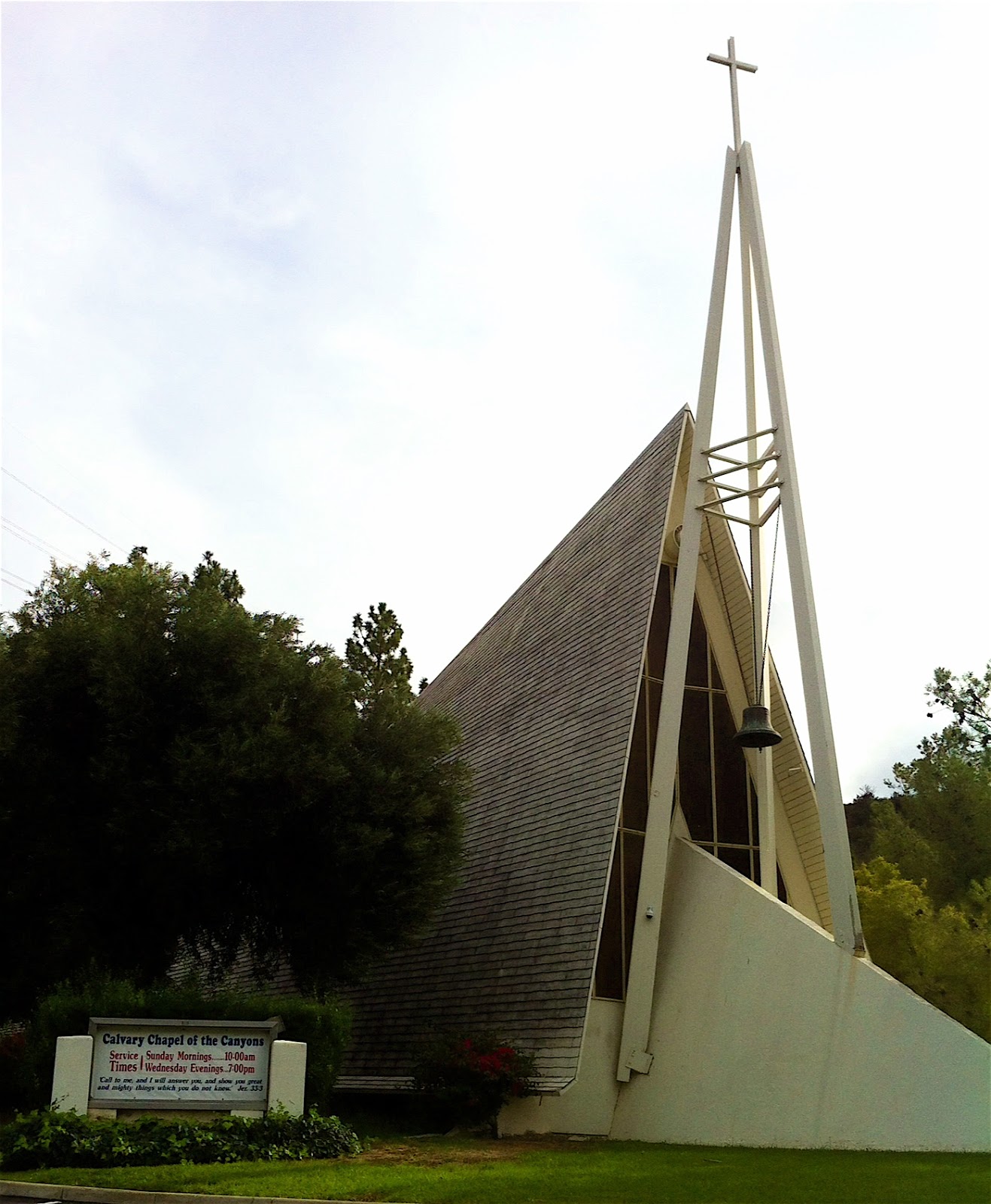