"Most people live on a lonely island lost in the middle of a foggy sea.
Most people long for another island, one where they know where they will like to be."

These days, I really do find myself muddling through a fog, longing very much for another island.  As she always does, Southern California steps up to provide my every need - even a little bit of island paradise right where the West meets the water.  It may seem a little "on the nose," but in the Port of San Diego, there sits an island-themed island, a place where tiki gods rule and every building is wiki wacky tiki tacky!

At just over one-mile-long, Shelter Island packs a powerful punch of Polynesian Pop!  As it has no permanent residents, every visitor immediately becomes part of the island ohana.  Spending a few sun-kissed hours soaking up the mid-century splendor of this tropical paradise was enough to refresh my spirits and restore my faith in my own native island.


The first stop on our self-guided tiki tour was Shelter Island's preeminent liquor emporium.  Since 1965, Trader Mort's Liquor has stood sentry at the gateway to the island's many tiki delights.  Under swaying palms and that magnificent roof, Trader Mort's offers thirsty vacationers a place to stock-up on umbrella-drink essentials. 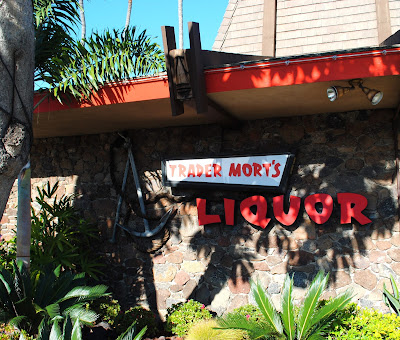 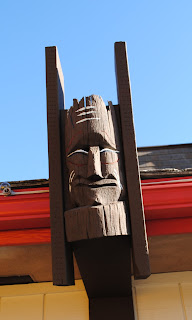 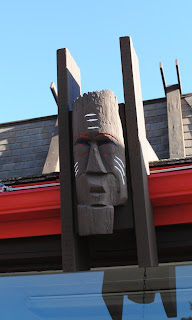 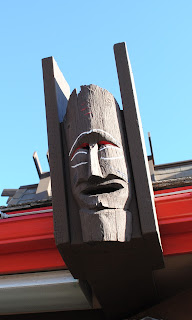 With a roofline is punctuated by the gods, we knew
that we were walking on holy (haole?) ground! 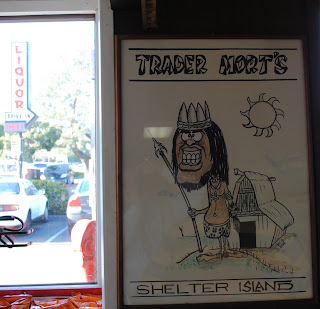 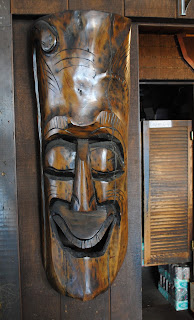 The sparsely-decorated and wonderfully-worn interior remains lost
in time, shelving a host of tiki mugs and other ceramic cocktail vessels. 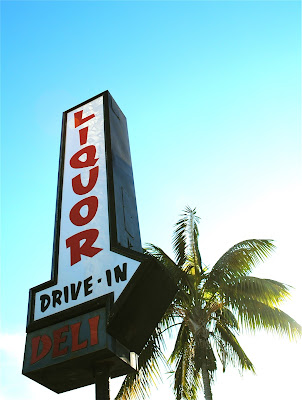 
The next stop on our tiki tour was Shelter Island's Hawaiian-style hideaway.  While it would be a challenge to get lost on the island (it has but one road), it is more than easy to get lost in the lush gardens of Humphreys Half Moon Inn. 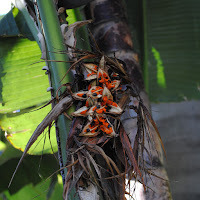 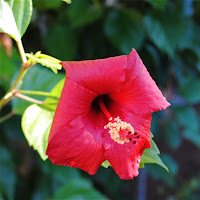 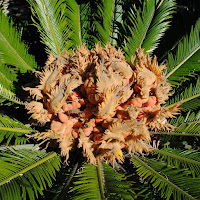 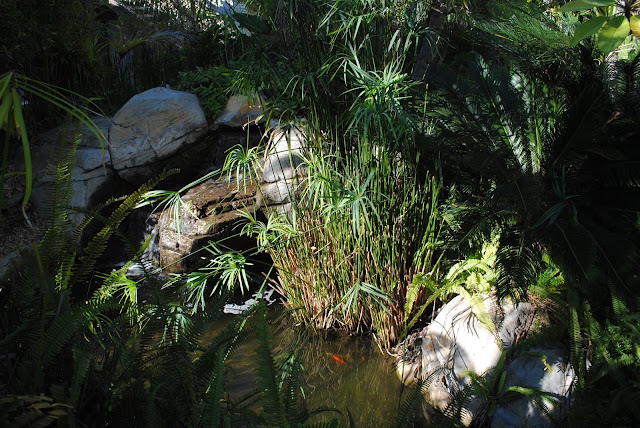 Since 1961, the sprawling gardens of Humphreys Half Moon Inn have been studded with half-hidden tikis nestled between verdant foliage and serene water features. 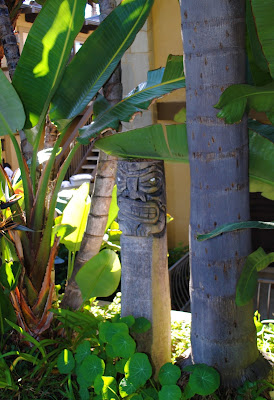 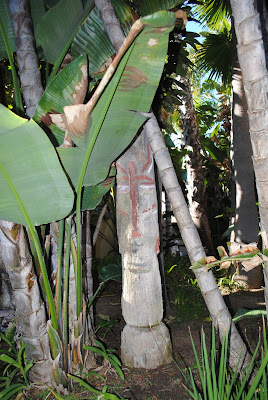 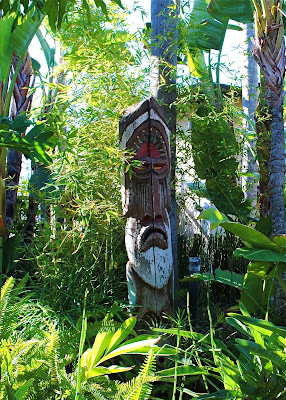 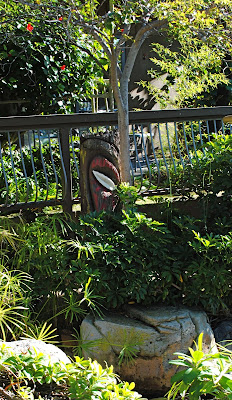 While Humphreys is in the midst of a "remuddle," (board-and-batten siding is quickly being replaced with stucco and questionable, silvery, slate corner caps), the grand porte-cochère proves that it isn't too late to fully embrace the genius of the original architecture.  Time and modern sensibilities, however, are rarely on the side of wacky tacky.

All things considered, our complaints are few and our gratitude plentiful for an ownership who is actively maintaining a vital part of California's historic tiki architecture.

One part conch shell and two parts starfish, James Hubbell's "Pacific Portal" sculpture is an obvious photo-op on the tiki tour.  Directly across the street from Humphreys, the larger-than-life art installation conjures images of Verne-ian voyages and feats of Cousteau-ian courage.


A brief visit to Shelter Island's most famous outpost concluded our tiki tour.  Considered by many to be the jewel in Shelter Island's tiki tiara, Bali Hai Restaurant began life as "The Hut" in 1953.  Flagging patronage in its earliest years encouraged an overhaul that set a precedent for many updates over the next half-century.

Somehow, I feel like I have shirked my responsibility by never before dropping anchor at Shelter Island.  But now that I have, I know I will be a regular visitor.  If you are ever in San Diego and you hunger for a veritable pu pu platter of Polynesia, then get down to Shelter Island.  Who knows, you might see me there!


"If you try, you will find me where the sky meets the sea." 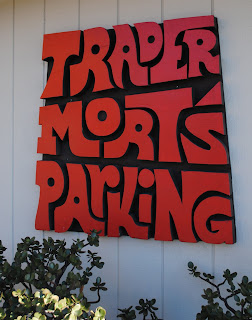 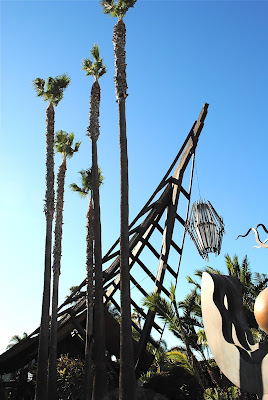 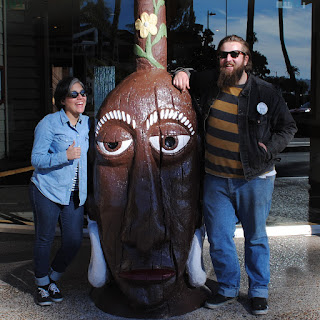