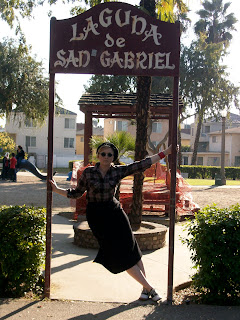 On the advice of our friend Janet Klein, who just happens to be one of the best performers on the Southern California music scene (maybe in the whole world!), we motored north to San Gabriel to find the “Monster Park.”  The Laguna de San Gabriel Playground, a small part of the larger Vincent Lugo Park, is the brainchild of Benjamin Dominguez who completed construction of the park in 1965.  This kind of wacky tacky is becoming harder and harder to find as parks are being retrofitted with “safe,” modern, plastic playground equipment.  In fact, this playground was set for demolition when local activists banded together to save it from the wrecking ball.  Constructed mostly of cement, sea creatures of all kinds – whales, dolphins, snails, sea serpents – create a crazy, and yes, somewhat dangerous place to knock out your front teeth.  But what is the fun of being a kid if you can’t climb up a snail’s butt and slide out his mouth? 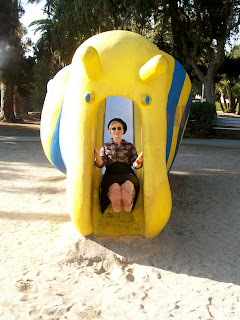 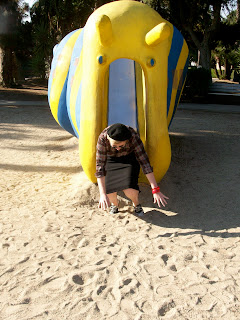 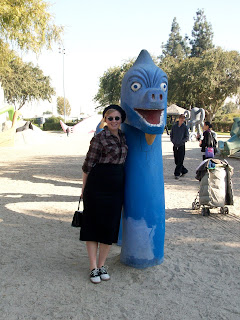 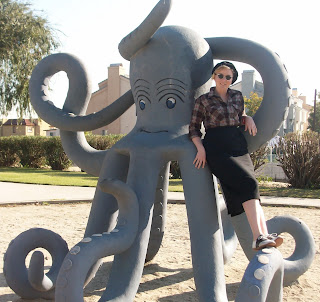 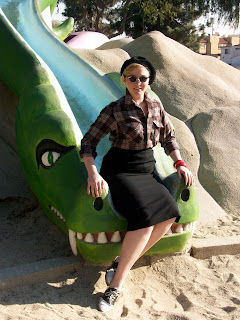 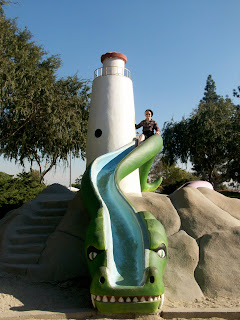 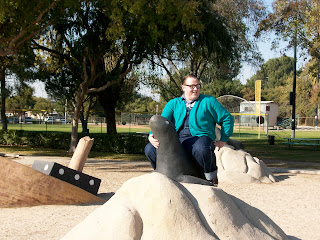 What can I say? 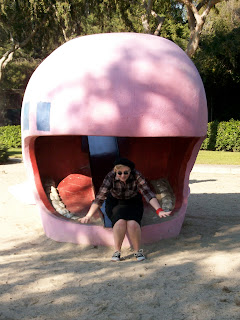 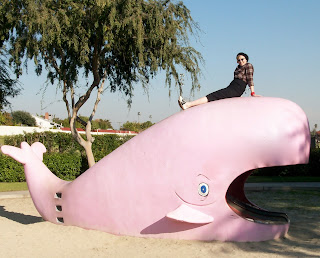 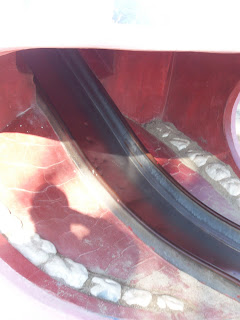 Inside the jaws of a killer. 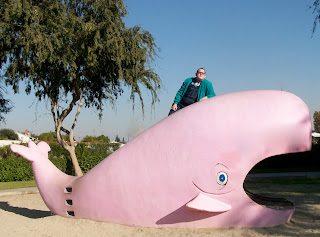 You may insert your beached whale joke here. 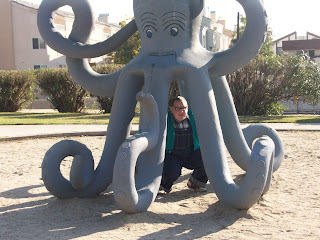 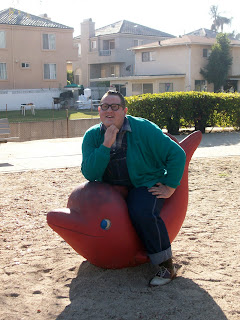 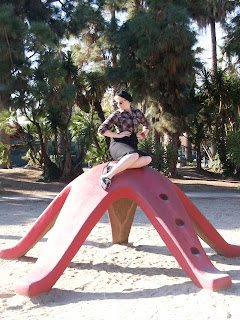 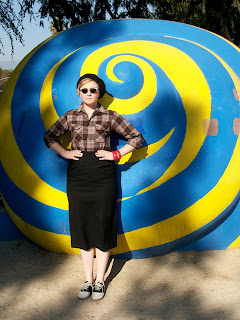 This would have been really exciting if some of us weren’t lactose intolerant. 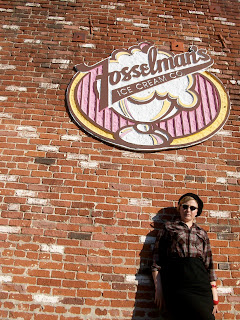