This Ain't No Bull!

When surveying the wacky tacky landscape it is nearly impossible to miss the blood on the sand.  No, it's not from all those crazy gladiator movies; it's from the bullfighting.  Call them toreros, matadors, bullfighters or toreadors (if there are technical differences we aren't too concerned), these icons of machismo, in all their velvet, satin and spangled glory, wove their way into the cultural tapestry thereby enriching the wacky tacky lobe of our collective consciousness*.  In fact, bullfighting was one of the most prevalent and enduring themes throughout the formative years of wacky tacky.  Was this phenomenon the fortuitous result of The Good Neighbor Policy?  Was it because we as a society were vicariously purging our hostilities through the matadors themselves?  Was it because we found it so hard to differentiate between the customs of Latin cultures that we balled them all into one so we could exploit that now homogenized mixture for our own entertainment?  Is "all of the above" an acceptable answer?  Whatever the question, the answer makes for some swell wacky tacky - Ole! 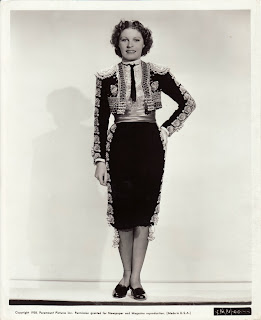 Martha Raye as a toreador in the 1938 film Tropic Holiday

The arts, both fine and decorative, were a natural fit for capturing the essence (and sometimes anatomical correctness) of the bullfight. 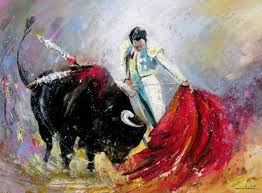 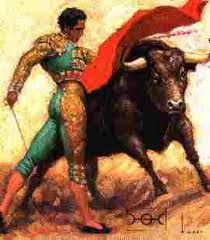 The penultimate example of toreador-tinged wacky tacky is of course the infamous, black velvet painting. 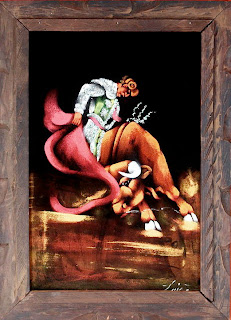 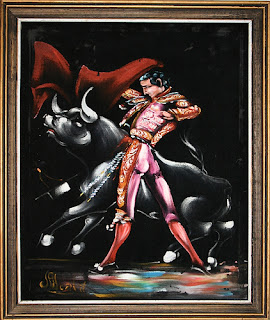 Rather easy to come by and usually surrounded by a rough-hewn, wooden frame, these
gems are not always executed at the same level of artistry as is clearly illustrated above. 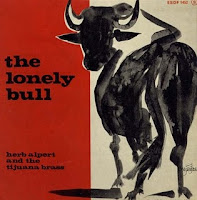 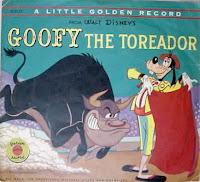 And the toons - even Goofy gets in on the action!

Bolero jackets, toreador pants, satin sashes - a few of a matadors favorite things?  Definitely, but more so the staples of a well-appointed, wacky tacky wardrobe. 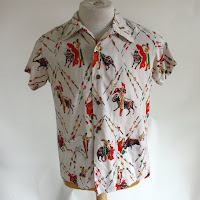 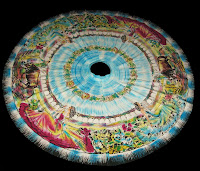 A 1950's, hand-painted, circle skirt depicting the day of the fight

And last but not least, a few examples of matador mania from the wacky tacky archives: 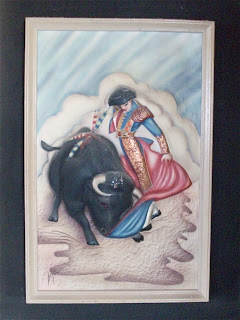 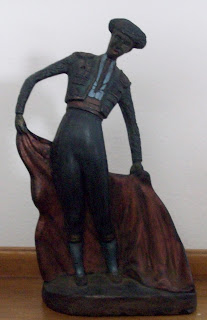 Ironically, at 3x4', this is the biggest piece in the archives.
Maybe one day we'll figure out how to use a camera!! 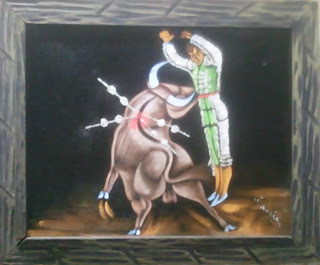 Another velvet painting, this one enhanced with glitter.
Do you see what we mean about attention to anatomy??!!

*Please don't get all PETA on us and view this as the waving of a red cape.  This posting is neither an endorsement nor examination of the cultural significance of the act of bullfighting.