The Sky is Falling!: The Great Los Angeles Air Raid of 1942

I am not a recreationist.  Of course, one could make the argument that by wearing old clothes and attending vintage-themed events that I am attempting to recreate the past.  I would argue, however, that my life, dismal as it is, is fully entrenched in the buzz and bustle of modern society.  Recently I reviewed the number of passwords, PIN numbers and codes that I must keep at the forefront of my brain just to function on a daily basis.  For work alone, I use seven combinations of username/password.  Are you a CIA operative, you ask?  Hardly.  Do you protect the mysteries of old in a great vault somewhere that requires a multitude and complex series of letters and numbers meant to confound even the most brilliant code breaker/treasure hunter from reaching the Ark of the Covenant?  Nay.  I work in an office.  In said office, I am checking e-mails, entering data, and working with various software programs.  All told, I am the bearer of no less the 20 secret names & numbers!  I digress from the real point of this entry not simply to belabor my super-human ability to recall these codes at a moments notice, but to prove that as much as I would like to toy with the time-space continuum, I accept my place in today's world.  I know recreationists, several of whom are living seemingly normal - ahem - lives.  I think my problem is that I am inherently lazy and lack the passion and attention to detail that is so paramount in maintaining a recreationist's strict code of conduct.  That being said, I love old stuff and the event about which I am going to tell you is truly old news! 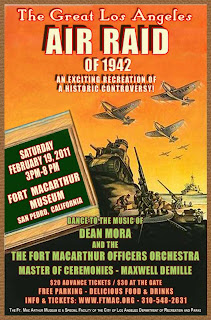 Begging your pardon for my preamble, this blog post is meant to talk about The Great Los Angeles Air Raid of 1942.  We attend this event and others like it as enthusiasts - to have fun, dance, create new looks, catch up with old friends and hopefully make a few new acquaintances.

The Great Los Angeles Air Raid is the recreation of a controversial moment of wartime history in Southern California.  Held yearly at the Fort MacArthur Museum in San Pedro, CA, the Air Raid relives the events of February 25, 1942, when it was believed that Southern California was under attack by enemy aircraft.  The event is a fundraiser for the museum and is a really great night.  Dean Mora provides the music and there is plenty of dancing and exhibits of both civilian and military vehicles.  At the appointed hour, the lights go down, the air raid sirens go up and the Air Raid begins with military recreationists unloading their entire arsenal at the "enemy."  The rain didn't wash the festivities out this year but the dance was moved inside the bunker! 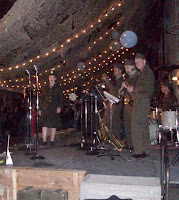 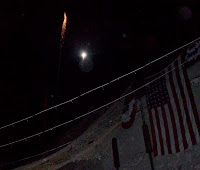 A couple of photos from past Air Raid events

Because I am woefully lacking in my ability to take quality photos and my ability to even remember to use the camera at all, I thought I would share the looks that Mary wore at the last few Air Raid events. 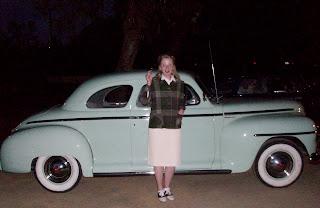 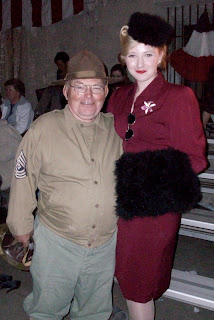 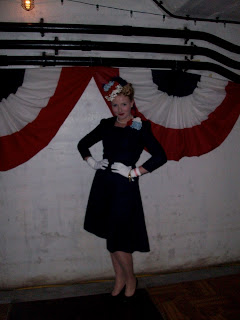 The Actual Air Raid of 1942 was sort of a "the sky is falling" moment for our military.  Therefore, we present the 1943 Walt Disney classic, Chicken Little. 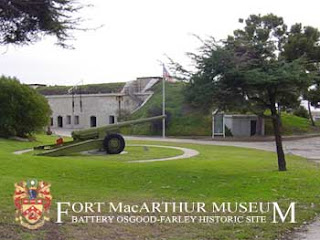 Learn more about the event and the history at: www.ftmac.org