How'd You Like to Spend New Years on the Moon?

"Fly Me to the Moon"
Astrud Gilberto

Speaking of flying to the moon, sometimes it is a much shorter trip than one would imagine.  As I have mentioned before, in our never-ending search to discover all that is wacky tacky, we cast a very wide net.  Sometimes our gaze is set so far that we become myopic and miss some things that have been staring us in the face for our entire lives. 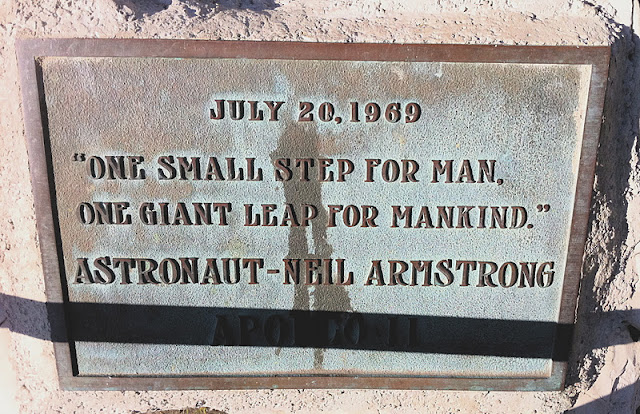 Such is the case with a neighborhood treasure, Moon Park in Costa Mesa, CA.  Moon Park is little more than a partial moonscape surrounded by a small fence.  As with most things wacky tacky, it is of a time when something as insignificant as a small community park had a real identity.  Sure the park has a slide and some swings, but at the heart, it is a monument to the United States' space program and a place where kids can dream of becoming an astronaut.  It is also a big hunk of cement with giant craters, next to the river trail, surrounded by power lines, where generations of Costa Mesa teenagers have been "up to no good." 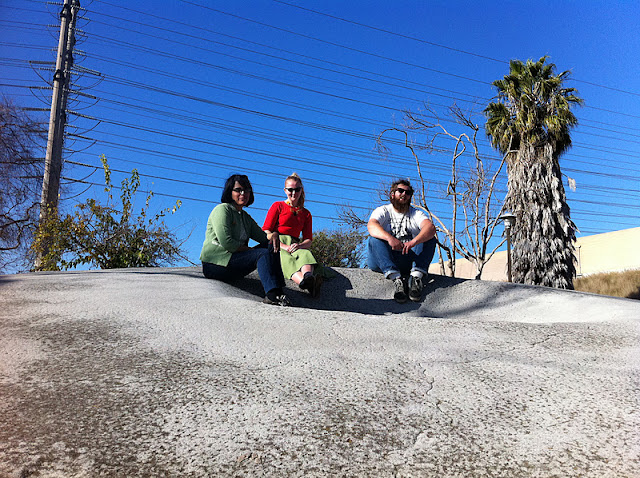 A recent visit to the park elicited fond childhood memories of playing on the surface of the moon.  Although, I still live especially close to it, I have neglected the opportunity to go back and really couldn't recall the last time I played there - I'm never too old to play in the park!!!


No, I wouldn't say that Moon Park is "out of this world." In fact, the surrounding isn't especially lush and there is very little to do; once one has traversed the lunar landscape and cradled oneself in a crater, the fun is pretty much over.  It is, however, a nice tribute to our brave astronauts who first walked on the moon.  It is a reminder of how far we have come in the last 40 years and a reminder that parks used to be more distinctive and more than just recycled-rubber play areas with modular plastic slides.  It is a wacky tacky landmark park and we like it.  And where else on earth do you get a chance to do the moonwalk on the moon?

"Rocking Chair on the Moon"
Bill Haley and His Comets

This time of year always seems so hectic and yes, even stressful, that going to the park and sitting on the moon forced me to relax and bid farewell to my earthly cares - for a short time.  Now I have never wanted to be an astronaut; outer space is just too vast and frightening for my meager intellect to comprehend.  It occurred to me though, that maybe just for a little while, I'd like to spend New Year's on the moon.

wacky tacky wishes you a very happy and very prosperous New Year!  Whether you spend it at home or on the face of the moon, may the Man in the Moon smile upon you!