Do you ever feel like a chicken (you'll come to appreciate the analogy later) running around with its head cut off?  Lately we have had so much going on (fun stuff, I'm not complaining too emphatically), that I feel directionless, exhausted, and powered exclusively by nervous energy.  Certain areas of my existence have suffered - sleep, cleanliness/organization, and blogging being no exceptions.

Weary but excited, we woke early last weekend to participate in the second-annual Easy Acres Chicken Sitting entry in the 2012 Doo Dah Parade! 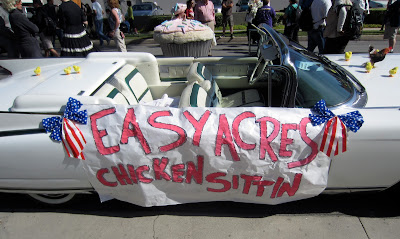 You might remember the fun feathered fiasco of last year's Easy Acres entry as documented by our humble blog.  This year our theme was The Grand Ole Opry circa 1972.  Rhinestones, big hair, chickens, and a 1960 Cadillac Eldorado convertible were the order of the day. 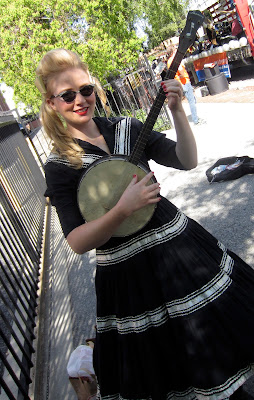 The Ladies who Parade

Every person's motives for parade participation are different.  Many people are there because they are part of a performance troupe.  Many people are there because there are too few parades in which to practice the drills of your Disco Drill Team.  While plenty of us were there just for fun, some people had a light, and a message, that they just couldn't hide under a bushel any longer.

The dominant theme this weekend was "fins and fowl."  After experiencing the grandeur of chickens and that '60 Eldorado, we motored down to San Diego for the Charles Phoenix show followed by a dinner at The San Diego Chicken Pie Shop and a two-car Plymouth show.  Two of our dinner companions drove their Plymouths and the fins couldn't help but be the star of the show! 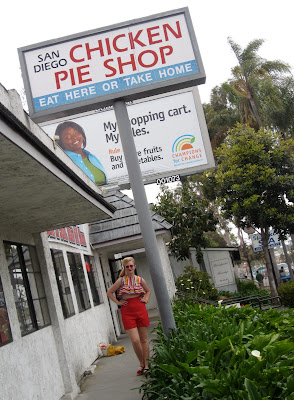 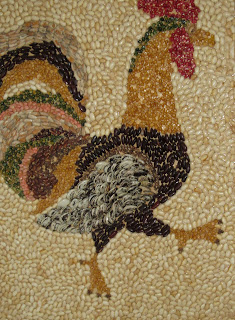 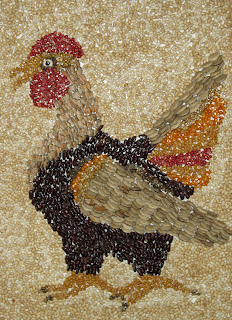 The San Diego Chicken Pie Shop won for best execution of legume-based chicken mosaics,
but I have to say that it doesn't hold a candle to our beloved, La Palma Chicken Pie Shop! 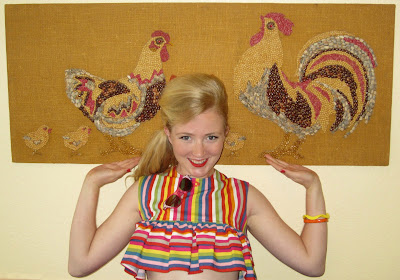 I have absolutely no idea what this song means, but it says "do" and "da," and my lengthy preamble nothwithstanding, it's pretty much all I want to say to you.