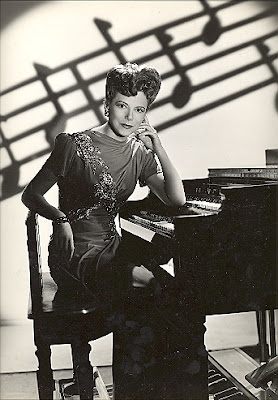 It becomes increasingly evident in my old age that there is little to be gained by denying the joy that is inherent in many of the things that I love - uncool though they may be.  We have all gone through phases when our devotion to a particular type of food or music or genre of film seems like it would be unending.  Then, the very something for which we were sure our love would ever be fervent is replaced in relatively short order by something newer/better/more interesting.  One of the few passions that has survived the tumult of my many manias is organ music.  I'll listen to recorded organ music but I've also been known to travel far and wide for anything from sacred to secular, classical to jazz - as long as it's played on the organ.


The roots of this interest are firmly planted in the front room of my great-grandmother's home where an electric organ took pride of place.  The bilevel keyboards, the flips and switches, the hum of the console as it whirred to life - what was there not to love?  Being an abject failure at any musical instrument more complex than the kazoo (which still manages to trip me up on occasion), I knew there had to be someone who could make the best use of all the knobs, keys, and pedals.  As a child, my heart was filled and my mind was blown when I first got a glimpse of Ethel Smith.  Smith's appearance alongside Donald Duck and Jose Carioca in Walt Disney's Melody Time proved that the organ was for far more than playing hymns at church!

There is something about those 1940's shoes skittering effortlessly over the pedals that just sends me.  Yes, you may quickly file that under "Things I never needed to know about Mr. Tiny."

In spite of her acclaimed tours of South America (including a residency at The Copacabana in Rio de Janiero), her famous Latin numbers, and the exotic lilt of her name, Ethel Smith was not quite the saucy senorita depicted in Melody Time.  Born in Pennsylvania, her skill as an organist landed her work in nightclubs, on the radio, and eventually in Hollywood movies.


Smith, "Empress of the Hammond (the Hammond B-3 Organ)" earned her status as, what I like to call, a "novelty star."  A novelty star (see Edgar Bergen, The Nicholas Brothers, et al) isn't a movie star in the traditional sense.  A novelty star also wouldn't fall into the category of character actor (see Eugene Pallette, Mary Wickes, Allen Jenkins).  An anomaly of 30's and 40's filmmaking, the novelty star was a performer (usually untrained in acting) brought to Hollywood for a unique talent that could be wedged, however awkwardly, into the plot of a movie for a dash of non sequitur flavor.  The novelty star, as a device of filmmaking, might be odd and totally disruptive to a film's narrative but that is precisely why we love novelty stars, particularly Ms. Ethel Smith.

"By the Waters of Minnetonka" - Ethel Smith


Briefly married to actor Ralph Bellamy, Smith seemed to find more success in music than in love.  She parlayed her movie mojo into a career as a recording artist and publisher of music arranged for the electric organ.

We love Ethel Smith because she was an ambassador of both the Good Neighbor Policy and of electric organ music.  She paved the way for many amazing female organists including one of our favorites, Perry Blackwell.  She played with amazing flair and an abundance of joy that radiated off of the screen.

So, how'd I do?  It is kind of a minefield writing at such length about organs without including some sort of cheesy double entendre.  Have you become a fan of organ music too?  If not, don't tell me; just watch every video in this post over and over until you've been converted.  Consider us your organ donors.