The thing about an alley cat is that it hangs out in alleys.  Duh, right?  Well, unless you are the type that also frequents an alley cat's native habitat, then you just might miss said alley cat and therefore, what is arguably Bakersfield's greatest neon sign, Guthrie's Alley Cat (est. 1940).


Set back from downtown Bakersfield's major thoroughfares, the Alley Cat is the very definition of a hidden gem...or at the very least a slightly-obscured gem.  Given the sign's total lack of discretion, it is hard to believe that one could ever miss it.  Needless to say, old four-eyes over here drove by that darn cat at least three times in one afternoon without a second glance.  It wasn't until our pals, and fellow wacky tacky adventurers, told us that we mustn't miss it, did we set our coordinates for the gorgeous glow of Guthrie's gleaming neon marvel.

In actual fact, the secret to Guthrie's Alley Cat is not its back-alley location.  The real secret is found on the interior of this Streamline saloon, in the form of a multi-paneled mural by famed artist and wacky tacky icon, Al Hirschfeld.

The pleasant bartender didn't seem to mind our sober loitering as he could tell that we were getting plenty drunk off the "sparkling burgundy brew" of his fine establishment.  Oh, Alley Cat, you go to my head!

"You Go to My Head" - Marlene Dietrich 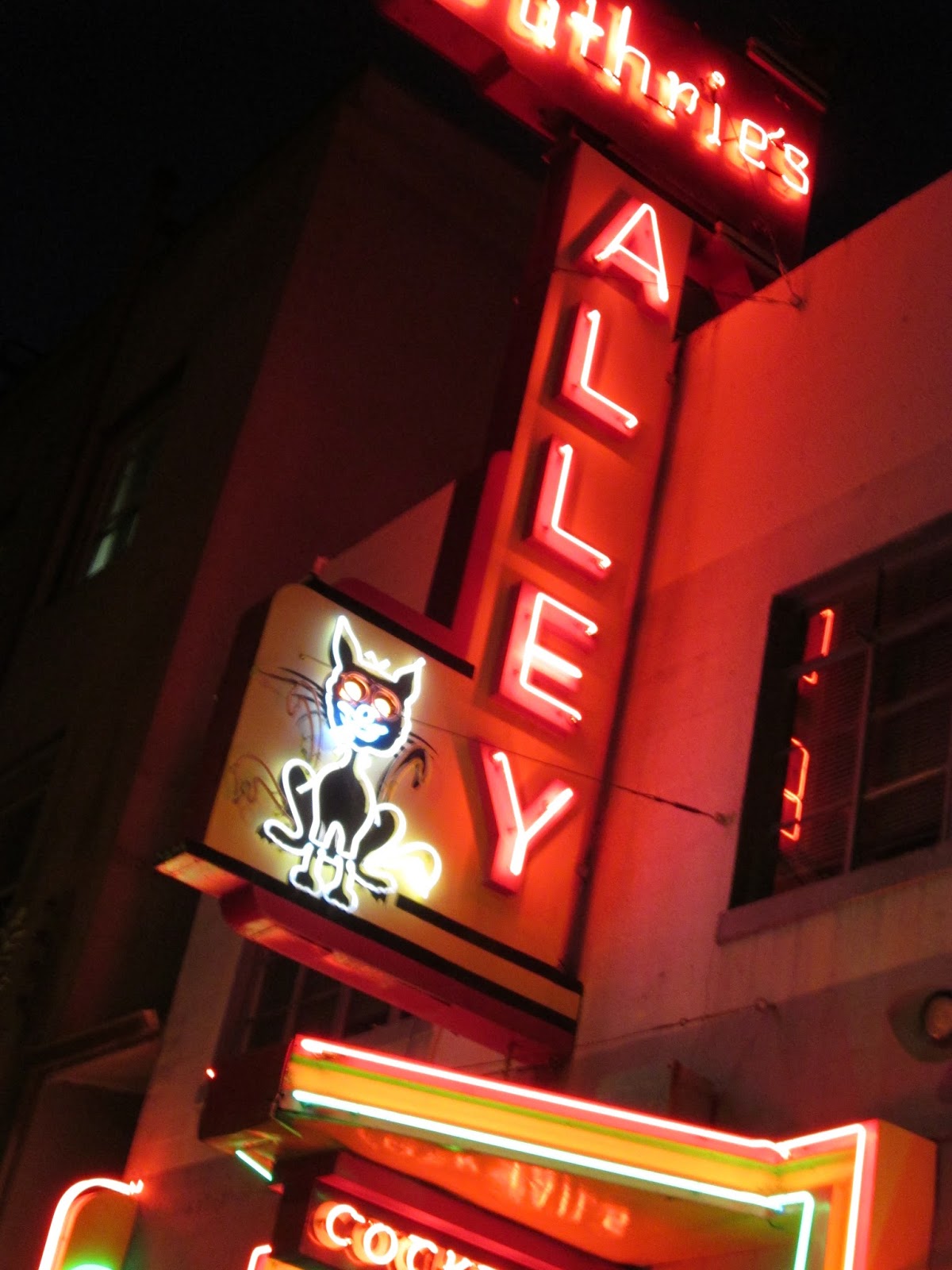