You're Invited: Marriage March of the Marionettes! 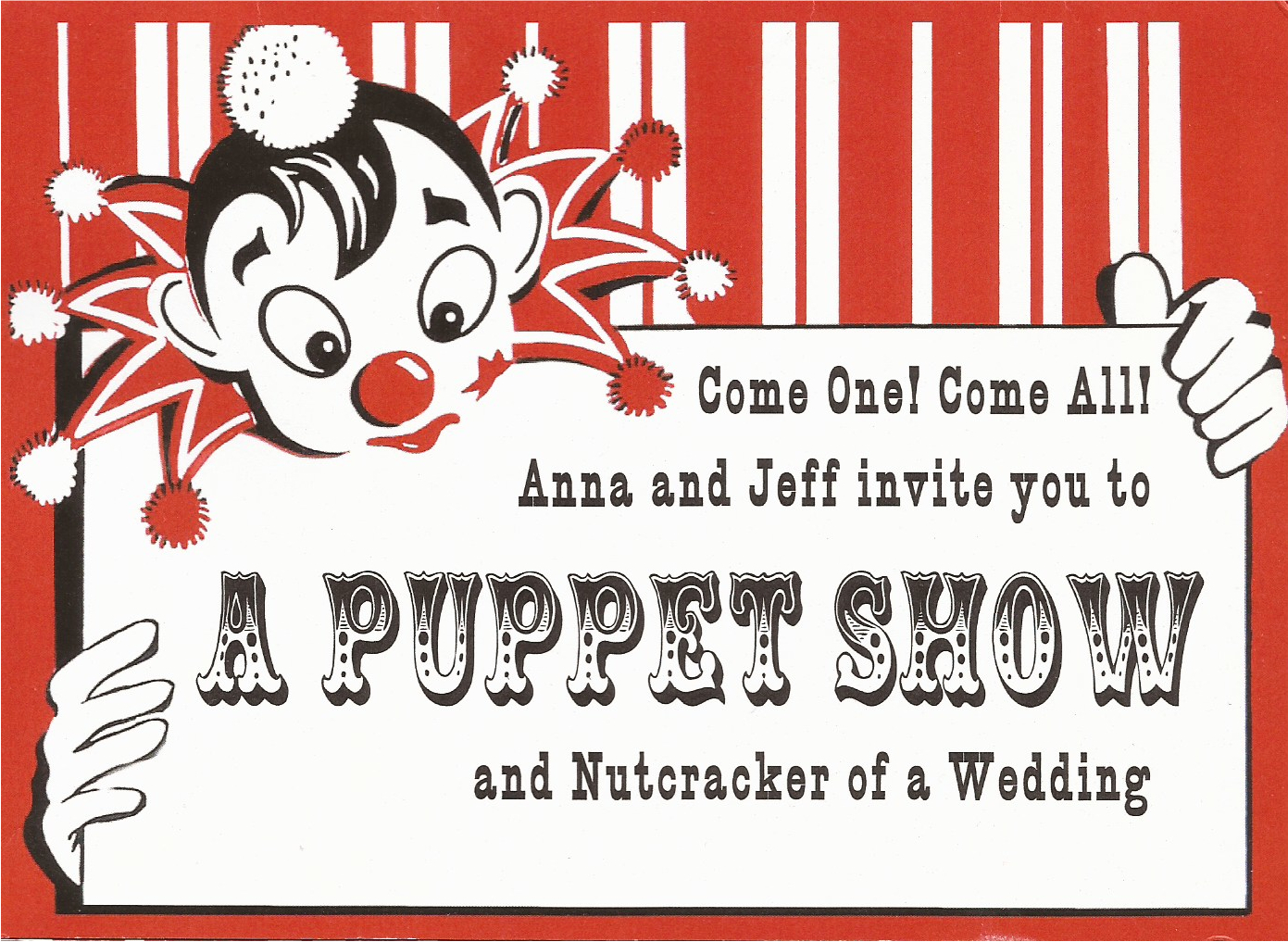 Modern weddings require so much planning - the venue, the flowers, the DJ, the band, the menu, the guest list, the seating arrangements, the puppet show...  That's right, the puppet show.  It probably goes without saying, but my very favorite part of any wedding is the interactive, musical puppet show.  Lucky for me then that two of my most glamorous pals celebrated their wacky tacky winter wedding within the hallowed walls of the Bob Baker Marionette Theater.

If you're unfamiliar with this Los Angeles institution, then it is time to rectify that situation right quick.  We have been to holiday shows, birthday parties, and tours at the BBMT; we've even had the chance to perform on the same bill as the Bob Baker Marionettes (some of the very same that were used in the movie, Escape to Witch Mountain) at the Charles Phoenix Wig Wam Pow Wow.  Believe me when I tell you that seeing the marionettes is a life-changing experience that elicits childlike wonder from even the most hard-hearted scrooges among us (read more about the theater in a recent post by Retro Roadmap).  With an ideal couple and an ideal venue, it would have gone against nature not to have a wedding!

I've said it before but in this case it bears repeating; I am a huge fan of marriage but not so much of the overblown, cookie-cutter, magazine weddings so prevalent these days.  It is my opinion that a wedding should be an accurate reflection of the couple's personalities.  A wedding should be a celebration of love and friendship, rather than a celebration of overpriced chicken dinners and questionable centerpieces.  Truthfully though, I love love and a wedding in any form makes me happy.  One that begins with a puppet show, however, makes me wish that I was headed for the altar!

Once the ceremony had concluded, everyone adjourned to the reception area for dancing and dessert.  Guests of the wedding were charged with bringing a "Wee Cake" to share.  As is my custom, I way over-thought things and did major web-based research to find out just what a "Wee Cake" was.  Was it a thing, a movement, a trend (three of my least favorite things)?  Bucking the slowly-dying cupcake culture of late, a relatively-recent chain of bakeries opened an outpost in our area that sells nothing but bundt cakes.  Its name, you ask - Nothing Bundt Cakes!  I wondered if a Wee Cake was a similarly trademarked product of which I had heretofore remained blissfully unaware.  When, with the help of a few other confounded guests posting queries on Facebook, I finally determined that a "Wee Cake" was little more than a little cake, I formulated my design.  I actually took a shortcut and bought a tiny, lemon-flavored Nothing Bundt Cake cake (surprisingly delicious for store-bought) for my connubial contribution.

Absolutely sure that no wedding could possibly top the drama, the hilarity, the authenticity, and the pure spectacle of Anna and Jeff's Marriage-March-of-the-Marionettes wedding, wacky tacky issues the marriage-minded among you this simple advice: do yourself a favor and just ELOPE!


Well, are you jealous or what?  Have you ever seen a more wild and wonderful wedding?  Aside from your own, what is the best wedding you have ever attended (did puppets play a part)?  If you are in the midst of planning your own wedding, be sure to send Mr. Tiny an invitation; he travels well and brings the party (and the naughty cake) with him!