Senior Day at the Abandoned Zoo

There are benefits to getting old.  One, for instance, is that park rangers seldom hassle you when you find yourself sidling through a hole in a chain link fence to trespass in the cordoned-off animal enclosures of an abandoned zoo. 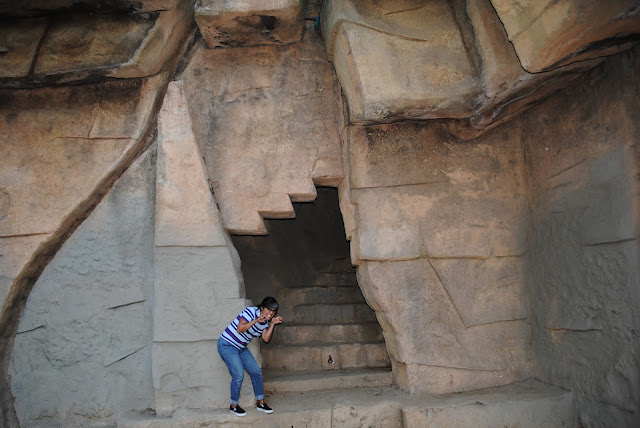 Wanting to go for a hike, my sister-in-law and I headed to Griffith Park.  Griffith Park is known for many things - the hiking trails, the eponymous Observatory, the carousel, the trains at Travel Town, and the world-class, if sometimes controversial, Los Angeles Zoo.  Long before The LA Zoo opened its gates in 1966, however, there was the original Griffith Park Zoo.  The "old zoo" opened in 1912 with a small collection of both exotic and domestic animals.


It wasn't long into our exploration before we heard tires on the nearby path.  The sound of the tires was followed immediately by a searchlight, which seemed a wee bit excessive considering that it was about two hours until sunset.  Concealed by the animal habitat, we were such dorks that we looked at each other and wondered if they were looking for us.  Our question was quickly answered when a voice on a loud speaker ordered us out.  I've spent my whole life as a goody-two-shoes so I am pretty sure that I went into full Chunk mode, blubbering as I confessed to every childhood wrongdoing beginning at year one, before putting my hands up and slowly backing towards the fence.


Maybe I overreacted.  I think the ranger was so surprised to see what looked like two responsible, adult citizens that he simply told us that we weren't allowed to be there, directing us to climb through the fence and move along.  He didn't even have time to remove the toothpick from his clenched teeth before he added, "If you can fit..."  I suppose fat-shaming me is just all in a day's work for a park ranger.


Actually, I think we looked so square and so sweaty that he was inclined to feel more sorry for us than upset with us.  Also, compared to the scores of young people he probably extracts from behind the fence every day, our activities were comparatively benign.  The odor of marijuana may have hung heavy in the much-graffitied enclosures littered with spray cans, but I think he could tell that the peri-middle-aged nerds in color-coordinated outfits with cameras hanging around their necks were probably up to anything but "no good."


We got off so easy that I considered asking the park ranger if he would give the two trespassing oldsters a ride back to the car but my sister-in-law didn't think that was such a good idea.  She said that just because he had a badge didn't mean that it was safe to enter his vehicle and get transported to a secondary location.  Thanks, Sis, for a great hike and for reminding me about the perils of Ranger Danger! 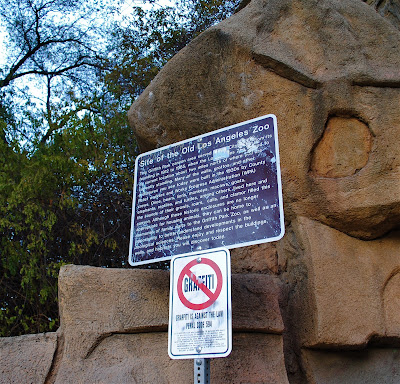