One time I went to a holiday party and joined in a conversation where a key player was delighting everyone with his impression of Paul Lynde.  His was exceptionally good, considering the fact that Paul Lynde, already a flamboyant caricature of himself, is universally quite easy to impersonate.  As the evening wore on and guests circulated, said impressionist continued to insinuate himself into conversations, employing the same Center Square schtick.  Naturally, my threshold for Uncle Arthur began to be seriously challenged.  Pushed to the limit with every head-wagging innuendo, I got the feeling that even Mr. Lynde himself would have said, "The sincerest form of flattery is keeping your trap shut."  Right before reaching the breaking point, I realized that this imitation went beyond a mere party trick.  It was much more even than a social crutch.  Impersonating Paul Lynde was this guy's thing.  When someone finds a harmless activity/behavior that he does so well that it becomes his thing, who am I to stand in his way?  Such is the case with Charcoaler Drive-In.

Charcoaler Drive-In perfected its "thing" in 1961 and has been exercising its right bring that to the party ever since.  And unlike the "Lynde-inator," Charcoaler's familiar performance does not grow wearisome over time.  So, not only will I avoid standing in the way, I will instead prepare the way for Charcoaler by singing its savory praises.

While Charcoaler continues to refer to itself as a "drive-in," my assumption is that the traditional drive-in formula gave way to the drive-thru format quite some time ago.  The set-up at Charcoaler is conventional enough; guests arrive at a wonderfully-succinct, drive-up menu board and place their orders through a speaker box.

Pulling through to a window where money is exchanged, guests can anxiously watch the preparation of their orders.  Moments later the food is delivered with friendly utility.


Okay, so the whole encounter smacks of McDonald's, Taco Bell, Wendy's, et al.  But it isn't.  The mood, the history, and the unflawed atmosphere set Charcoaler worlds apart.  Even I, however, when reviewing photos of Charcoaler Drive-In, find the structure and the food-delivery method all rather unprepossessing.  The fact is, even the best photographer would consider it a challenge to capture the texture and intact character of an original mid-century drive-in with a mouthful of charbroiled burger and fingers dripping with the house-made barbecue sauce.


Reason enough to go, the food at Charcoaler is whiz bang - a solid three-steps up from the ubiquitous, regional chain restaurants that crowd the surrounding neighborhood.  The best reason to patronize Charcoaler Drive-In, however, is that it is everything it needs to be...and nothing else.  Unconcerned with the flux of the fad-driven, contemporary American diet, Charcoaler Drive-In's menu holds fast to classic drive-in fare (with a few minor additions over time to satisfy every palate).

Clearly, Charcoaler Drive-In is in no need of redecorating which means that drive-in diners can enjoy the true "essence" of a lovingly-preserved establishment without the "ticky tacky" presence of Mr. Lynde.

If you find yourself in West Texas, southern New Mexico, or anywhere in the Western Hemisphere, then haul your buns to Charcoaler Drive-In; they'll have your burger waiting! 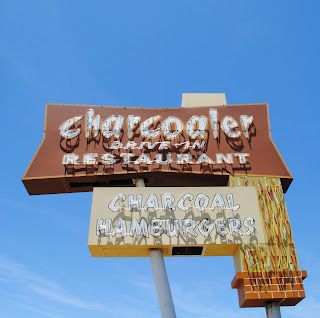 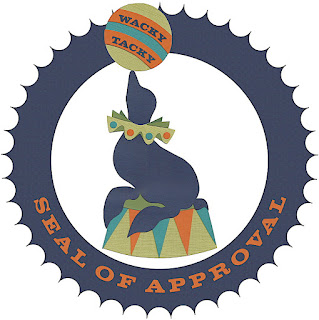