Not so very long ago, I was awarded the Irresistibly Sweet Blog Award by my friend Emily over at The Silver Screen Affair.  As part of that award and subsequent blog post I was required to list seven, little-known facts about myself.  Recently, I have hit one of life's charming, little "bumps in the road" and consequently, "ye olde blog" has definitely suffered.  I haven't gotten out of the house very much and therefore have not had much about which to write.  In a feeble effort to maintain the blog, I thought I would share an additional bit of personal trivia (something I would not ordinarily do) because I am a "blogger lemming" and after seeing a few other bloggers share their alphabetical information I thought it seemed interesting.  Hopefully, I am not alone in that.  To get you in the spirit, please enjoy the "ABC Boogie."

A-Age:
Majority.  I always wondered why people hid their true age; now I know it is because it is embarrassing to explain to people that even though you act like you're 14, you're actually 30 - from what I hear.

C-Chore that you hate:
Shaving!!!  I suppose shaving would better be listed under the category of personal hygiene/grooming but dang, it is definitely a chore.  What can I say, I have a big face!

E-Essential start to your day:
Waking up.

F-Favorite Color:
It is hard to think of a color that I don't like.  I am definitely drawn to the primaries.

G-Gold or silver:
This is probably the only one that I can give a completely-honest and unequivocal answer - GOLD, GOLD, GOLD!!!!  Silver just ain't tacky.

H-Height:
Am I standing up straight?

I-Instruments you play:
Okay, it's time to get a little serious.  Just recently I have discovered that one is never too old to become a child prodigy.  Without bragging, I have been told that I am a Fisher-Price Pull-A-Tune Xylophone virtuoso.  I am self-taught and play entirely by ear.

J-Job title:
The title that I would give my job is far different than the imprint on my business card.  Until the whole go-go dancer/reality show star thing works out, I think it better to simply refrain from saying anything negative.

K-Kids:
Love 'em.  No matter how old I get my mentality remains that of a seven-year-old - a very hungry, very opinionated, very surly, seven-year-old that has missed his nap, but a seven-year-old nonetheless.  It is their honesty and quickness to laugh that makes kids the best human beings.  I could never be a teacher, Sunday School or otherwise, because I think everything kids do is hysterical.

L-Live:
Absolutely, despite the ghostly pallor, I am 100% alive - okay, maybe 94% alive in sunny, Southern California.

M-Mother's name:
Sometimes I wish that it was Lily Munster or even Yvonne de Carlo but I got pretty lucky with the mom I have; her name is Deborah. 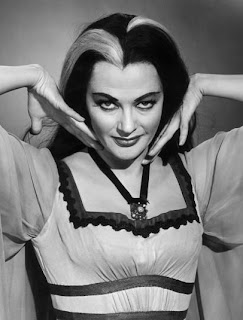 N-Nicknames:
Occasionally, people drop the "Mister" and just call me Tiny.  I am very decorous, however, and do not encourage this kind of behavior.

O-Overnight hospital stays:
None, but there's always tomorrow.  That's me, always looking on the bright side.

P-Pet peeves:
Bad drivers - with those who flip me off when they have done something wrong leading the category followed closely by those who refuse to use their turn signals, cutting in line, coughing and/or sneezing (yes, general symptoms of a potential allergy attack/cold drive me bonkers), fake British accents,  uncorrected, speech-impediments in adults, people at work who obviously see the sign but continue to exit the restroom without washing their hands, weak hand shakes (especially with the people at work who have not washed their hands), my neighbor of over 20 years who knows my name but puts "anonymous" notes addressed to "driver of this car" on my windshield threatening to call the police when I park in front of his house on a public street with the added suggestion that I park a block away and walk so his "view" will remain undisturbed, servers in restaurants who sit down with me when they are taking my order, being "put on hold" when I am actually present in a store/at an office so the person can take a phone call, slow walkers, when the volume on the TV doubles during commercial breaks...I could go on but I am afraid I'll begin to lose friends and followers...

Q-Quote from a movie:
Where do I start???  I try not to be one of those people who constantly quote films but I am an avid movie watcher and sometimes the quote fits!  Basically, any line from The Parent Trap (1961), The Quiet Man, Pee Wee's Big Adventure, and Ferris Bueller's Day Off.  Also, "Oh, Jerry, don't let's ask for the moon; we already have the stars."

T-Time you wake up:
I think it actually is time that I woke up.  Truthfully, I wake up as late as possible whilst still allowing me to get to work reasonably on time.

V-Vegetable you hate:
I can't think of a veggie that I hate - except CELERY!!!  You can cover it with all of the peanut butter in Peter Pan's arsenal and it still tastes gross!  And it has strings!  STRINGS!!! It's like getting a stray hair with every bite! Yech! 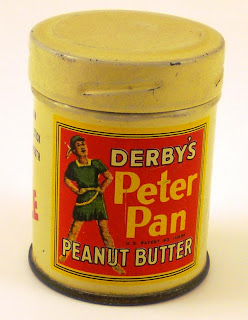 W-What makes you run late:
I never run if I can help it.

X-X rays you've had:
Is it normal for people to gag to the point of vomiting from routine, dental x-rays?  No, I am not asking because it happens to me every time.

Y-Yummy food that you make:
Everything I make is yummy.  I am loathe to toot my own horn, but I am a solid home-cook and love to make dinner for the fam.  Clean plates and no complaints!  I think I'll tole paint that on a little sign to hang above the stove....barf.


BONUS ABC TRIVIA: I can say/sing the alphabet backwards in under 3 seconds.  I'm sure a lot of people are capable of the same thing but really, throw me a bone, it's all I've got.