I had every intention of publishing a patriotic post for the 4th of July, but in preparing for the big day I was all consumed by shopping, cooking, and cleaning.  In the battle for independence, America was the victor.  In the battle for holiday precedence, hot dogs won the day.

It would have been entirely apropos for me to post this in a timely manner; after all, what better way to celebrate the independence of the United States of America than by visiting its capitol, Washington, D.C.?  As much as I wish Jean Arthur was there, I'm glad that I was able to visit as a tourist rather than a pawn in the corrupt machinations of corpo-political graft a la Jimmy Stewart in Mr. Smith Goes to Washington.  Nevertheless, I did feel a bit of Frank Capra's dichotomous reverence and revulsion for the workings of our political system as I wandered the busy streets of my nation's capitol (for the very first time) looking for the wacky tacky.

I know that there is much more to be seen than we were able to accomplish in just two days but we really got a solid primer of Washington, D.C. thanks to some last minute planning and a good friend.

The first stop on our whirlwind tour was actually outside of the city at the home of none other than George Washington, Mt. Vernon.  Nestled along the banks of the Potomac River, this country estate really did offer a view into the life of our first president and into early America.  Sadly, visitors are not allowed to take photos of the home's fascinating interior but images can be viewed here.

Mt. Vernon Travel Tip:  The docents don't like when tour guests make reference to George Washington's flatulence when viewing his private bed chamber.  Nor do they like it when tour guests say, "Bye-bye, have fun at the glue factory," to a small herd of goats that have just been loaded up into a cart.


When I asked for recommendations on what to do in D.C., overwhelmingly the response was "The Smithsonian."  The Smithsonian Institution is comprised of many museums, galleries, and research centers so one could ostensibly spend many days in the exclusive pursuit of seeing each and every one of those facilities; we couldn't afford that luxury.  We did happen to be in town on the best possible day as the three museums (American History, Natural History, Portrait Gallery) that I had to visit were open late.  Gladly, we made it to all three. 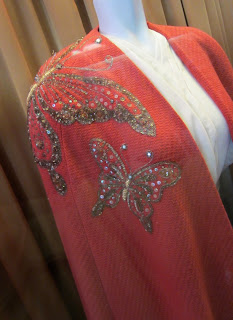 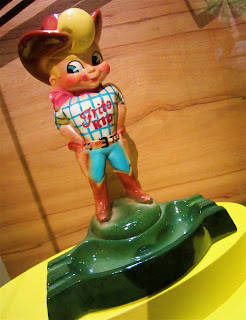 Beyond Kermit and Julia Child's kitchen, I had no idea what I'd be seeing at the
American History Museum.  Other visitors had no idea that the squeal I let out upon
seeing the fritillaries cape from Now Voyager from across the room was emanating
from a grown man.  What can I say?  I love Hollywood history...and Frito's!!! 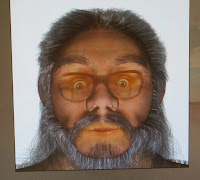 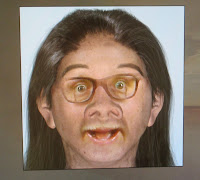 
One of our oldest family friends works as a political advisor for a senator and she arranged a private tour of the Capitol Building for our ragtag bunch.

My favorite part of the trip to Washington, D.C. and the moment I felt closest to Jimmy Stewart's character was visiting Abraham Lincoln.  Maybe I was getting overly dramatic but it became clear that this memorial was a place of redemption, a reminder that even great wrongs can be made right.  It was a place to acknowledge that every life has meaning.


We saw so much in the short time we had in Washington that we left feeling nearly as exhausted as Jefferson Smith in the waning moments of his filibuster.  Yet we'd still love the chance to return with more time and a better idea of the cool neighborhoods and surrounding areas.

Have you ever been to Washington, D.C.?  What was your favorite part?  What did we miss?  I hope you had an awesome 4th of July whether you are a U.S. citizen or not!