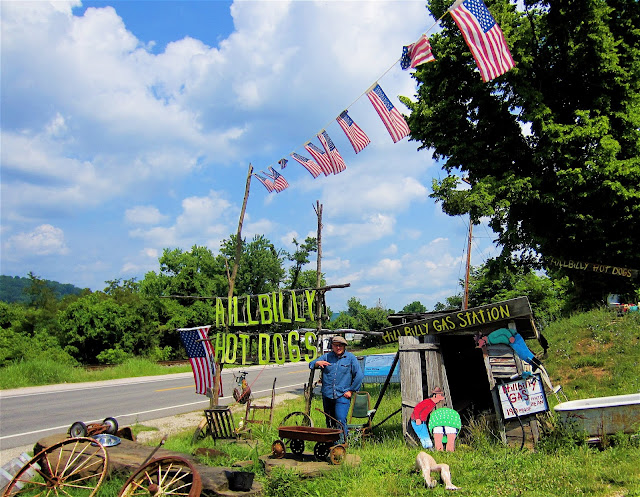 Do you ever go someplace entirely new to you only to get the feeling that somehow you're home?  Where the accumulation of generations' worth of junk is immediately off-putting and comfortably familiar?  Where the jokes are inappropriate, immature, unappetizing, AND entirely hilarious?   Where the food is nothing like "Mama used to make," and that is a good thing?  Hillbilly Hot Dogs in Lesage, WV is the home for which I'd never dared to dream!

I have never posted two "Chow Time" posts in a row, but I am winding up my wild and wonderful West Virginia wingding and I didn't quite plan the sequence as carefully as I might have.

Opened in the waning days of the 20th Century, Hillbilly Hot Dogs' appearance belies its mere adolescence; aged outbuildings, rusty farmyard equipment, and weathered vehicles give the facilities the time worn look of a much older hillbilly holler.  While technically it is a restaurant, Hillbilly Hot Dogs is at its core a giant junkyard.  Except for the unctuous aroma of hot dog and french fry oils heavily perfuming the air, a traveler might mistake HHD for the Appalachian interpretation of Sanford and Son.  Not shy of that fact, the management has made the "Junkyard Dog" one of the premiere menu items.

With its tongue firmly entrenched in the hollow of its cheek (parts of the anatomy one really shouldn't think about when eating mystery-meat hot dogs), HHD takes all of the hillbilly stereotypes, embraces them, and makes them digestible for an outsider audience. 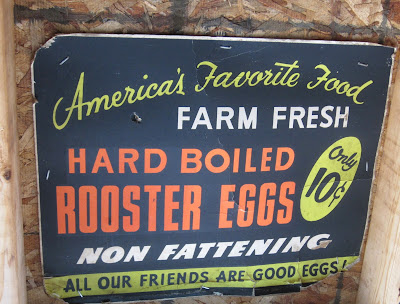 After surveying the premises and making a lasting impression on the walls and windows of a school bus, we made our way to the counter to order our hillbilly grub.  The menu, like the sprawling yard, is extensive and took some time to peruse.  The big challenge is the "Home Wrecker," a fifteen-inch hot dog with everything (and I mean everything) on it.  If a single guest can finish this big dog in under twelve minutes, the Home Wrecker and a prize T-shirt are free (stomach pump NOT included).  We toyed with the idea of ordering one and splitting it amongst our party of four but the last thing I wanted to do was waste time being sick! 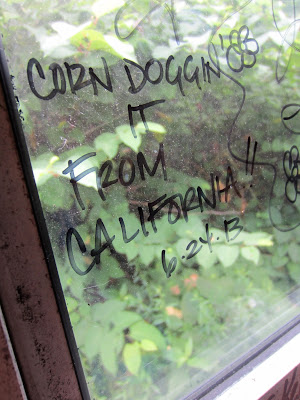 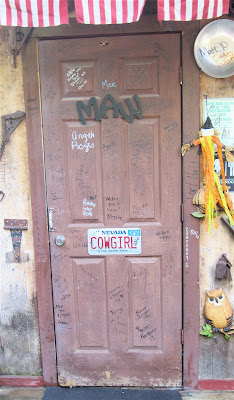 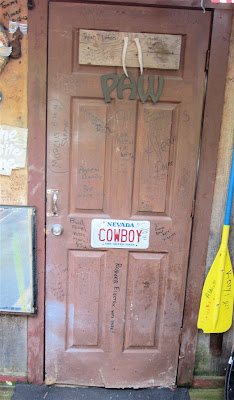 It would have been entirely possible, necessary even, to have spent hours combing the grounds of Hillbilly Hot Dogs inspecting all of the accumulated treasures, dilapidated vehicles, and silly signage.  Unfortunately, we had to keep our visit brief as this was my very last stop before winging my way home. 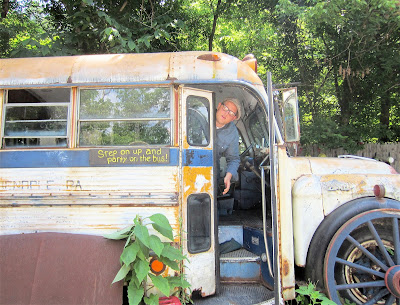