Leave it to old chucklehead over here to tell you about something cool with only days left to go experience it for yourself.  For well over a month, the Huntington Beach Art Center has played host to "Kustom Kulture II," a collection of paintings, sculpture, photography, poster art, automobiles, and artifacts that documents Southern California's Kustom Kulture scene - but we hadn't had the chance to go until yesterday.

It wouldn't be much of a Kustom Kulture exhibit without the big names - Robert Williams, Ed Hardy, Von Dutch, Ed "Big Daddy" Roth, George Barris, et al.  Many more artists were included and if my reporting skills weren't so abysmal, then I might have remembered a few of their names and credited them accordingly. 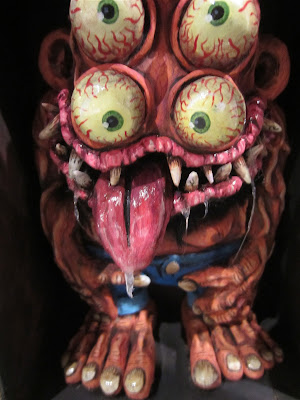 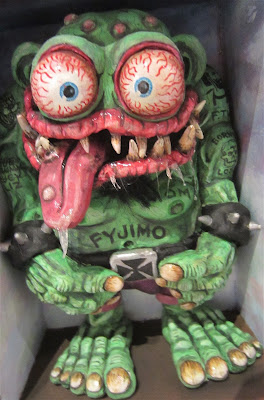 In photograph, these almost look like two-dimensional paintings,
but they are incredibly-detailed, sculpted figures - even the slobber!

When it comes to lowbrow art, I only like it one way - lowbrow.  Lowbrow with overly-thoughtful, highbrow tendencies is a big turn off to me.  I think that is why so many people connect with Ed Roth's art; there was no pretentious message behind Rat Fink.  Even if Rat Fink was symbolic of something, it was of abandoning pretension and enjoying the many pleasures of life - real wacky tacky.  As much as I appreciate their work, I think some artists can take themselves way too seriously. 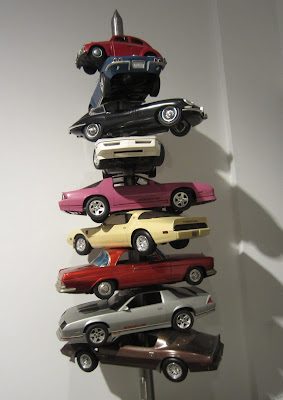 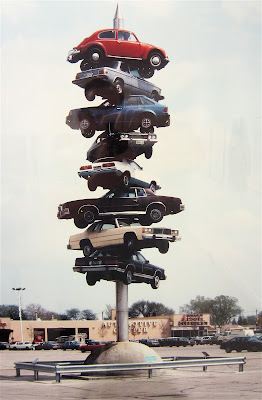 Which came first, the chicken or the egg?


Of course, the star of any Kustom Kulture show is the work of Ed "Big Daddy" Roth.  It sounds bizarre, but I think there is something so wholesome and innocent about his imagery; it is like being a child, taking all of the grossest, coolest, craziest things one can think of and putting them all together.  There is no fancy training, no respect for tradition, no overt political agenda - just a reckless abandon, speed, and fun! 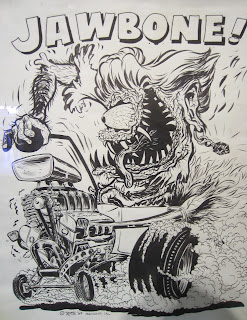 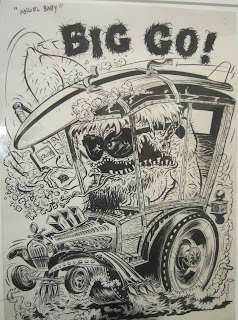 Lucky to have been brought up around this (k)ulture, I was particularly excited to visit again with one of Roth's most celebrated works.

If you're in or around Orange County, CA, I suggest a little trip over to the Huntington Beach Art Center for a dose of "Kustom Kulture II."  It was the perfect way to cap off our kulturally-rich summer after going to The Egyptian Theater in Hollywood for a screening of the Robert Williams documentary, Mr. Bitchin'.

The "Kustom Kulture II" exhibit officially ends on August 31 but Saturday, August 24, is the closing reception and panel discussion with the curator of the exhibit and some of the featured artists.  It's never too late to get some Kulture! 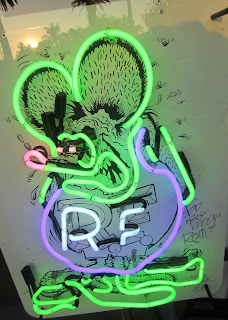