Now, usually, I am not one for making new year's resolutions - much less, keeping them.  However, as the circumference around my equator (on an anatomically-correct body I believe it is referred to as a "waistline"???) ever increases, the changing of the calendar year seems like a adequately-arbitrary time to reign in the chronic binge-eating of the past few months.

Before 2014 officially comes to a close, we have just enough time left to savor the sweet, sweet, burger-flavored memories of our trip to Bakersfield, CA and Andre's Drive-In (est. 1955).


With all of the surrounding cars, and electrical poles, and wires, it was difficult to capture Andre's at its most photogenic; surely, to most people it is about as plain a hamburger stand as California's Central Valley could muster.  I'll concede that without the finishing touches, it would merely be a stucco-clad, burger-dispensing, beige cube.  It is the genius of those simple finishing touches (see the optimistic script of the sign) that transform it from bland box to atomic space crab!


If the food was as good as the paintings in the window led us to believe, we were in for a real treat.  Seeing as how we had eaten only a short time before, Mary and I decided to opt for something on the "lighter side."

The French Burger left us questioning our own patriotism as all we could muster between sloppy, mustard-tinged bites was, "Vive la France!"  At "a million francs or three," we would definitely go Dutch on another French should we again find ourselves in the burger-friendly climes of Bakersfield!

Do you have any resolutions for the new year?  Do you lie to yourself by eating half of a double-burger and then telling yourself that you are halfway to a one-hundred-percent vegetarian, gluten-free, paleo diet?  Whatever your issues, whatever your resolutions, we wish you and yours a very Happy New Year!!! 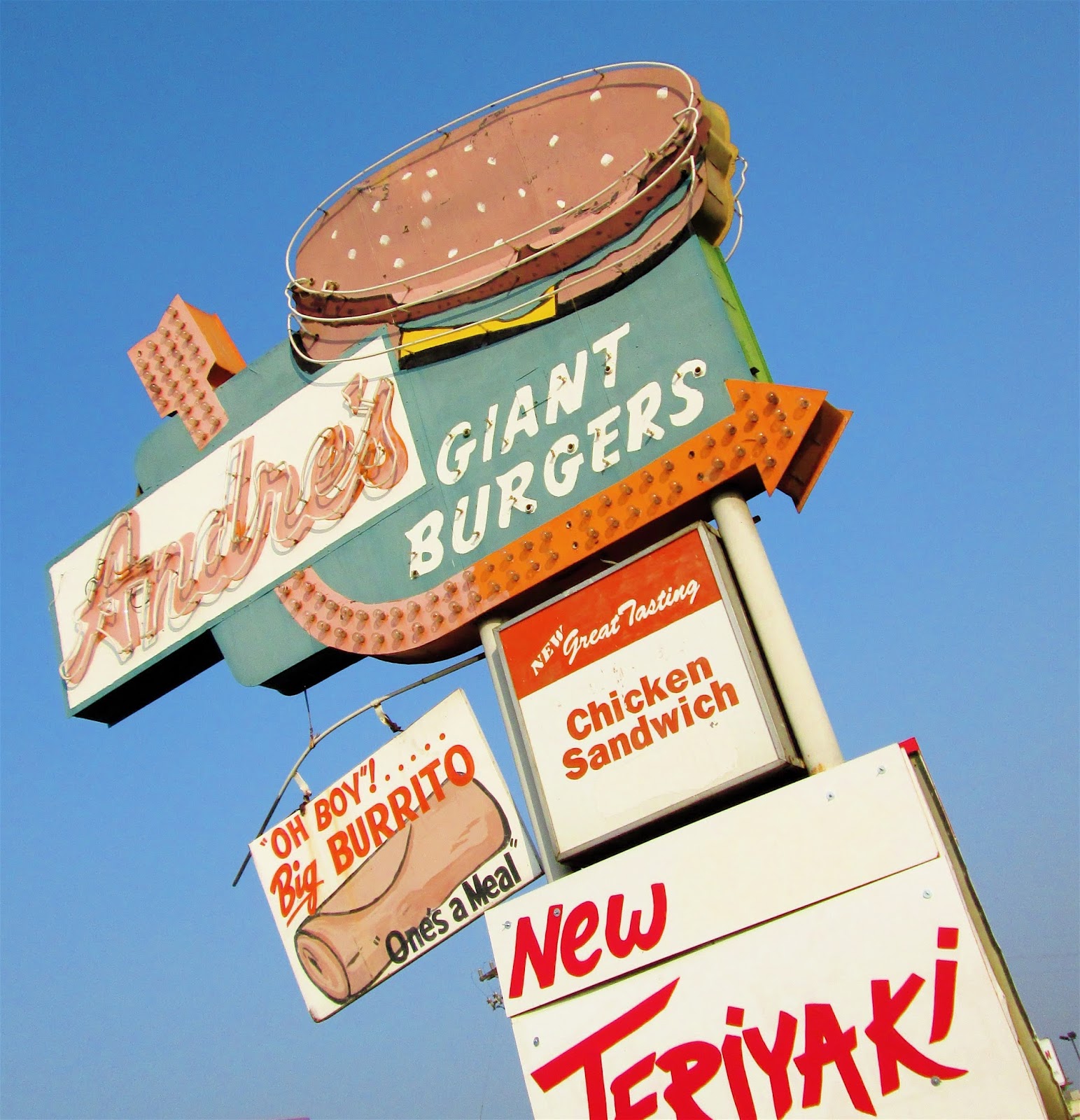