In the great scheme of things, an adventure to find one of our favorite houses from one of our favorite films seems positively puny when compared with the BIG adventure of the film's hero.  It might also seem highly unreasonable for a grown man to consider said house as holy ground.  When one considers that the house' primary, if fictional, resident was one Pee-Wee Herman (the original "eccentric man-child"), it all starts to make more sense.

Nestled between quite sizable Craftsman-style homes, the scale and current color of Mr. Herman's house make it a real standout in its lovely, South Pasadena neighborhood.  Having made no secret of the fact that my very favorite houses are those that resemble either a child's drawing or the sweet simplicity of a Mary Blair illustration, I could easily see myself feathering this particular nest.  I have never even seen the inside but I know that living in Pee-Wee Herman's house would make me feel like "the luckiest boy in the world."

I am such a die-hard fan of everything Pee-Wee related that someone might be liable to call me "crazy," "a nerd," "an idiot."  To that person, I have only one thing to say, "I know you are but what am I?" 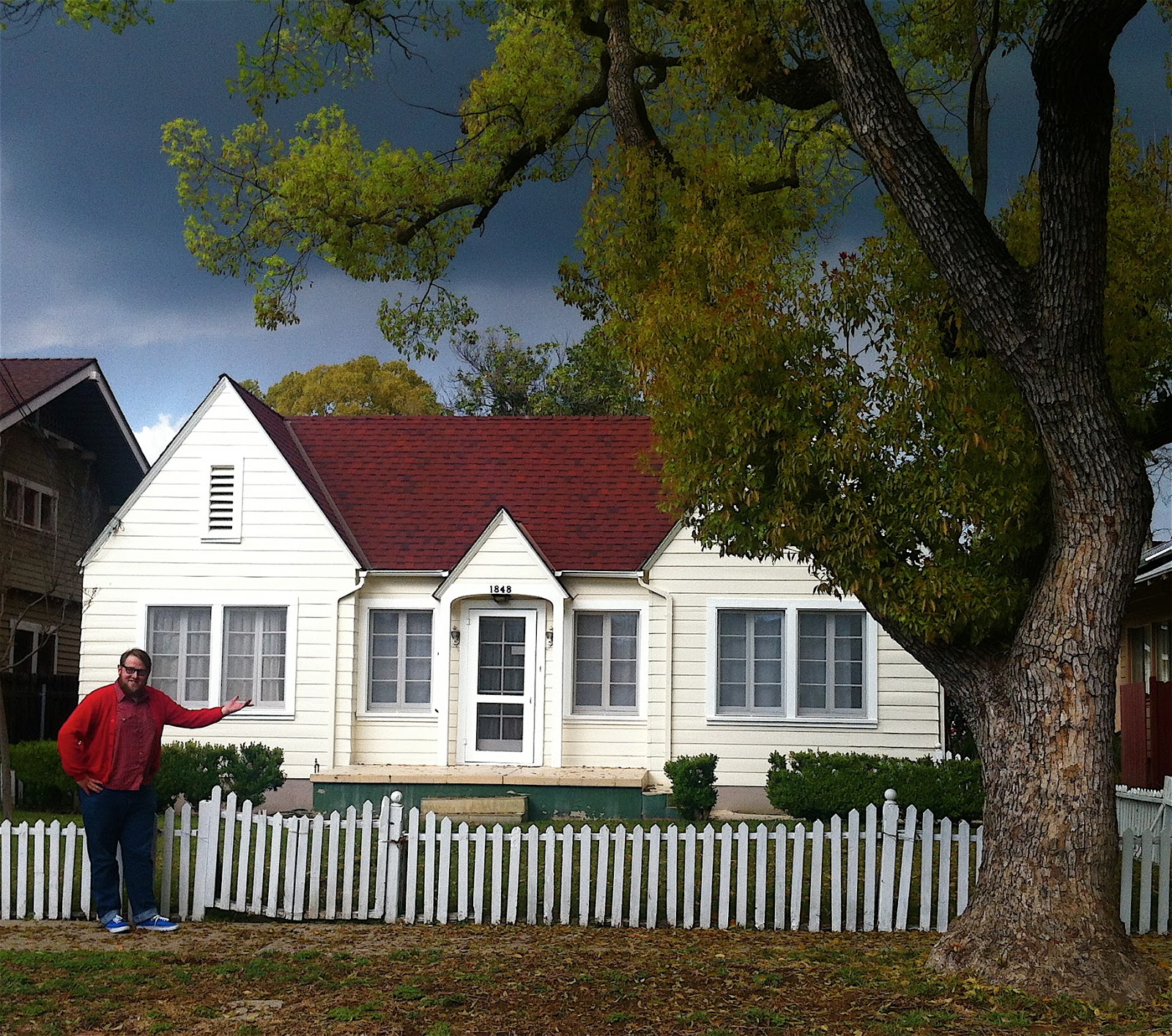