Have you ever seen that documentary special called "Things That Aren't here Anymore?"  It was a two-parter ("More Things That Aren't Here Anymore" was the sequel) that may have just been played on Southern California PBS stations because it is mostly about Los Angeles.  It is the thrilling and depressing documentation, as delivered by Ralph Story, of some truly amazing landmarks of early-to-mid 20th Century California - thrilling because the footage and images of these spectacular places make one's heart sing, depressing because the title is no joke, these things aren't here anymore.  It is a despicable tease and although it comes on pretty regularly, I have a hard time watching it because I get really bummed out knowing that I'll never be able to visit these "things."

The first time I saw the program (and after every subsequent viewing), my first thought was to be horribly disappointed and start preaching the gospel of "They just don't make them like they used to" and "There is nothing cool left in this world" and "Why don't I have a time machine?"  Then I consider how many places I have the privilege of knowing, that bring me tons of joy, and I realize how grateful I should be for all of the things that are STILL HERE (and for the polio vaccine)! 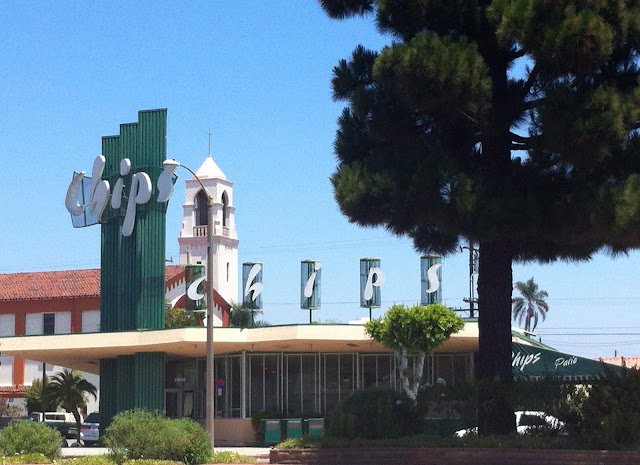 The fact is that there are still all kinds of amazing hot spots around town that are just waiting to be appreciated; one of these places is Chips Restaurant in Hawthorne, CA.  My photos do not quite do the googie architecture justice, but believe me the details are there. 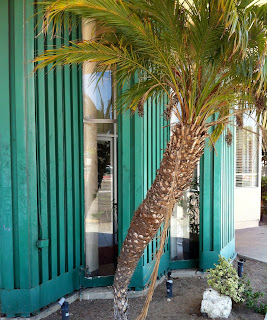 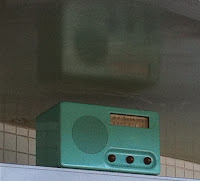 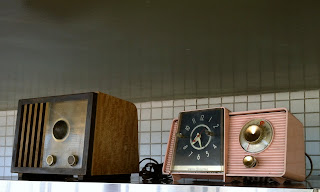 Sure the decorations, pretty much limited to a few vintage clock radios, may be a little lackluster, but I don't go into an authentic 50's cafe looking for Elvis and Marilyn Monroe.  I appreciate the subtlety of the decor and more importantly, the ability to see the original finishings.

Beyond single-serving cereals, the menu offerings are pretty standard diner fare. The execution of the dishes, however, is pretty darn tasty!  They even had my vegetarian brother excited to go because there were a few veggie options.  We say we're trying to stick to our "healthier habits" plan, but sometimes one needs a little reward after a hard week!


You might remember our visit to Pann's.  Pann's is sort of Chips' slightly-younger, more glamorous sister.  Its chrome is a little more polished.  Its colors a little more vivid.  Its pace a little more energetic. Roughly five short miles away, and maybe just slightly more plain, Chips has been serving delicious diner delicacies since 1957 and somehow it feels a bit more intimate and a bit more like a neighborhood hang out.  If you live in, or are traveling through, the greater Los Angeles area, we highly recommend that you check out both Pann's AND Chips so you can do your own thoughtful comparison.  We're pretty sure that you'll fall in love with both - and perhaps have to get a seatbelt extender!!!  With continued support, we can keep these beautiful places from going the way of things that aren't here anymore! 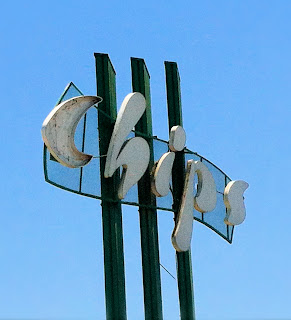