Do you ever get the feeling that you just don't belong?  The feeling that even after triple checking your ticket, you're almost positive that you have been invited by mistake.  You know, the feeling you get when you show up, to a sea full of people with asymmetrical haircuts and layers of avant garde, black clothing, and you're wearing a cap, a plaid jacket and a red bandana?

I decided that instead of running from situations where I get that feeling, I am going to start running towards them.  Sometimes the wacky tackiest thing to do is step outside the box and attend an event that soars far outside the wacky tacky radar.

When our friend, Amber, a very reputable sales representative for a very well-known line of quality, salon products, invited us to the huge hair show hosted by her company, honestly, I wasn't that excited.  Then I remembered that episode of Ricki Lake where stylists were competing in a hair show; I vaguely recalled a pair of hair chaps and a working fountain on top of someone's head and said, "I'm there!"

It took some convincing from Mary to get me to go after Amber informed me that there was absolutely no chance that one of the models would show up wearing hair epaulets and there would most certainly not be a weave with a built-in engine from a model helicopter that made the multi-color ponytail spin.  Even when we pulled in the parking lot, I wondered if I was going to be bored out of my gourd.  My attitude immediately changed as we walked through the doors.

Upon entering, the energy was great; the music was playing, the crowd was wild, and there were snacks everywhere!!!  We had to sign in and I was caught slightly off guard when we were asked to identify the salon that we represented - this was, after all, an industry event.  Without hesitation, I listed myself as the proprietor of Monsieur Tiny's Maison des Coiffures.  The young woman at the check-in table seemed appropriately amazed that I would attend this shindig and I detected a air of deference (and maybe a small salute) as she handed us our passes specially-marked "General Admission."  My ego was slightly deflated when Mary informed me that general admission was not a commissioned office of distinction, like General Colin Powell or General Ulysses S. Grant.  Nevertheless, I was glad to have come.  We quickly found Amber and started making the rounds.

It was apparent, or should I say "app-HAIR-ent," that 60's was the theme for the evening - at least for Mary and Amber.


We made it just in time for the runway show that included highly-stylized hair trends meant, much like haute couture, as inspiration for what will become more wearable trends in the future.  The show also represented the best of creative North American stylists who were competing for prizes, trips, and bragging rights.  The show wasn't just about hair though; there were aerialists, b-boys, contortionists, live demonstrations of styling, models falling on the runway, people spinning inside of giant Hula Hoops, and dancing shrimp!  Here are some images from the show; please forgive the crummy quality.  You already know that I'm not a gifted photographer and while they looked pretty solid on the little screen on my camera, the photos are a little lacking in a larger format. 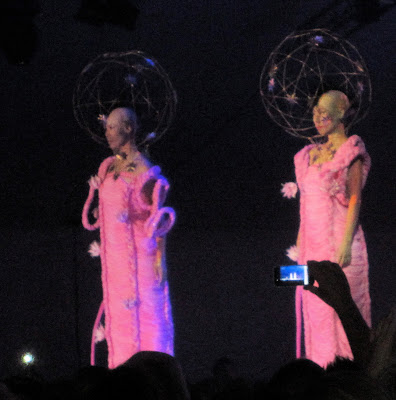 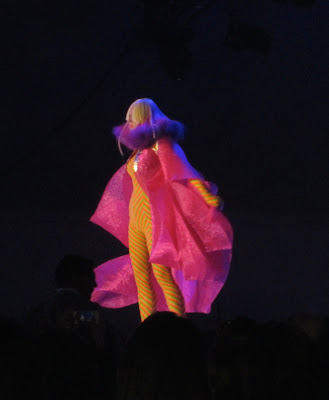 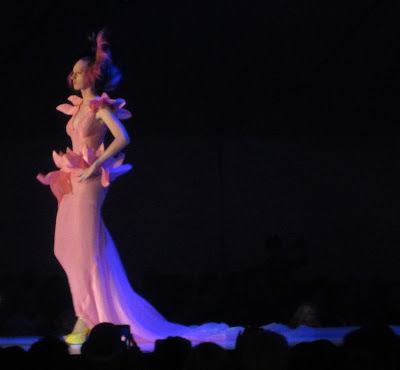 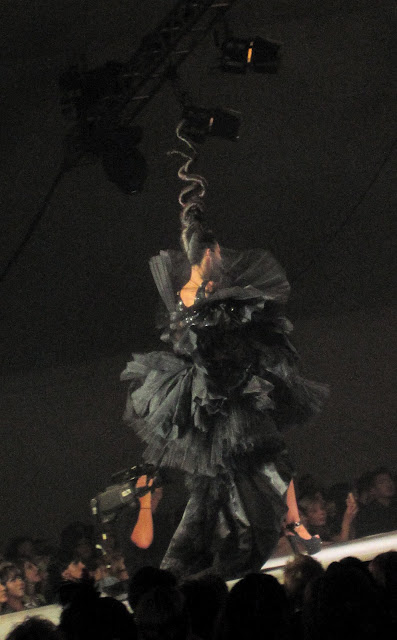 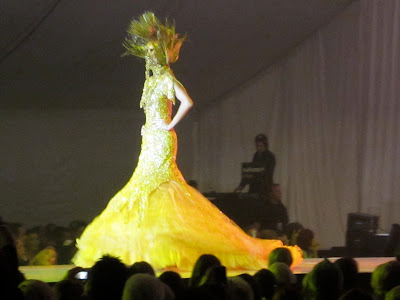 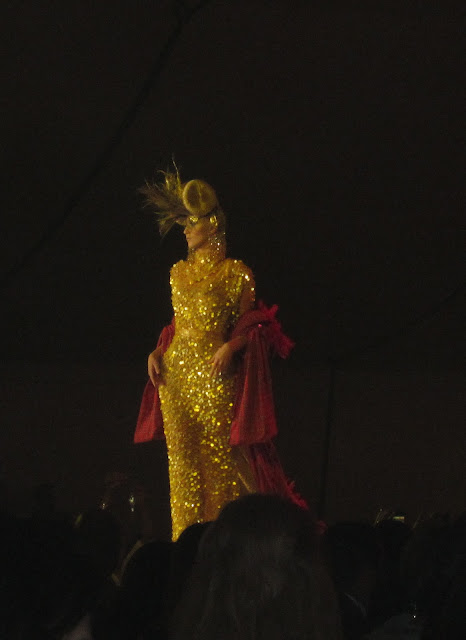 The end of the show resulted in awards, tears, and confetti! We took the opportunity to walk around, talk, and take some photos with some of the creative minds and the models. 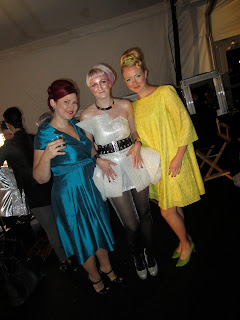 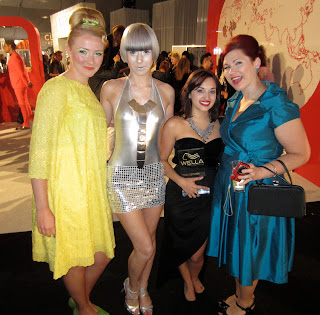 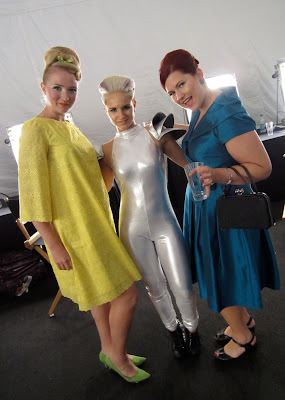 There were so many cool photo ops that we had to snap a few photos of the dress I made for Mary.  Pretty soon thereafter, the confetti proved just too alluring and she didn't want to stand still. 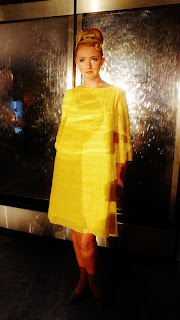 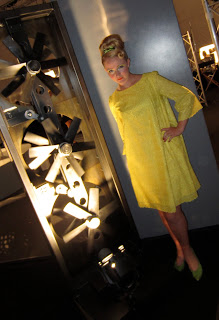 Believe it or not, the strangest part of the evening was not lying on the floor making confetti angels, it was the amount of attention we were getting.  I guess we stood out in our kooky get-ups, but I never get a second glance from anybody.  All night long people were complimenting us and  telling us how cool we were.  Trust me on this one, I have NEVER been the cool kid, so between the hair, the confetti and the compliments, the evening was the height of surrealism in action.

It may not have been Ricki revisited, but it was a great opportunity to see how a creative industry celebrates its talent and skill.  Next time you reach for the teasing comb and Aqua Net, just remember those intrepid hairstylists that paved the way for your crazy hair.  Thanks, Amber, for the amazing evening and helping me take a giant leap outside the wacky tacky comfort zone!!!