Aside from Pearl S. Buck, Don Knotts, Chuck Yeager, and Jennifer Garner, most West Virginians would be hard pressed to think of another native son to complete their handful of West Virginia celebrities.  While the grasp on native-born notables might be somewhat tenuous, West Virginians know for darn sure who died in their midst, and danged if they ain't proud!


A mild controversy between the neighboring towns of Hilltop and Oak Hill, WV has ensued over the years as to the esteemed title of Hank Williams Sr.'s Official Place of Death.  The matter appears to have been resolved by dividing the honor between "Last place seen alive" and "Discovered dead."  Not knowing when I would be returning to West Virginia, you bet your sweet life that I eschewed Hank's directive to "Mind Your Own Business" and I made the pilgrimage to both locations.

In the wee morning hours of January 1, 1953 Hank Williams' chauffeured Cadillac pulled into the Skyline Drive-In for some solid sustenance on his trip to Charleston, WV for a scheduled concert.

Williams was never to honor that engagement as just two short miles down the road he passed away from heart failure (allegedly caused by a combination of drugs and alcohol).

Whatever happened that night, it was clear that old Hank was fixing to be "Settin' the Woods on Fire."  Obviously, he instead "Saw the Light" and went right toward it; perhaps "Build Me a Cabin in Gloryland" was on his playlist for that fateful day.  I guess timing is the only real difference separating us from the same fate.  After all, no one gets out of this world alive.


"I'll Never Get Out of This World Alive" - Hank Williams 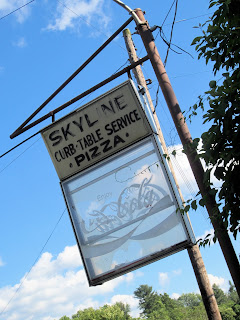 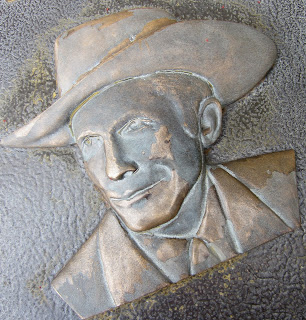