If Hollywood storytelling is as historically accurate as I like to believe, then Sean Penn Mickey Cohen (holed-up in the Park Plaza Hotel before a knock-down, drag-out fight culminating in his arrest) just had to have become a regular patron of the neighborhood's oldest and most-authentic outlet of oh-so-delicate, Jewish essen, Langer's Delicatessen (est. 1947).  Nearly seventy years after both the landmark restaurant's opening and the heyday of Los Angeles' most celebrated hoodlum/murderer/racketeer, only one of the two remains; as the saying goes, "Only the strong survive."  Langer's not only survives, it thrives in its original location at the corner of 7th and Alvarado, across from the famous (infamous?) cinematic location of Cohen's downfall, MacArthur Park.


If Mickey Cohen himself never partook of Langer's fine menu offerings, then I like to think that at the very least, Sean Penn's and Josh Brolin's assistants made time to run across the park and pick up some sandwiches from Langer's reliable curbside service during the filming of Gangster Squad.


Missing perhaps some of the stylistic splendor of other wacky tacky eateries, what Langer's might lack in form, it more than makes up for in function - delicious food.  To describe the food as delicious, delectable, delightful is merely to practice understatement in the extreme (not to mention alliteration).  Dedicated noshers travel far and wide just to get a taste of MacArthur Park's sole recipient of The James Beard Foundation Award.

Whatever you do, don't make like the cake made famous in song, getting left out in the metaphorical rain; get thee to Langer's ASAP! 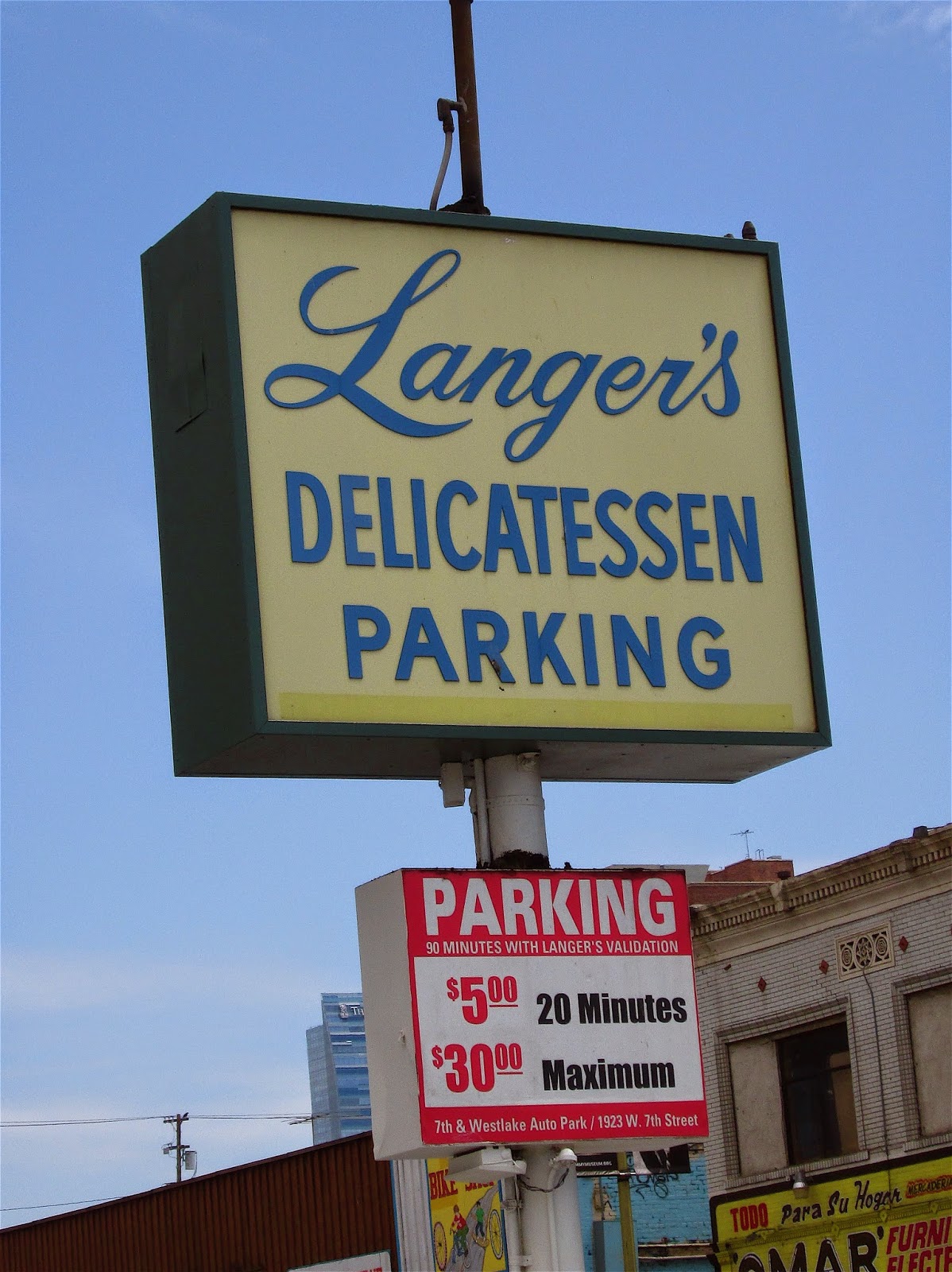