I don't know what it's like in the rest of the world, but in Southern California, one would be hard-pressed to channel surf through the often shallow waters of broadcast television (or even basic cable) at any time of the day and not find at least one channel playing any of the more-than-thirty films of Mexican cinema's greatest star, namely Cantinflas.

As an American, my first exposure to Cantinflas was as Passepartout, David Niven's valet, factotum, and all around right-hand man, in the Academy Award winning, Technicolor epic, Around the World in 80 Days (the star's only legitimate success in America).

It was a surprise thrill to become reacquainted with this international celebrity in the winding lanes and back alleys of Barcelona's Gothic Quarter during our High Rockabilly adventure of 2012. 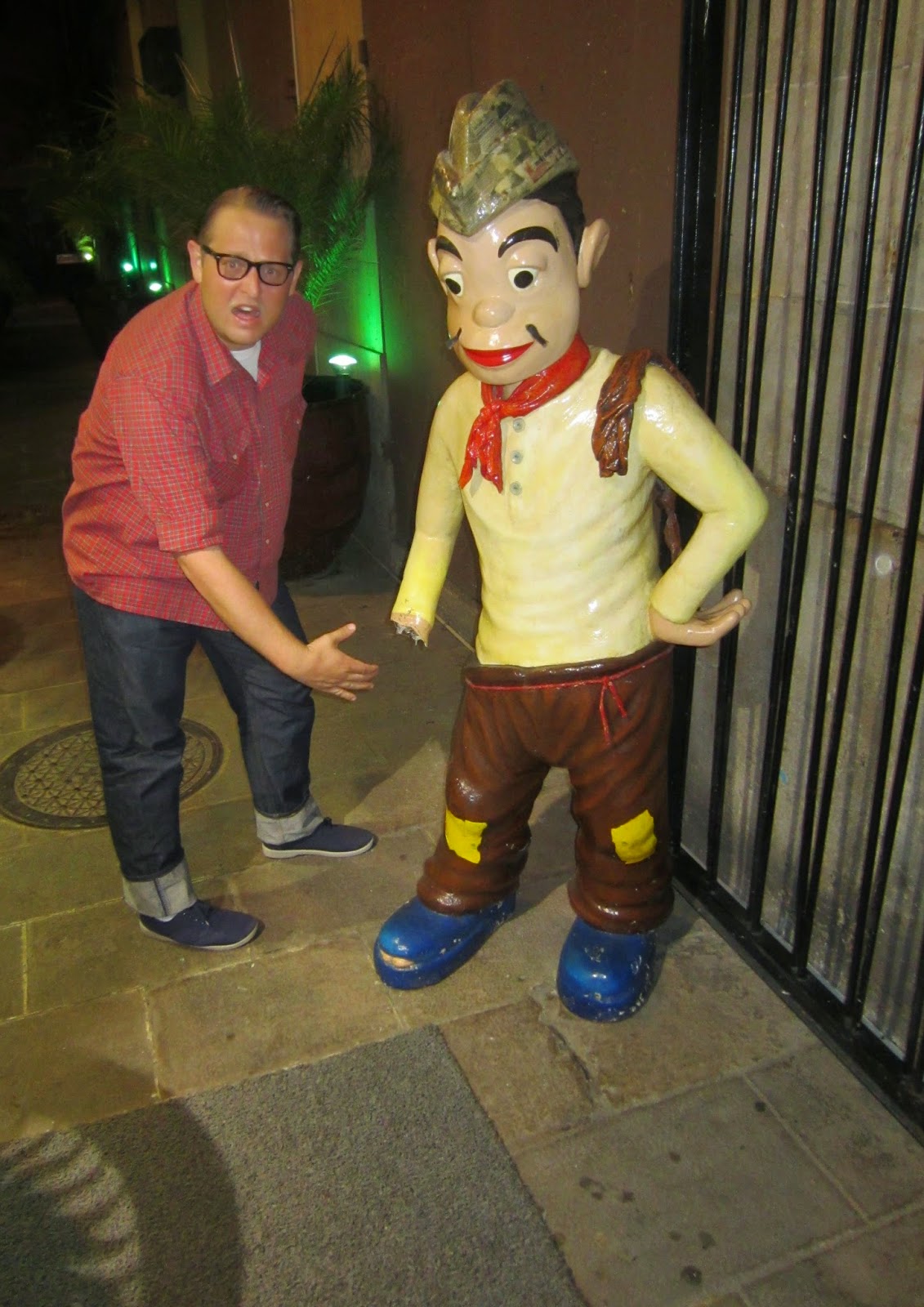 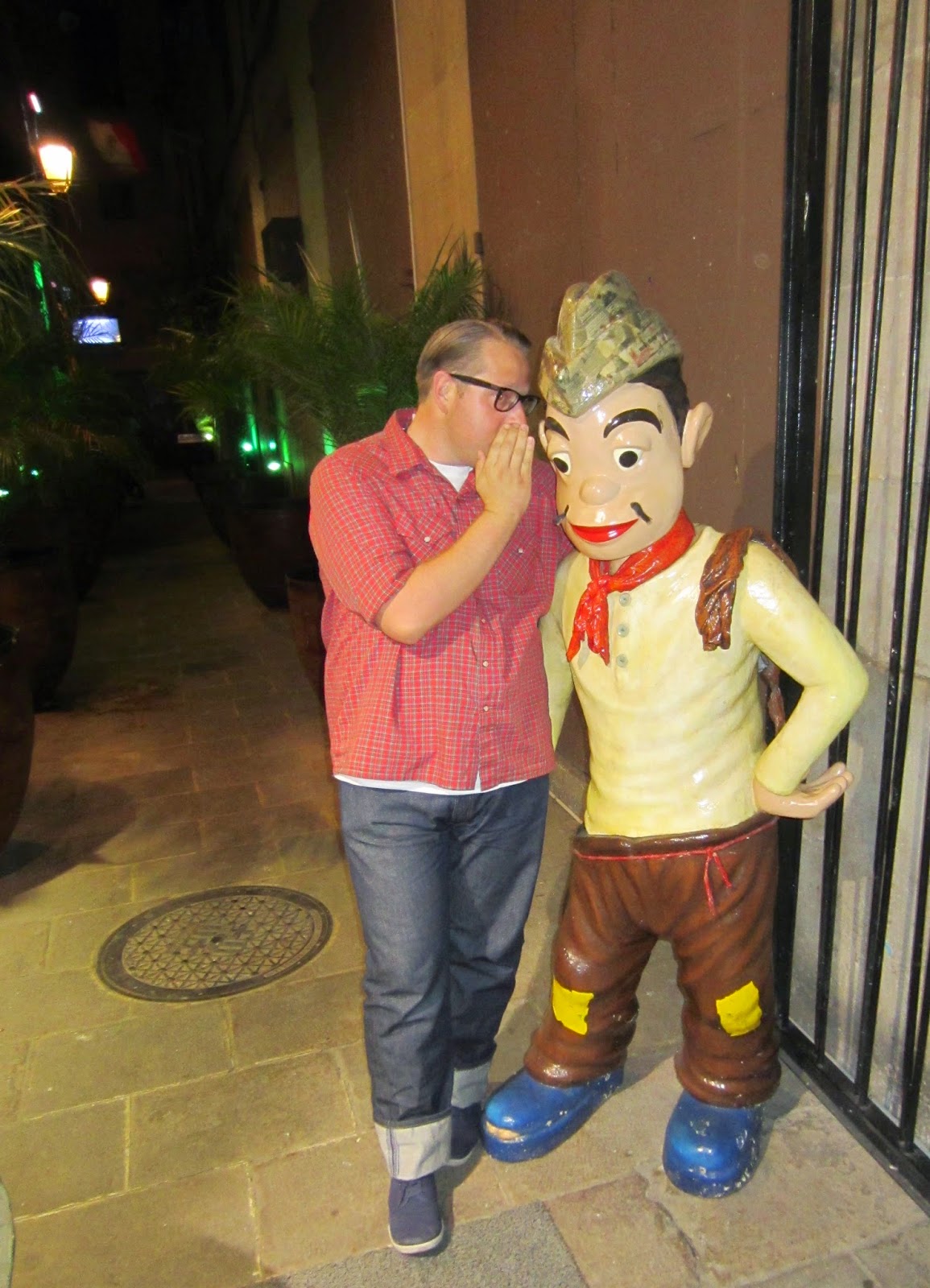 He might have only had one hand (the statue not the man) but he sure knew how to keep a secret!

Born in Mexico City, Cantinflas' wacky tacky credibility stems from his unique physicality, his clever manipulation of language, his iconic mustache, and the indivisibility of his on-screen persona from himself.

Even though my Spanish is limited to schoolyard curses and practical words and phrases picked up during my after school job at a bakery, I always pause when I see a "pelicula de Cantinflas" in progress.  Part Charlie Chaplin, part Groucho Marx, and part Mr. Bean, the universality of his beguiling performances all but eliminates any language barrier (the occasional English subtitle doesn't hurt either).

It is his enduring legacy of timeless comedy that has inspired a full-length feature film based on his life and career.  Unlike many big screen biopics, we are pretty excited to see Cantinflas.


As we approach what would have been his 103rd birthday, it seems especially timely to anticipate a silver screen celebration of his life and to reflect on his credo of happiness.

Are you a Cantinflas fan?  Is there a classic comedy star with whom you closely identify?  Are you currently considering the very real possibility of seeing Mr. Tiny transformed into Cantinflas (or at least his overweight, albino brother) this Halloween?