My father was a great builder of things - furniture, gates, a structure to house the pool equipment, theater scenery.  I, however, have done nothing to maintain his legacy.  Anything more advanced than an electric screwdriver is beyond my construction ken.  Hindsight graces me with the blessed guilt I feel for never apprenticing my dad, never absorbing his rich knowledge of the way things work.  As big a disappointment as I must be to my dad, Lloyd Wright must have been an equal source of genuine pride to his own father, Papa Frank Lloyd Wright.

Due to an extremely superficial knowledge of both architectural history and the location of Falling Water, I suppose that I've always associated Wright architecture strongly with locales east of the Rocky Mountains.  In spite of my ignorance, California (and the rest of the nation) shares equally in the wonder of America's most renowned architectural family.  Thankfully, two homes in Los Angeles, CA ensure that the adage "Like father, like son" will not die with Mr. Tiny.

Built in the Mayan Revival style, Frank Lloyd Wright's Ennis House is as much a part of the Los Angeles landscape as the Chinese Theater or Griffith Park, in the foothills of which The Ennis House stands.  Thousands of textile blocks create an imposing hillside facade, reminiscent of many of the great architect's other works but with a little extra drama/adventure/whimsy that we'll call "The Hollywood Treatment."


The architecture and Wright-provenance alone are enough to make The Ennis House a classic sightseeing destination.  Although, movie buffs that we are, we can't escape our fascination with the home's cinematic history.

Like a chip off the old, Mayan, concrete textile block, Lloyd Wright (FLW's eldest son) designed The Sowden House.  A miracle of modernism, the younger Wright created incredible depth and dimension with a combination of glass and textural block.  This house too not only carries with it the Wright cachet, but also the intrigue of Hollywoodland lore.

Commissioned by a reputable artist in the 1920s, by the 1940s someone allegedly far more sinister inhabited the home's storied walls.  In 1947 Dr. George Hodel, a respected surgeon, became a key suspect in the grisly Black Dahlia murder.  While he went unprosecuted for the crime, the doctor's own son believes that Elizabeth Short was murdered and mutilated inside the house, by his father, before being abandoned by the roadside in Leimert Park.  Shrouded in conspiracy and legend, the case continues to inspire Hollywood storytellers.

A more savory entry in the history of the home is its role in The Aviator; although the well-known screen siren never lived there alone or with any of her three husbands (Mickey Rooney, Artie Shaw, Frank Sinatra), The Sowden House stood in for the glamorous Ava Gardner's (Kate Beckinsale) Hollywood manse in the Howard Hughes biopic.


I love both of these masterpieces of Wright architecture, as much for their Hollywood history as for their living proof that modernism was not solely a mid-century invention.  Moreover, I truly appreciate a son perpetuating his father's legacy; I hope that I can make things "Wright" by emulating my own father (if not in my ability to operate a hammer without removing my thumbnail).  If you are ever planning a self-guided architectural tour of Los Angeles, be sure to include The Ennis and Sowden Houses on your itinerary! 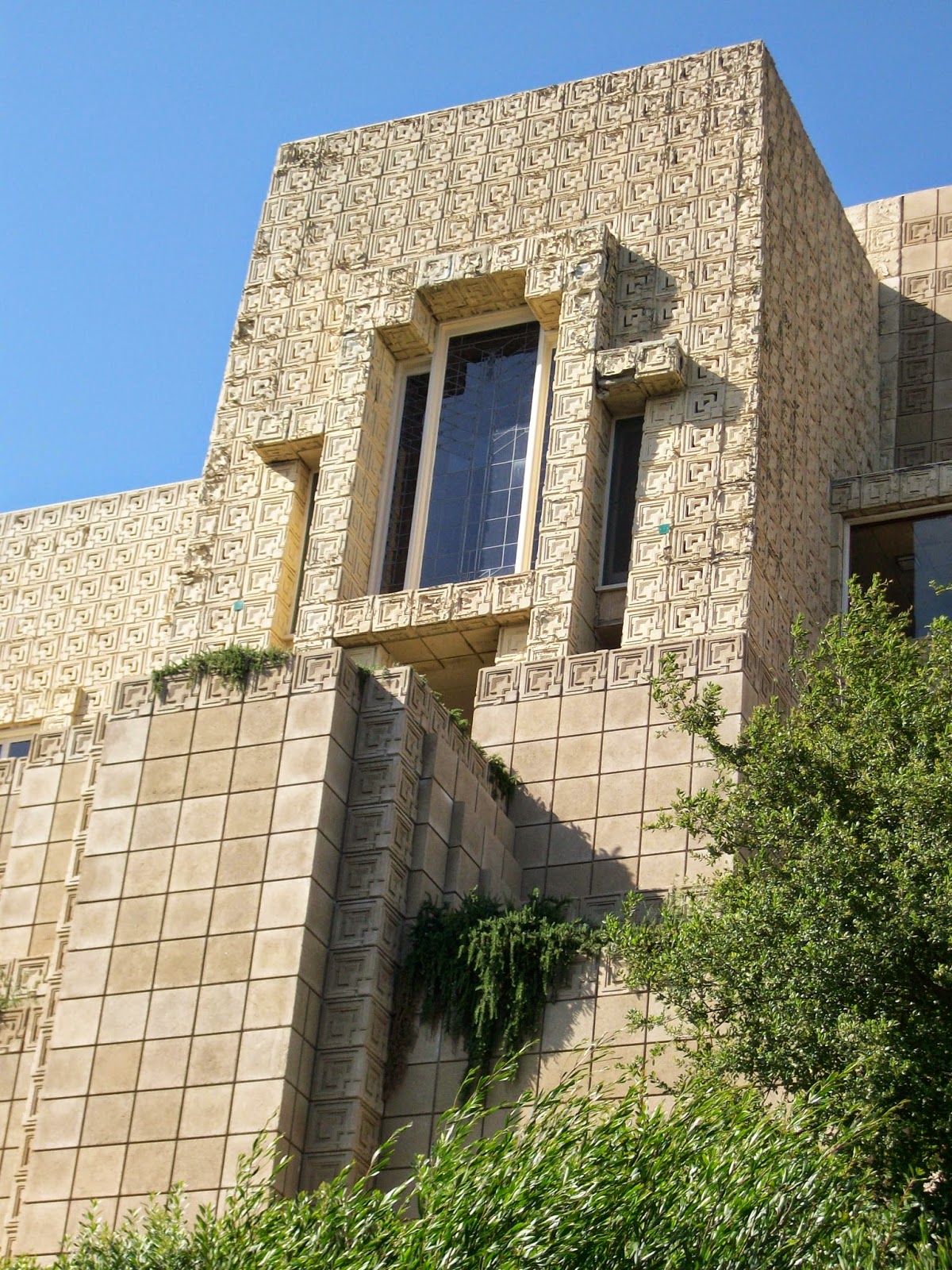 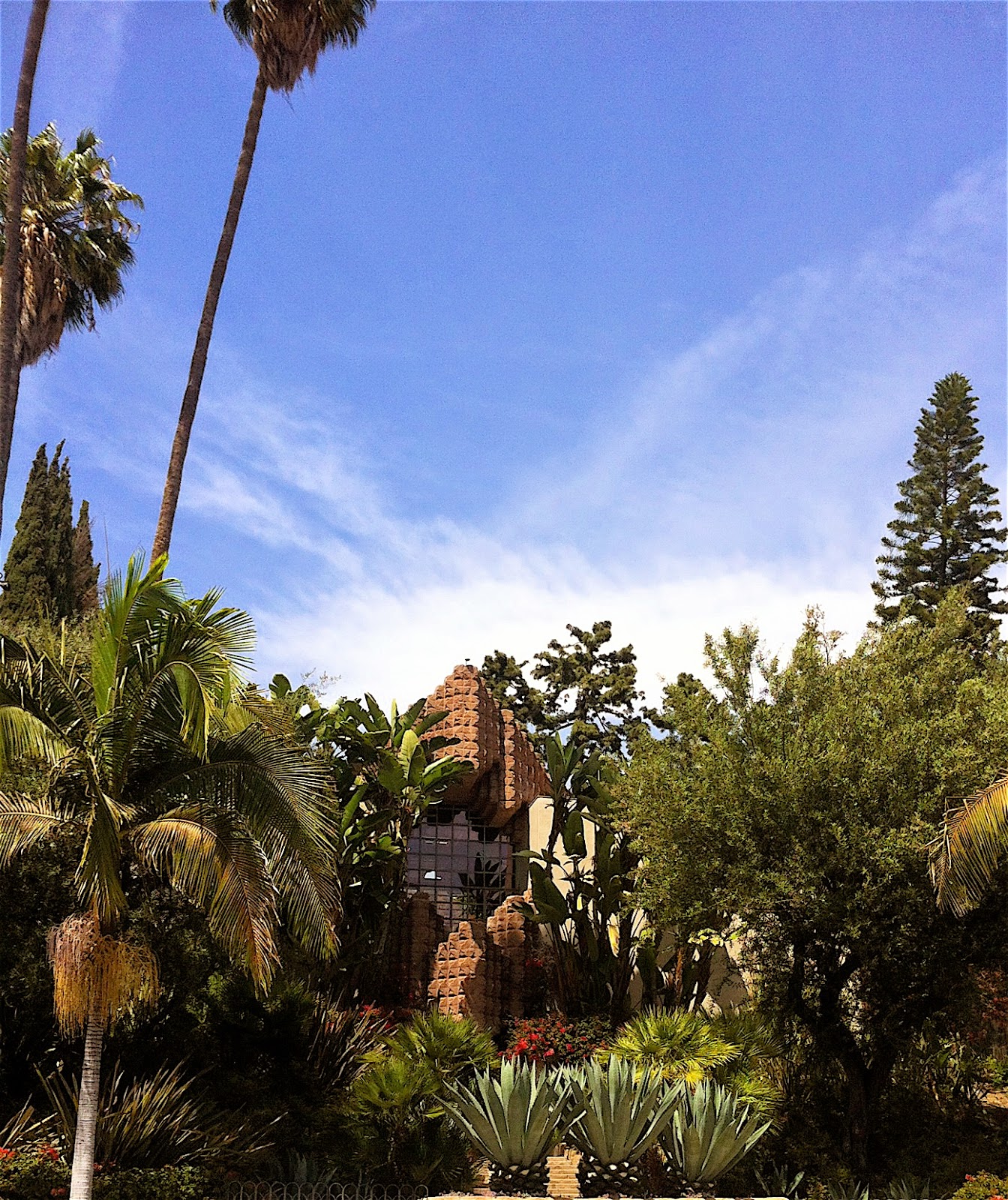