Raise your hand if you knew that Nell Carter was Jewish.  It was a surprise to me too.  Honestly, if you had shared that choice little tidbit with me last week, I would've said, "Gimme a break!"  And yet, the fact remains that Carter's remains rest in one of Los Angeles' largest Jewish cemeteries.


Now, it's been a long running joke at awards shows that the majority population in the business of show (Nell Carter included) descends from God's chosen people; after visiting Hillside Memorial Park in Los Angeles, it became clear to this wacky tacky WASP that the joke is funny because it's true.  One trip around the verdant grounds of this beautifully-maintained cemetery yields a veritable constellation of classic-Hollywood's biggest stars (of David).


The sole function of Hillside's largest monument appears merely to be a stunning architectural centerpiece in which six columns support an open rotunda from which spills forth a cascading waterfall.  This is more than just atmospheric grandeur guiding loved ones into the next life, however, this is all part of one man's grave. 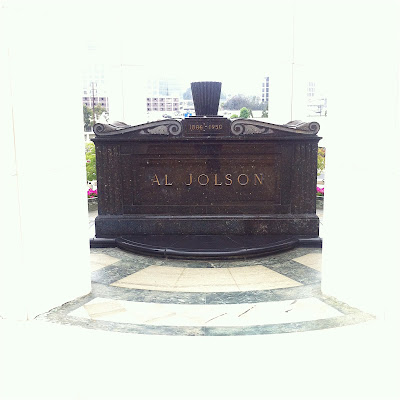 Directly behind Jolson's monument is the entrance to the mausoleum.  A reverential tone is set by the building's soaring panels of beautiful stained glass and its incredible light fixtures. 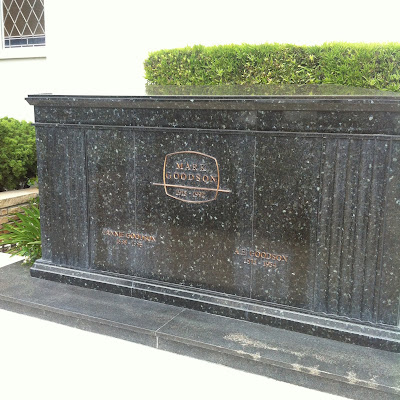 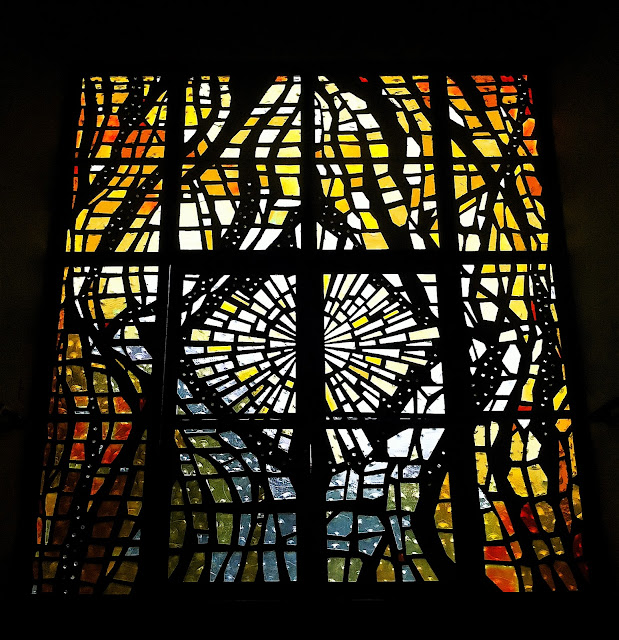 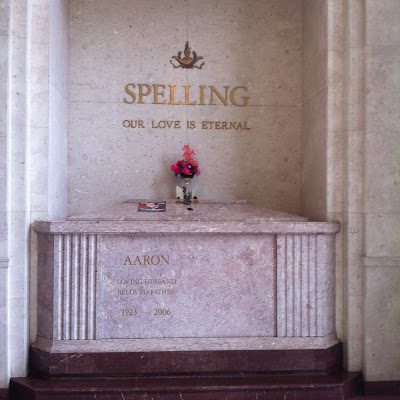 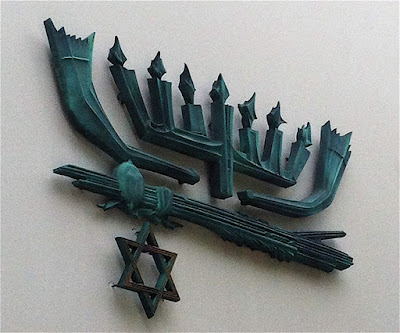 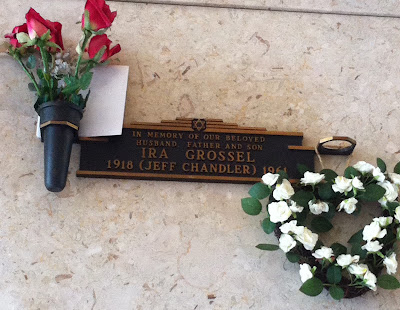 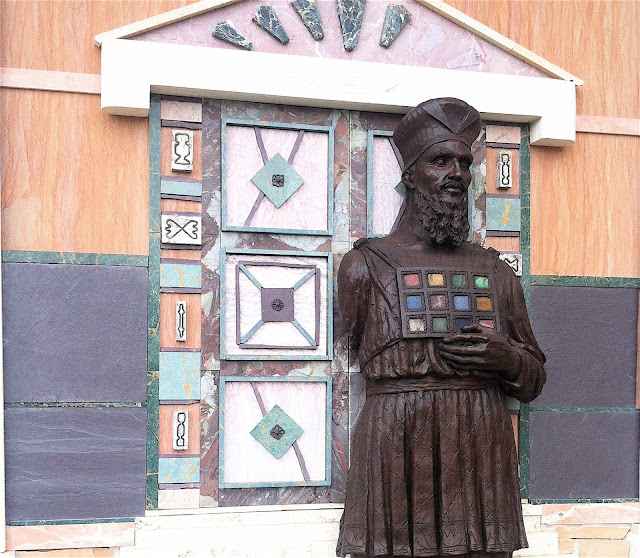 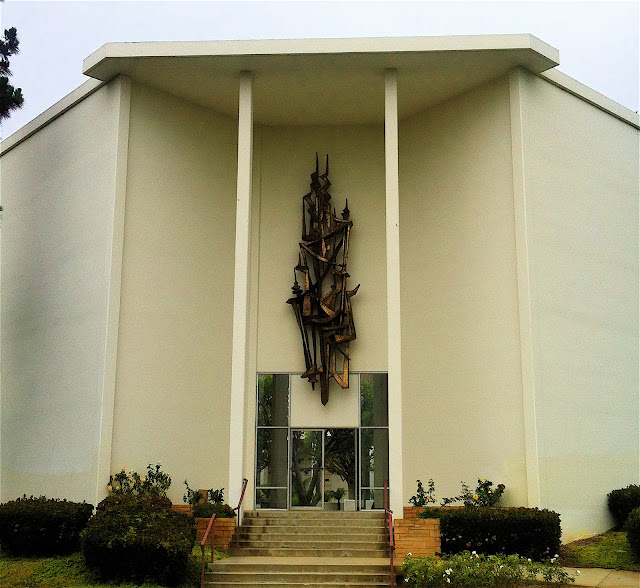 The neighboring grave sites of the Bonanza cast broadened our understanding of the term "family plot." 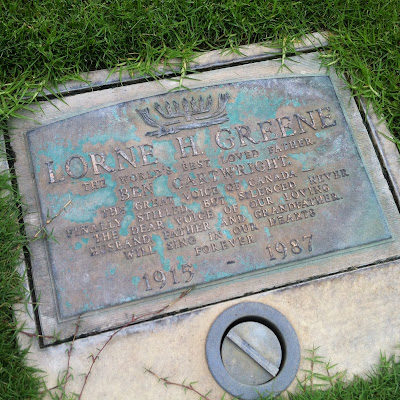 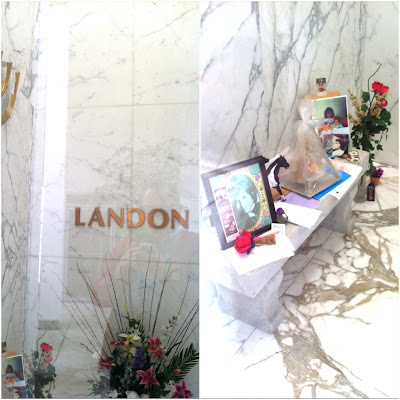 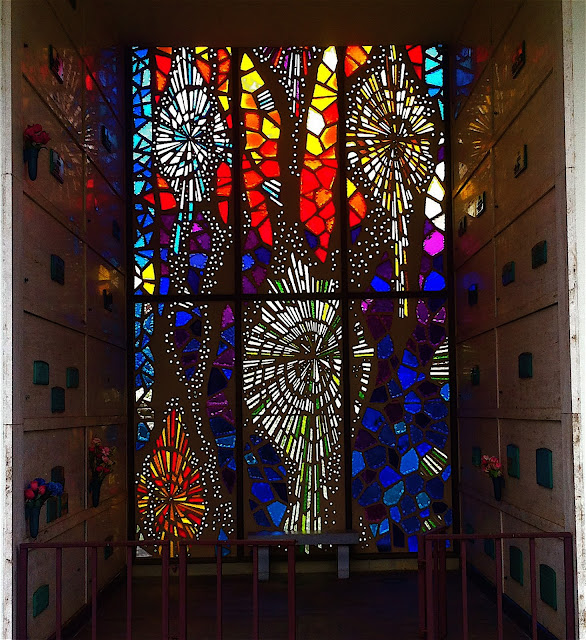 Like some kind of heavenly roast, a host of comedy legends made Hillside their final stop before going up to that big Friar's Club in the sky. 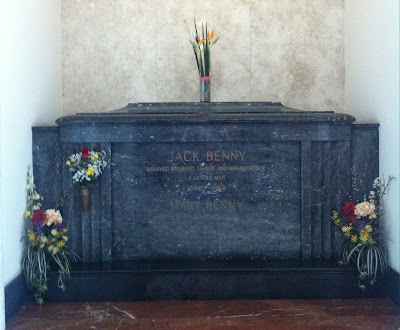 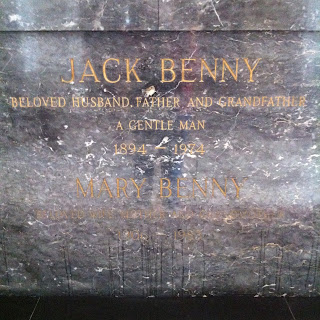 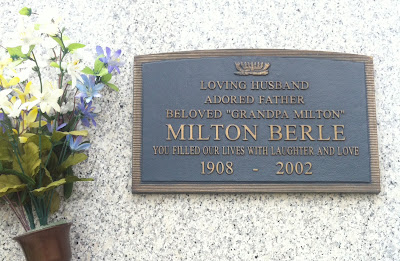 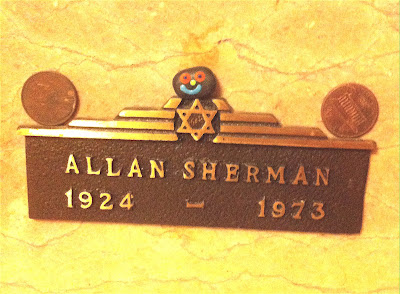 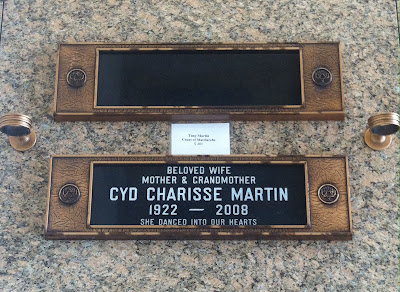 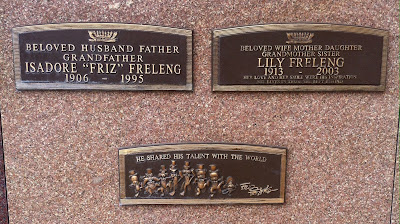 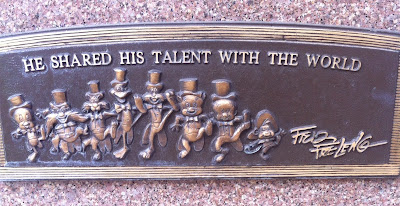 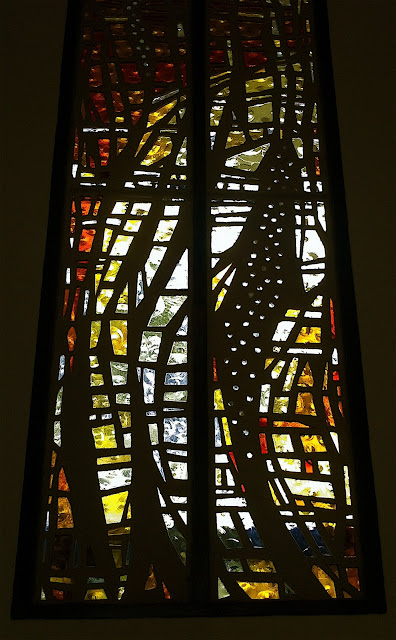 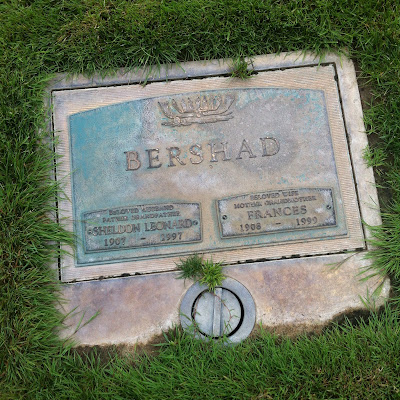 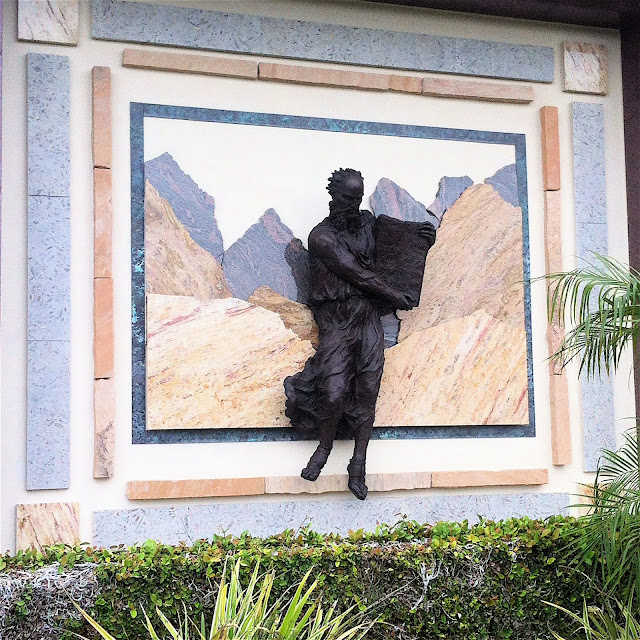 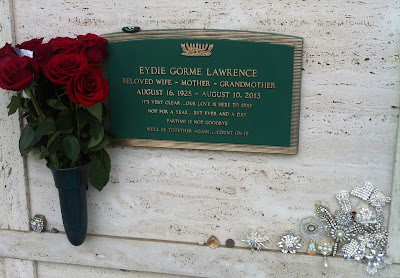 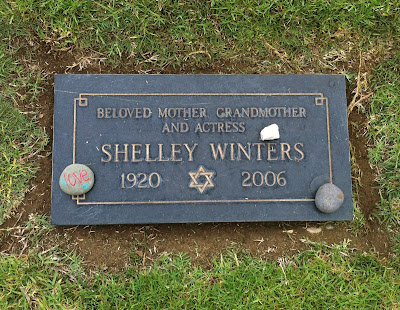 I was a bit reticent to include the next resident, as he was a convicted criminal responsible for all kinds of abominable activities during his rise to the top of the Los Angeles crime syndicate.  But you can't spell infamy without fam(e), right?  And even bad guys need to be laid to rest. 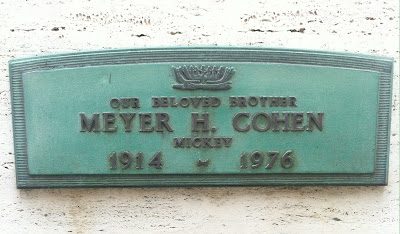 Other big names found within the grounds of Hillside Memorial park include Hammerin' Hank Greenberg, Tom Poston, Suzanne Pleshette, David Janssen, George Jessel, and the Max Factors (Junior and Senior).  The most recent addition to the star roster is none other than Mr. Spock himself, Leonard Nimoy. 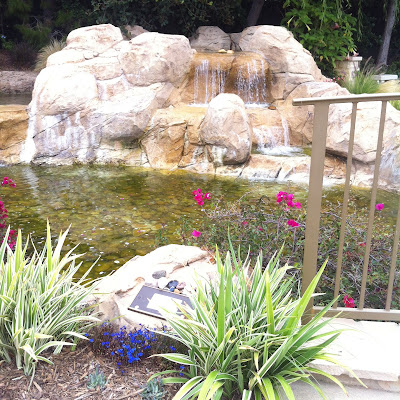 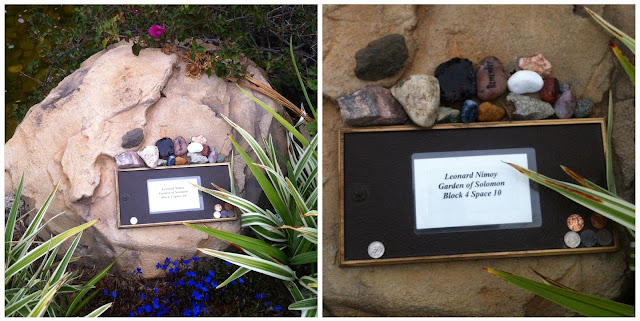 Sci-fi enthusiasts are another tribe to which I cannot count myself a member, but some icons of popular culture are so significant that they are able to transcend even my ignorance.  As I walked away from Nimoy's memorial towards the wacky wagon, I noticed a grave marker that featured a symbol that looked distinctly familiar.

Walking the grounds, contemplating death, and the meaning of celebrity, I heard a loud thud that broke the silent spell cast by a graveyard.  Looking around for the source of the noise, I saw a smudge on a large pane of glass that led into the mausoleum's foyer.  As if I needed another reminder of the fleeting nature of life, I looked down to see the lifeless body of a bird.

In the end, I suppose we're all here to learn something; I think it is just as Leonard Nimoy says in the song, "Nature Boy," written by Jewish mystic, Eden Ahbez.  "The greatest thing you'll ever learn is just to love and be loved in return."  Godspeed little bird! 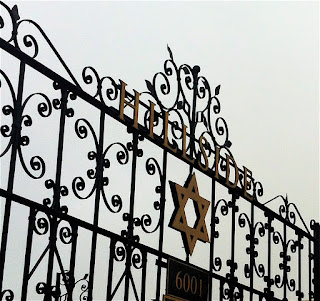