Sew What?! What's Black and White and WILD All Over?

There are two kinds of people in this world, Wanda Jackson fans and Janis Martin fans.  Although, perhaps it is too strong to characterize it as an issue of mutually-exclusive preferences.  Speaking in generalities, however, most folks familiar with the music of both artists fall firmly into one category or the other. 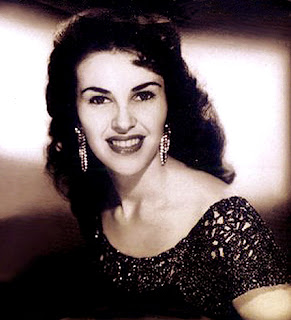 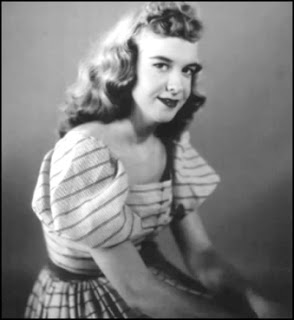 Wanda vs. Janis
Whose side are you on?
(clink on images for a link to the source)


In all honesty, I happen to enjoy the music of both performers but if I had to choose, without question, the choice would easily be Janis Martin, "The Female Elvis."   I just prefer her mellow, smooth, country-tinged voice to Ms. "Queen of Rockabilly" Jackson's well-known, raw, box-grater-in-a-blender vocal stylings.

The disappointment I experience over never having seen Janis Martin perform while she was alive is only assuaged by the fact that musicians, like Mary, are carrying on her musical tradition.  In keeping with the style and tone of Janis Martin, I made Mary a dress that is, to coin a new phrase, a little bit country and a little bit rock 'n roll.

More often than not, I stay away from a black and white color scheme.  For one thing, it becomes a trite and hackneyed story amongst a sub-culture dominated by an obsession with the pre-color-television world.  For another, I just prefer sewing in interesting and vivid colors and, in general, Mary prefers wearing them.  Though when we found this fabric, we new it had major possibilities.

Okay, okay, so as usual, I may have overstated my case just a tad.  Maybe it isn't such a black & white issue; there might be room in this world for folks who truly are fans of both of these legendary performers...even though legend has it that Wanda and Janis were pretty bitter rivals.

Putting rivalries aside, this dress is a kind of hybrid of the sweet, rockabilly darling (demure, tea-length full skirt) and the raging, rock 'n roll wild child (stark color story and brushstrokes printed with apparent abandon).  It bridges the gap between the "Female Elvis" and the female Elvis took out on the town.


Well, what do you say?  Between Wanda and Janis do you have a favorite?  Is there another female, roots rock 'n roller that strikes your fancy?  Do you create such elaborate and/or polarizing interpretations of the clothes you make and/or wear?